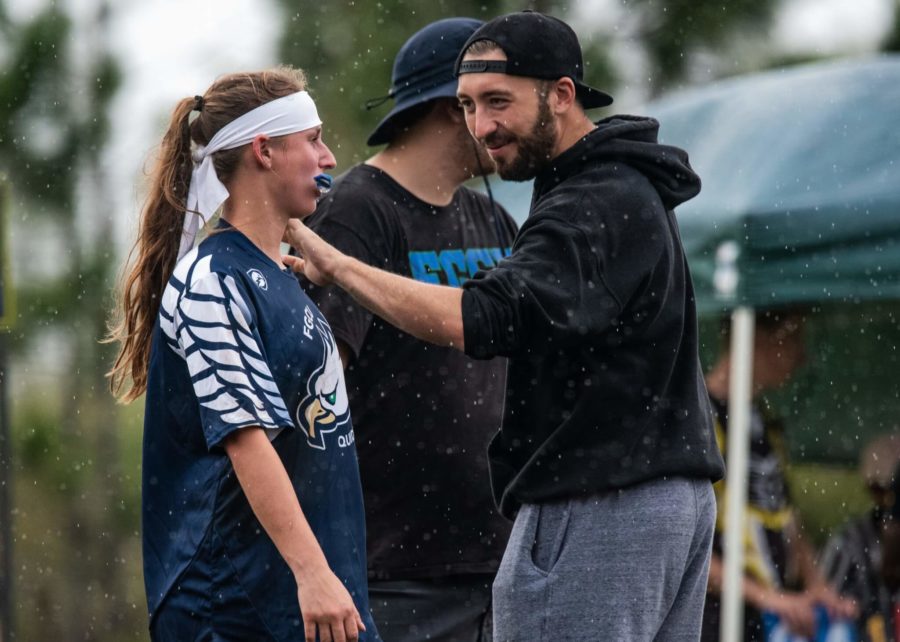 FGCU Quidditch Hopes To Get Back On The Field For 2020-2021; EN Photo by Julia Bonavita

By Jake Henning
Sports Editor
Just as we have our NCAA sports teams on campus, FGCU has a number of club sports that also operate throughout the year. Quidditch is one that has been very active and has gained more popularity while competing against other schools in the state, and also all over the country.
“Competing at Nationals is my big goal for this team,” said Juron. “We have a group that is dedicated for the sport and improving with every practice, and if the spring semester goes as planned I would love to see everyone on a flight to Salt Lake City.”
Last season, the FGCU Quidditch team competed in many different tournaments and even traveled to other states for matches.Before an abrupt end to their season last semester, they had a chance to compete in the South Regional Championship.
One of their members, Ryan Depontbriand, was even recognized as a USQ nationally nominated Beater.
With their numbers depleted to only nine members, the Quidditch clubs hoped to gain some new recruits for their season ahead.
“Full contact sports and COVID-19 are not two things that go together,” says Vice President Andrea Juron.
Quidditch has lost a couple of their members for fall due to COVID-19, so the club is taking all safety precautions for practice to keep everyone safe and comfortable.
The club has also been a big supporter of the other clubs on campus and attends multiple events hosted by the other sports clubs at FGCU.
FGCU Quidditch is hoping to get a schedule out soon, so that they can start recruiting for the 2020-2021 season.