The debate on confederate statues: offensive or historic? 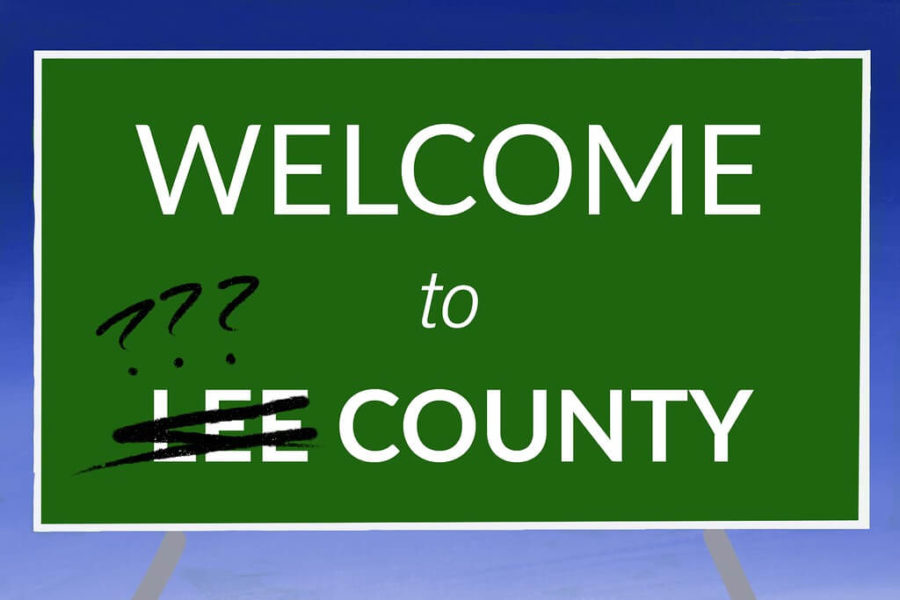 By Erica Fish
Staff Writer
The vote on the Robert E. Lee bust in downtown Fort Myers was just that… A bust.
Former slave and abolitionist Frederick Douglass once said, “We have to do with the past only as we can make it useful to the present and the future.”
The limits endured by those oppressed calluses what little comfortability there is left, especially when it deals with the ugliest sin of American history.
Since 1966, downtown Fort Myers has been the public stage for the bust of Robert E. Lee, an American Confederate General and leading commander of the Confederate States Army during the Civil War.
Initially dedicated to the city and Lee County when first erected, the bust represents more than just a bronze cast of a war figure.
“If you’re an African American resident and walk by a statue dedicated to a person who was a large slave-holder, who called for continued enslavement, who certainly didn’t see slaves as an equal citizen or person, and it’s been put up to idolize this person… Then that is a problem and is worth recognizing,” FGCU Social & Behavioral Sciences Professor Jeffrey Fortney said.
Context matters. The history of confederate monuments enforces oppression, and Fort Myers’ Robert E. Lee statue is a monument against racial integration.
“The funds that were raised for [the statue] were in an era when civil rights were being restrained, and it was put up in an era where Lee County was pushing against integration,” Fortney said.
Lee County was one of the last counties in Florida to desegregate with the Civil Rights Act of 1964, ending the county’s rights to school segregation.
So, why does the bust even exist? Why Lee?
“We live in a county where Robert E. Lee never stepped his foot into, though it’s named after him,” Fortney said. “And his bust is in downtown… That is a statement that I don’t know we should be making.”
“Another factor in this is Lee wouldn’t have wanted a statue. Lee was clear to not leave relics that would be continued cause for divide,” Fortney said.
Confederate memorial removals are driven by fighting white supremacy and holding the government accountable for its faults.
“It seems that people want statues and other historical depictions to remain intact because the preservation of past events is meaningful to some, and sometimes that’s hard to let go,” FGCU communication student Devon Tipton said.
“Some monuments such as slave owners of the South represent an evil side of history and one of a losing side,” Tipton said.  “A side that shouldn’t be represented today, as that’s not what the country stands for. Monuments that continue to oppress the freedom of others should be taken down, mainly because they’re offensive.”
When the Southern Confederacy formed, in its attempt to establish a new nation, an authority of a central government and retaining slavery as a protected practice; the Civil War resulted in over 600,000 killed when fighting for the rights they believed in from both the North and the South, according to the New York Times.
After the killing of George Floyd, protests fueled by racial tension have swept the nation. It cannot be denied that this has not been a problem, especially since America has faced other forms of past civil unrest.
“I suggest that people look beyond themselves and try to understand what it means to a city to be more interested in protecting a confederate bust than it does in wrongfully policing predominantly black neighborhoods,” FGCU student Tara Nichols said.
The Black Lives Matter movement has led the uprising to stand up to the present and ongoing racial oppression.
“When people understand that these statues are more than just rock for Black Americans, but rather oppressors put on pedestals, then the frustration in these conversations can be heard,” Nichols said.
Re-examining such monuments has led to confronting ongoing hate even further than before.
With this in mind, the majority of monuments erected did not immediately follow after the Civil War, but decades later.
“While I can agree with the sentiment that history is important, people feel that it is only something worth fighting for when their southern pride is at stake,” Nichols said.
There is a line when questioning whether confederate monuments should be displayed publicly, and reasons for memorialization should not be idolized by the lost cause of the once known southern beliefs.
“On a battlefield, no one is going to object to a statue of Robert E. Lee at Chancellorsville or Gettysburg because it is clear why is it going up,” Fortney said. “Now, if it’s downtown Fort Myers, putting it up there is a statement. The time the bust was erected was not accidental.”
Recently, the Fort Myers City Council voted unanimously to keep the statue down for now, but the council still has not decided to remove the bust permanently.
There are questions of who owns the plot the statue resides on and who has the right to take the bust down.
Keeping statues that emphasize the legacy of slavery makes it difficult to defend the presence of something that remains a trigger for oppression.
“In quoting W.E.B DuBois, Lee was a slave-holder, and he led the southern rebellion against the United States to defend slavery,” Fortney said. “If Robert E. Lee did not know the war was about slavery, he was a fool, and if he knew it was about slavery, he was a traitor. Not just to his nation, but to humanity’s God.”