The youth vote in the upcoming presidential election 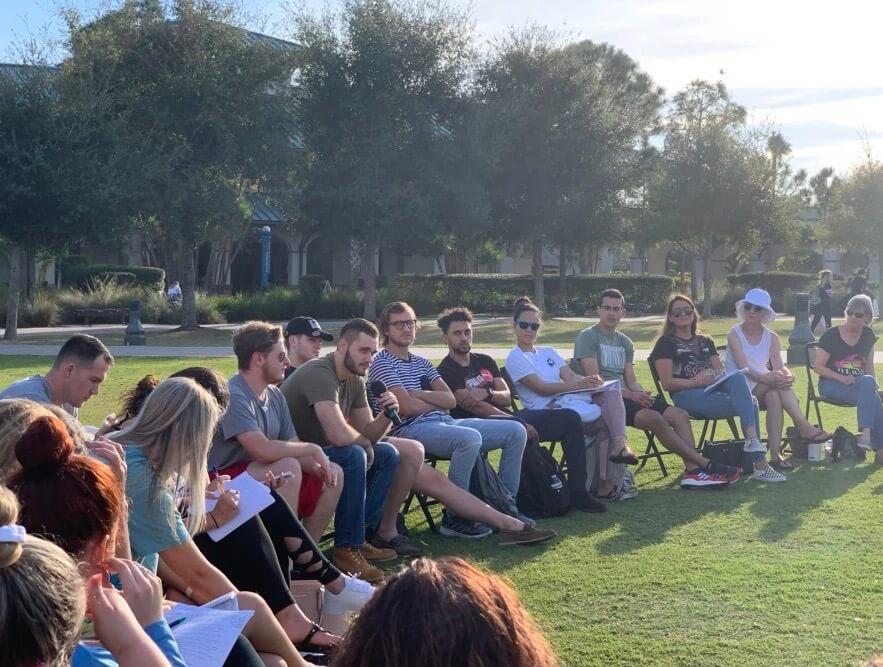 The United States is barreling towards a historic presidential election in November. Once again, the nation is looking to the youngest voters to cast their ballots.
“Young voters have the potential to make a significant impact, especially in swing states,” FGCU Political Science Professor, Dr. Sandra Pavelka said.
The youth vote could be a deciding factor in the 2020 election, but in a country that has one of the lowest rates of youth voter turnout in the world, according to Cambridge University Press, many young Americans are making the decision not to vote.
“I believe that to fix the broken system that we are in, we need to do more than voting,” Joe Campione, a sophomore at Florida SouthWestern State College, said. “I don’t know what that is, but voting is not going to do anything.”
This sentiment is not an uncommon one, but Pavelka said that while many young people will choose not to vote for personal reasons, it is important to continue to encourage those non-voters to turn out for this election.
“The youth vote absolutely matters,” Pavelka said. “Young voters will have an impact on the issues that they are passionate about.”
Pavelka also said, before turning up to the polls, people should educate themselves on the candidates.
Sierra Sawtelle, a junior at FGCU, has been registered to vote since she turned 18. She is doing research and familiarizing herself with the different candidates.
Sawtelle thinks it is irresponsible for people her age to choose not to vote.
“I think oftentimes young people choose not to vote because they think it doesn’t really affect them,” said Sawtelle. “Democracies only work when citizens voice their discomforts and approvals of what the people in power are doing.”
However, Campione has a different viewpoint. He is not registered to vote and never plans to be.
“I try to stay away from politics as much as possible. I would want to be part of the system if it was a good system, but our system is set up for failure,” said Campione.
Pavelka addressed these sorts of objections, asking young people to reconsider their positions and think about important issues.
“Identify with candidates who share your views and cast your ballot,” said Pavelka. “Your vote will count and make a difference.”