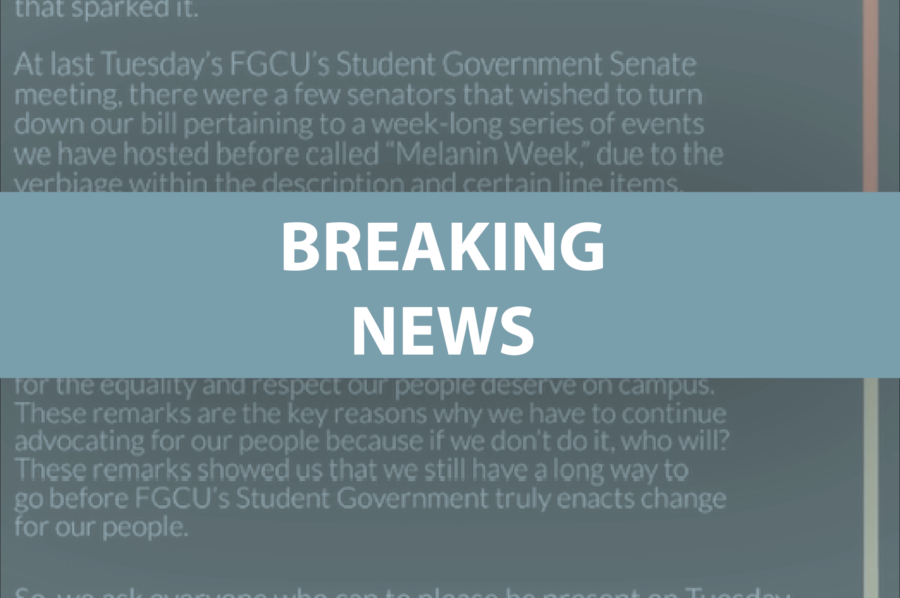 On Saturday, the Black Student Alliance (BSA) announced that it will host a peaceful demonstration in response to remarks made by student senators during last week’s meeting.
The meeting, which took place on January 26th, included discussion of a BSA bill proposal for a week of events called “Melanin Week.” The events would include networking opportunities and social events to help students become more acquainted with the black community on campus, while targeting social issues prevalent in today’s society.
According to a record of the senate meeting, Senator Nick Shepeard raised concerns about the use of the word “excellence” in the senate bill. Shepeard spoke about the definition of the word and said that the removal of this word would not invalidate the contribution of black students.
An anonymous senator who attended the meeting claimed that Shepeard said that the word “excellence” was a synonym for “superiority” and he didn’t want to establish the precedent that the senate supported any document that implied any race was superior. This claim was corroborated by another senator who attended the event but also wished to remain anonymous.
The two senators requested anonymity because they said they fear being alienated in student government.
“These kind of remarks are why we have to march and protest for the equality and respect our people deserve on campus,” quoted an Instagram post published last night by BSA’s Executive Board. “These remarks are the key reasons why we have to continue advocating for our people because if we don’t do it, who will?”
Senate President Carson Brown, Senator Nick Shepeard and Senator Tara Nichols were contacted about the statements made at the meeting. All three declined to comment on the discussion, citing the Florida Sunshine Law.
“I completely support BSA and its goal to empower and celebrate voices that are oftentimes marginalized on our campus and in our country,” Senate President Carson Brown said. “I will be attending the demonstration and participating in the march, both as an individual and on behalf of Senate.”
Senator Nick Shepeard said he too supports the BSA’s First Amendment right to a peaceful demonstration.
The “Melanin Week” bill will go into second reading on Tuesday, and the Senate will vote on its passage. Brown said that after the vote has taken place, senators will be free to discuss the specifics of what was said during the first reading.