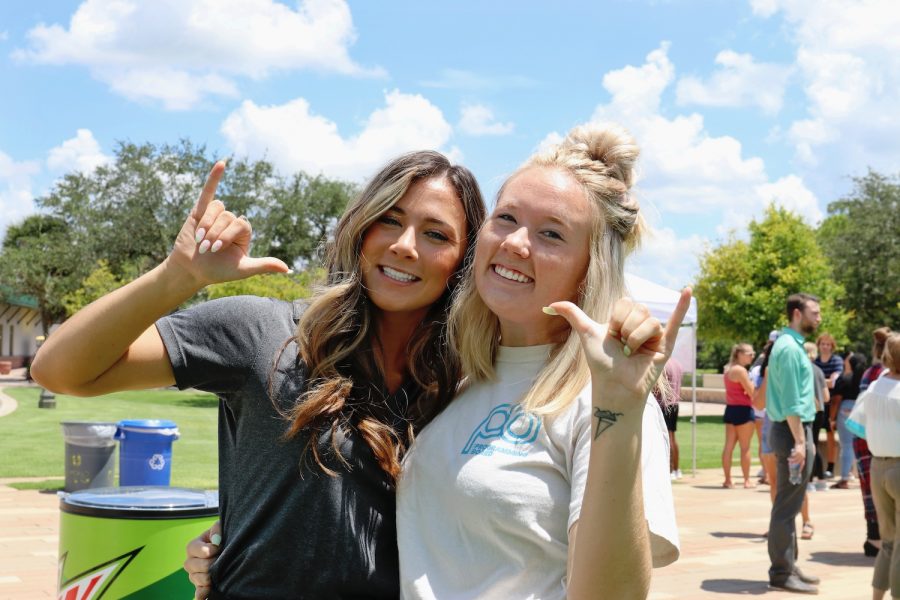 The school year is just beginning, and as classes kick off and the campus starts to settle down, Student Government leaders are preparing to introduce themselves to the student body. Alyssa Fleischer and Gracie Dougherty, the SG President and Vice President, were elected in March after running a campaign that emphasized approachability, engagement, and awareness. The pair want students to know that those goals are still their priorities.

“Together, we are all the student voice, and it is so important that that voice is heard!” Dougherty said. “So, all students should know that SG is here for them and that we are always ready to listen, take action, and advocate.”

Dougherty believes that SG is here to serve, represent, and support students. She is anticipating reaching out to the student body at events and meetings and she described her leadership style as very hands-on and open.

Fleischer hopes that Student Government can show up more for the student body in the coming months. She is looking forward to a safe return to campus and she said that she cannot wait to be reunited with her fellow eagles.

“I am looking forward to helping students transition into a new sense of normalcy,” Fleischer said. “So much has changed since we have all been back on campus and I believe our job as student representatives is to collect feedback and support our colleagues through this time.”

Incoming students will have a lot of great opportunities to get to know their representatives. Nick Asselin, a transfer student starting his first year at FGCU, doesn’t know much about SG or the people involved in it, but he’s interested in learning more.

“I think it’s important for students to kind of stay in the loop on what’s going on around campus and what Student Government is advocating for,” Asselin said. “Because maybe they’re advocating for something that you’re interested in.”

Fleischer said she wants students to learn who is representing them and what SG does. She joined Student Government because she has an unmatched passion for serving others and she hopes to find other passionate students who would also be interested in getting involved with the organization.

“I love what I do every single day,” she said. “Because of all of the students we can impact and initiate change for.”

Dougherty finds that being a part of Student Government allows her to advocate for students on a higher level. She thinks that it’s important for FGCU to have dedicated leaders who want to serve the student body.

“I am a part of SG because I truly care for FGCU and all the students who attend our university,” she said. “My ultimate hope for this year is that Student Government can be strongly present on campus and that we can work hard for all students to know that they have an SG that is representing and advocating for them!”