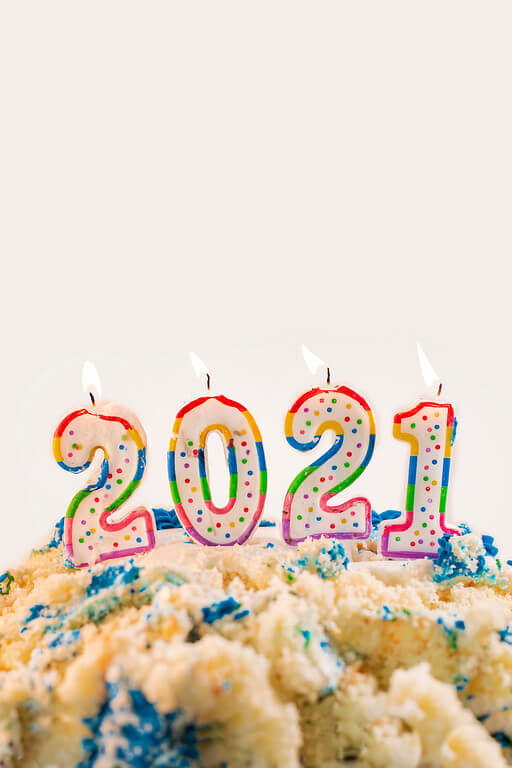 Last New Year’s Eve I was sitting in my living room, on the same couch that we’ve had since I was little, counting down from ten while watching the television in front of me. On the screen people were socially distanced, wearing masks because of the ongoing pandemic. It was nothing like any of the New Years’ specials I’d ever watched. Before I knew it the ball dropped, and it was midnight. I hugged my parents and mourned the year I had lost. It seemed like COVID had taken over our lives.

The Pfizer vaccine was just released and as we moved into the new year people were starting to get vaccinated. For the first time I felt like I was seeing the light at the end of the tunnel. My grandparents would be protected. We could finally take off our masks. I would be able to see people’s smiles in the grocery store again.

Six days after we rang in the new year, we saw our democracy face one of its darkest hours as rioters stormed the capitol building. I remember watching the notifications from Twitter and text messages from my friends flood my phone. I remember telling my parents and seeing my dad run from his office on the other side of the house to turn on the television. I stared in horror at the reporter standing on Capitol Hill. Even thousands of miles away, I was terrified. It reminded me of scenes I had watched in movies, people lined up with old-timey pitchforks and torches in protest. The only difference was that this wasn’t a movie- it was real life.

That was one of the lowest parts of the year for me, and soon after I went back to school. I had to learn how to be a regular student again. It was challenging after being mostly online for so long, but it was something that we all struggled through together.

“This year I had to retake a course which forced me to learn how to balance my social life and education,” Sophomore Natalie Simeus said. “I was able to succeed this semester as well as take multiple trips with friends and family. My favorite part of this year was definitely making memories!”

After graduating in a pandemic, I knew that starting college was going to be a challenge. It was so weird to come onto campus and have everything be so normal. I felt pretty invincible after I got my vaccine. The world seemed safe again for the first time.

“I joined the sailing club and in two months became the sailing president,” Freshman Cheyenne Middleton said. “I also made some new friends in a class I was expecting to be ethically challenging.”

All the campus events and the kind people here at FGCU made me fall in love with this school. I felt like I could really take advantage of the opportunities that the clubs and organizations had to offer. I was inspired by my peers, who seemed to be diving headfirst into everything.

“This past year I served as the first president of my sorority, Delta Gamma,” Senior Riley Marder said. “There were so many great aspects of this position, but my favorite part was definitely being a part of planning and executing our first signature philanthropy event, Anchor Splash! It was so great to see the whole Greek community support us and our philanthropy, Service for Sight.”

2021 has brought had a lot of highs and a lot of lows, but it will definitely be one for the books.