The Massacre that Brought Change 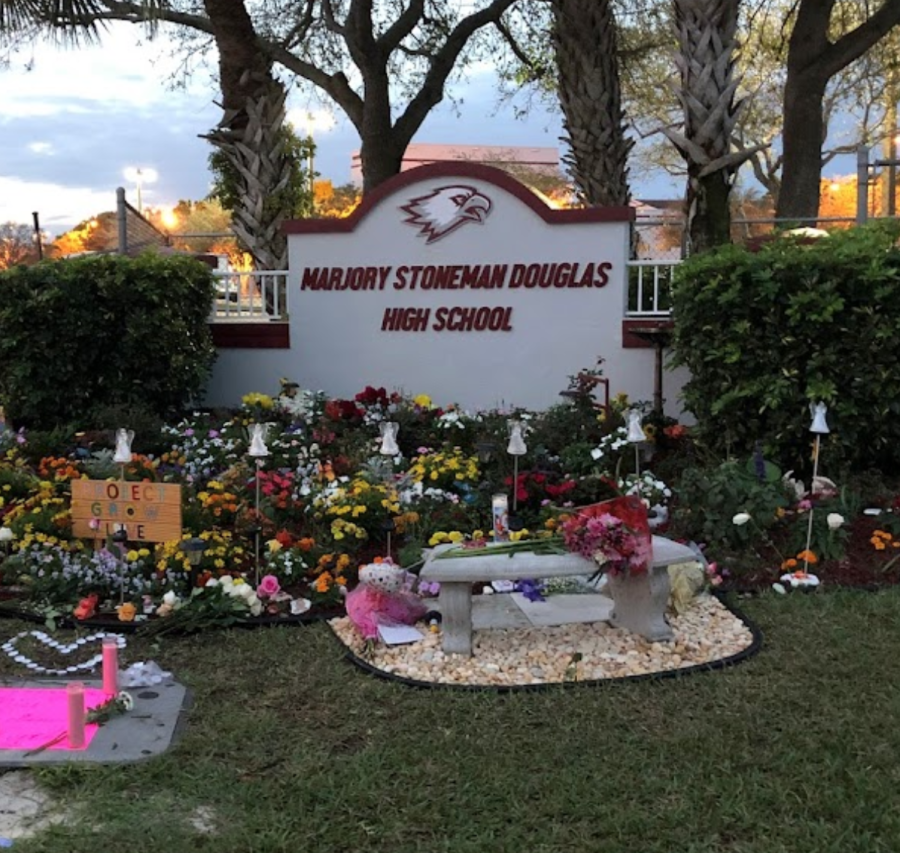 I don’t remember exactly how that day played out; it all just seems like a distant memory to me. I get flashes here and there, but time does not seem real. Feb. 14, 2018, will go down in history as the day that changed my life forever, a day that has left me with a lifetime of scars, PTSD, and confusion. This confusion stems from simple questions that are not limited to: “Why me? Why my school? Will I ever be the same person I was before?” So many of these questions will never be answered.

My boyfriend had asked me out the day before, so it was my first Valentine’s Day with a partner.

Honestly, I do not remember much. My memory from that day is pretty scrambled, but I do recall being happy, and walking around with my boyfriend. He took me to all of my classes that day, and the last time we saw each other was right before my last period.

It was Theatre Production, and the class was starting to wrap up when the fire alarm went off around 2:30 p.m., only ten minutes before school ended. It was common for the culinary class to set off alarms every now and then so no one thought too much of it. My class lined up and exited our room to the senior parking lot. This is when things start to blend together for me. I remember hearing faint popping noises and all of a sudden being pushed back into my classroom and into the back closet. This closet was decently sized, and we managed to fit around sixty students.

I was crammed in a cubicle of sorts under one of the counters, trying to make space for everyone. I remember my teacher trying to take attendance and one of my classmates yelling “shut the f*** up.” I remember seeing news stories with headlines that ranged from “Three shooters on Parkland Campus” to “Bomb Squad Spotted at High School” to “At least 100 dead in School Shooting”. My heart was racing out of my chest, and my parents kept trying to call me. I couldn’t answer in fear of being heard. I remember my boyfriend not responding to my texts and thinking I had lost the first person I ever loved.

I was in this closet till around 5:30 p.m. when the SWAT came to release us, but for me, it only felt like a few minutes had passed. We were taken out of the classroom and escorted around the school and to the road in front of it. I dropped all my belongings in the middle of the road and was shoved to the grassy side. I managed to find one of my cousins who also went to the school.

Her brother, another student at the school, had to stay back because he was in a classroom that lost people. My cousin and I escaped down Holmberg Road to our aunt’s house who lived nearby. We took sanctuary there and waited for our own parents to get through all the traffic and pick us up. My phone was almost dead and being swarmed with texts from every single person I had ever known, people whose numbers weren’t even saved in my phone.

It was a relief when, hours later, I managed to get back to my mom’s house, run a hot bath, decompress, and finally get a response from my boyfriend. In the months after, things were insane. I attended my first vigil and wake and I was in my first music video for a song that was written by two of my friends about the situation. Today, I am a sophomore majoring in Forensic Studies with a minor in Anthropology. I plan to graduate in Spring 2023 and attend graduate school. I want to work as a crime scene investigator and move back to Broward with my boyfriend. You could say this event has pushed me into this field, but it could have been all the crime shows I watched as a kid too. In the end, I just want to be able to help others in ways that I was helped, as well as in ways that I was not. I want to put people away who deserve it, but I hope it does not take the four years it has for my case. Over the years I’ve tried to advocate for more gun control policies as well as better mental health resources for those who need it. If we can prevent another tragedy, it is best to act now.