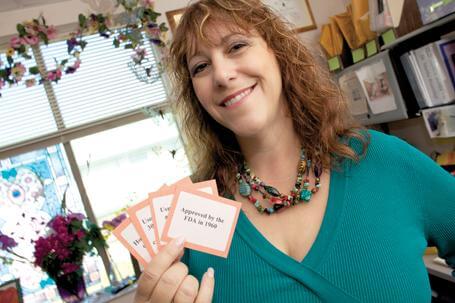 Martha Rosenthal, Ph.D. has been a tour de force in her relatively short literary career. Following the success of her previous published texts, “Human Sexuality from Cells to Society” and “Discoveries in Human Systems,” Florida Gulf Coast University’s very own professor of neuroscience and physiology was approached by Oxford University Press to publish her third textbook.
Focusing on the interconnectedness of drugs, society, and behavior, “Drugs from Cells to Society” has been years in the making and is slated for release at the end of next year
“I started on “Drugs from Cells to Society” one month after my previous book was published,” Rosenthal said, “and the process has taken two years, however the overall project has been four years in the making.”
Having gotten her Ph.D in neuroscience at UCLA, her master’s degree in neuropharmacology at Brown University and her B.A. in Biology at University of Virginia, Rosenthal’s primary background began in drugs.
“They are fascinating. These molecules change your world view, they influence your psyche and perception,” she said.
In publishing this textbook, Rosenthal is hoping to provide a clearly unbiased and scientific approach to a subject matter often shrouded in mystery, questionable policy and law making. The textbook will give access to both sides of the story, and give the reader the opportunity to critically evaluate and form an educated opinion of his own. Her textbook will address the history of all drugs and answer many questions commonly associated with the history of drugs within this world.
Rosenthal hopes that her book will help readers change their attitudes toward drugs.
“Changing attitudes will limit all the unnecessary hurt,” Rosenthal said.