It takes a village: New housing for 2016 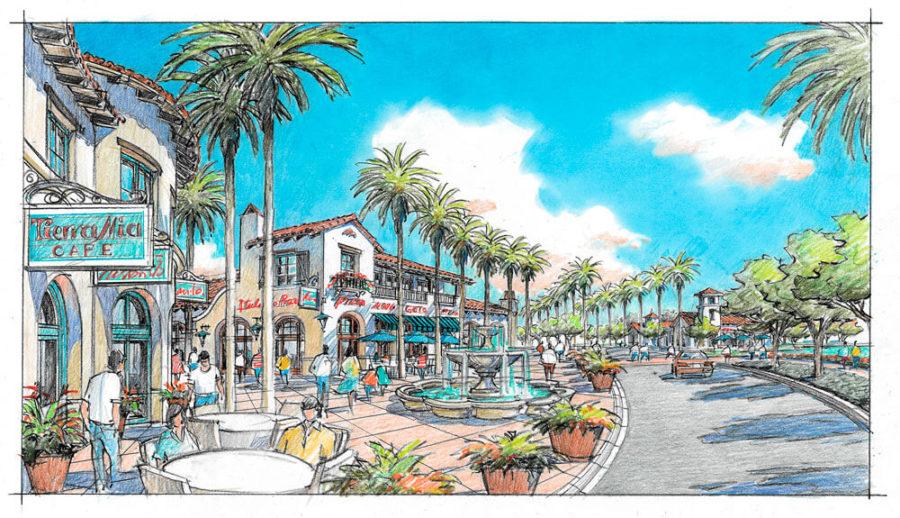 Miromar Development Corporation has that it will begin building housing for Florida Gulf Coast University students. University Village will be located just south of campus on the east side of Ben Hill Griffin and will span 100 acres.
With the growth of the student population, more off-campus housing has become pertinent. The university currently has more than 14,000 students enrolled and is projected to reach 22,000 students.
University Village will be comprised of two and four bedroom lakefront apartments in three-story garden-style buildings. The village will accommodate 1,400 students and each apartment building will be built near a central courtyard.
Students are excited about this expansion.
“Our school is growing and more people want to live off-campus after their freshman year. Gulf Coast Town Center is a great area for food and shopping, especially for people that live in West Lake Village, so offering more options is great,” said forensic studies major Amanda Johnson.
The complex will be the first privately owned space dedicated to FGCU’s use.
Coastal Village is the only other off-campus student housing facility, but unlike University Village, it does not offer shops and restaurants.
College Club was also an off campus non-university owned housing complex, however it was bought by FGCU in 2011 and turned into West Lake Village.
Currently, there are plans to build a roadway to connect the project to the main FGCU campus loop.
“The fact that there is going to be a road that leads straight to campus will make it easy for students who live there to stay connected to the campus while still living off-campus,” said senior communication major Kaitlyn Santucci.
A press release by Miromar Development described the retail environment of the development:
“University Village will provide off-campus housing, retail shops, coffee shops and restaurants.”
FGCU has welcomed the build-out with open arms. Currently, there are no plans to construct more on-campus housing, which leaves an open market for off-campus housing.
The university also battles a space issue, as the university is only able to build on half of its 760 acres.
According to a Naples Daily News article, FGCU and Miromar went to court last year when Miromar accused FGCU of developing outside of its 2010-20 campus master plan.
Following the lawsuit, President Wilson Bradshaw said that FGCU and Miromar are “very good friends.”
Miromar Development anticipates construction to begin in January 2015 and hopes to welcome its first students in fall 2016.
Private Equity Group has also announced plans of a possible off-campus student housing development to the north of campus. CenterPlace will sit on 886 acres of land on the southeast corner of Ben Hill Griffin Parkway and Alico Road.
The proposed project may have a road that connects to the FGCU campus and is expected to have a town center with shopping and restaurants, as well as a hotel and a conference center.