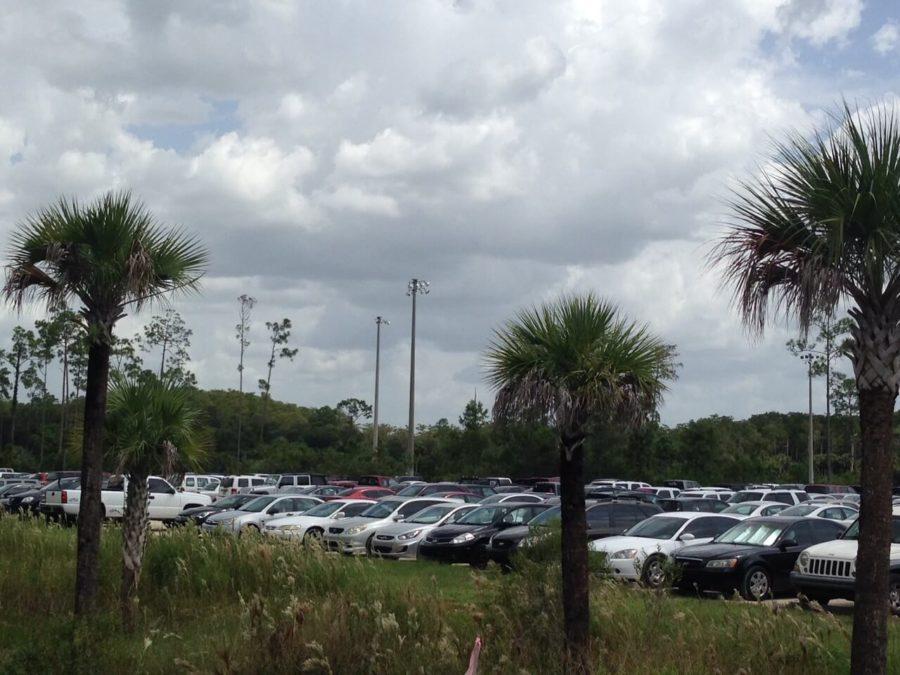 With about 14,000 students, Florida Gulf Coast University is rapidly growing, and for commuters, parking can be a hassle.
“It’s hell,” said Cari Bell, a commuter student. “I have to leave my house an hour before my class starts just because it takes so long to find a parking spot.”
According to University Police Chief Steven Moore, the struggle to find a parking spot isn’t because there aren’t enough spaces.
“It’s not that there’s not parking available, it’s that it’s not the closest available parking,” Moore said. “Everybody wants to park in Garages 3 and 4, but that’s not possible and there’s not any place to build another lot on that side of campus. The only place on future building is on the east side of the academic core.”
Chief Moore said that students prefer to park in Garages 3 and 4 due to their location in proximity to their classes. Garages 3 and 4 are located on the west side of the academic core near Merwin and Lutgert Hall. This causes a higher demand for these spaces and this demand is why the garages are filled all day.
The east side of the academic core is located near Auxiliary Lot 8 — more commonly known amongst students as the dirt lot.“I’ve never seen so many kids in the dirt lot,” Katrina Peterson, another commuter, said. “We’re a fast growing university.”
But with fast growth comes more academic buildings. According to Moore, Academic Building 9 is projected to be added to campus on the east side of the academic core within the next four or five years.
Moore also said that the university will address adding more parking when a new building is built, but with the current plan FGCU does not have any plans for additional parking garages or lots. However, he believes that there are plenty of spaces available for students.
“Any day of the week in Garage 2 the first and second floor are pretty much full, the third floor at best is about half full, and the fourth and fifth floors are empty. So we basically have a half empty garage,” Moore said.
Moore explained how the fourth and fifth floors of Garage 2, located near the Arts Complex, are actually closed off because nobody ever uses them.
“We have a couple of hundred spaces not utilized,” Moore said. “The issue now isn’t a shortage of parking spaces, it’s an issue of convenience.”
For students who have difficulty finding a parking spot or leaving the garages due to congestion, Moore recommends parking in Garage 1, Auxiliary Lot 8 or Garage 2. All of which are typically less crowded. “If people actually started using Garage 2, we would open up the fourth and fifth floor if it was needed,” Moore said. “Garage 2 has plenty of spaces.”