Eagles have great success at the FGCU Spring Invite 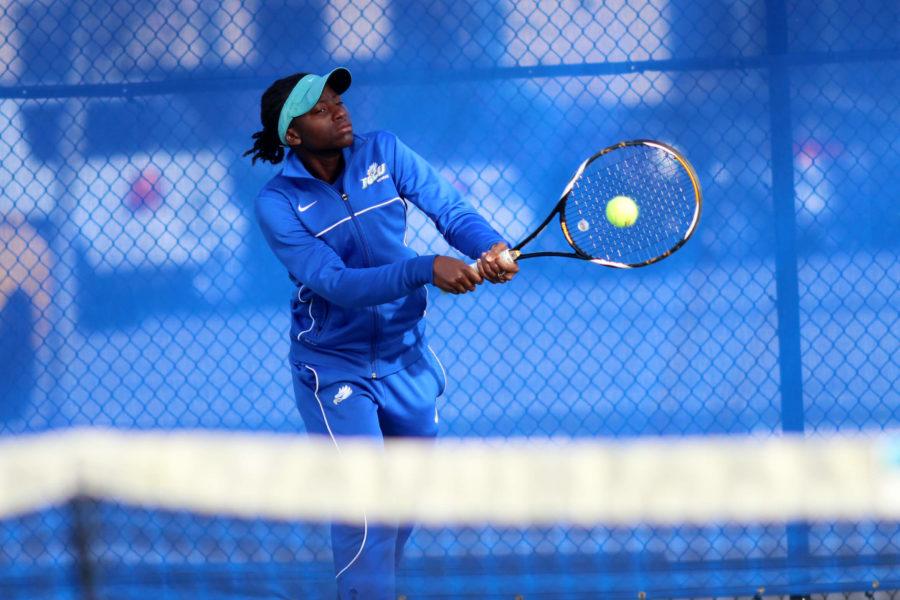 The Florida Gulf Coast University women’s tennis team hopes to carry its momentum from a successful FGCU Spring Invite to its dual match against the University of Central Florida on Friday.

“We want to continue to work on our goals to play an aggressive style of tennis,” coach Courtney Vernon said. “Also with the new scoring system, the girls need to work on being able to take advantage of the opportunities they have early on in games. I think this weekend they started seeing the importance of having to go for aggressive shots under pressure just because the games are shorter.”

Both teams advanced but lost their next doubles matches. The Meanses lost 7-6(2) to their Miami (Ohio) competitors and Sterkel and Stampfli lost to their Northwestern State competitors 7-5.

“It was a lot of fun to get matches in and compete against teams we usually don’t play against in season,” Sterkel said. “I played well and was happy with my performance.”

The final day of the invite was highlighted by six wins in singles play and the Meanses’ 6-0 win in the final doubles match against Arizona State University’s Heeps-Eriksen and Krsmanovic.

Elizabeth Means continued to play well on the final day of the invite. She won her first match of the day 6-2, 6-0 and won the B-Singles back draw final against her Northwestern State University competitor 6-4, 6-4.

“The girls got to play a lot of matches,” Vernon said. “We have a lot of things the girls are working on in their games so it was great because it was one match after another. They averaged three to four matches a day, which is an invaluable weekend, and we don’t really have those opportunities. I definitely noticed that they improved their games from the first day to yesterday.”

With the invite out of the way, the team looks forward to the rest of the spring season full of dual matches.