General Biology I, Statistical Methods are most frequently dropped courses at FGCU 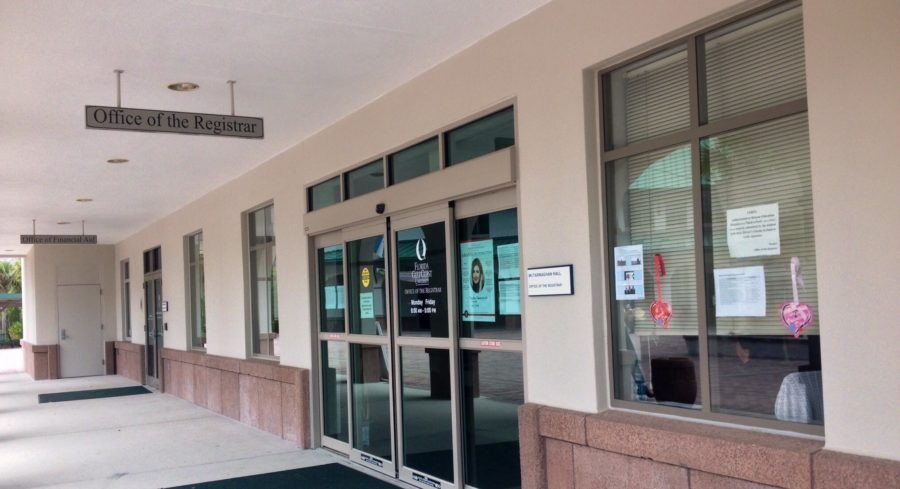 Maybe it’s because of a heavy course load. Maybe the professor speaks in a monotone. Maybe it’s an 8 a.m. For whatever reason, students at Florida Gulf Coast University decided to drop 2,827 classes last semester.

One of those students is Sebastiana Halpin, a senior psychology major who dropped a legal studies course last semester.

“I took Torts, because I was planning to dual major in legal studies,” Halpin said. “But then I realized I had no interest in that, so I dropped it.”

Torts is an upper-level course, but data from the Office of the Registrar shows that the most frequently dropped courses are lower-level courses. The five courses with the highest drop rates for the fall 2014 semester were: General Biology I with Lab (193 students dropped it), Statistical Methods (140), Principles of Microeconomics (113), General Chemistry I (102) and Understanding Visual and Performing Arts (92).

The reason these general and prerequisite courses have such high drop rates may be just that — they are general courses that all students must take. Everyone has to take Statistical Methods, so it makes sense that 140 people dropped it in the fall 2014 semester. An upper-level course enrolls fewer students, so is less likely to have such a high number of drops.

Matthew Palmtag, a professor who has been teaching General Biology I and the partnering lab for 10 years, says that freshmen aren’t always prepared for the level of studying a college course can require.

“It is critical thinking and information intensive, and many students that come from high school haven’t had the opportunity to develop the study skills that are required for this course,” Palmtag said. “There’s ample time in the semester to develop those skills, but the student has to want it.”

During the six-day program, students attended lectures, learned studying techniques and took one exam each day on the material they had covered the day before.

“We had 35 students, and in our opinion it was very successful,” Palmtag said. He and Allman are working now on evaluating the actual effect of the boot camp. They plan on continuing with the boot camp next summer because of positive feedback they have gotten from current students who participated in it.

The number of drops does not stand out to FGCU Registrar Susan Byars as being higher or lower than previous semesters.

“The numbers are pretty much staying consistent,” Byars said. “They may go up a tiny bit as our student population goes up, but that’s very minute.”

Friday, Jan. 9 was the last day for students to drop a course and receive a full refund, but Byars says students can still withdraw from classes without an academic penalty until March 27. Drops after that date will result in a negative mark on student transcripts, unless the student applies for medical withdrawal at the Office of the Registrar or late withdrawal with his or her college.