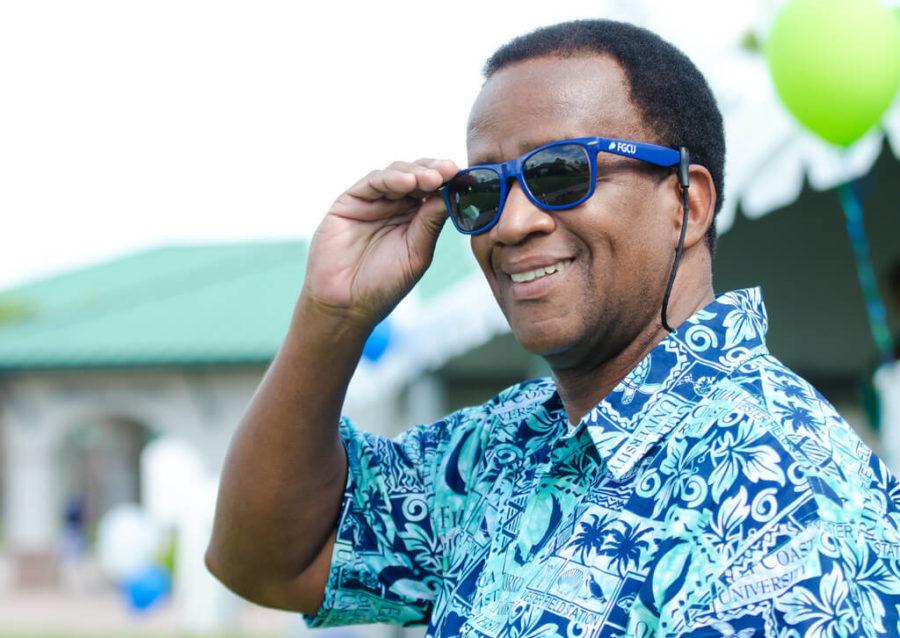 FGCU President Wilson Bradshaw was one of the few standout community members honored by the Rotary Club of Estero at its end of the year celebration, June 23.
Bradshaw was given a Paul Harris Fellow recognition, which is earned by donating $1000 to the Rotary Foundation of Rotary International. This award, which began as a way to show appreciation for the recipient and thus encourage sizable donations, has been around for nearly 60 years.
Bradshaw’s recognition was likely due in large part to his on-campus and community-wide service. Before spreading his wings here at FGCU, Bradshaw served as vice president, dean, and provost of some notable universities along the east coast. Now, on top of his position as president of the university these past eight years, he manages to also remain active in local organizations dealing with environmental, social and educational issues.
With this recognition, Bradshaw becomes part of the ever-growing community of Paul Harris Fellows, which now totals at 1.5 million Rotarians. Some notable members of this group include former U.S. president and Noble Peace Prize winner, Jimmy Carter and U.S. astronaut James Lovell, amongst others.