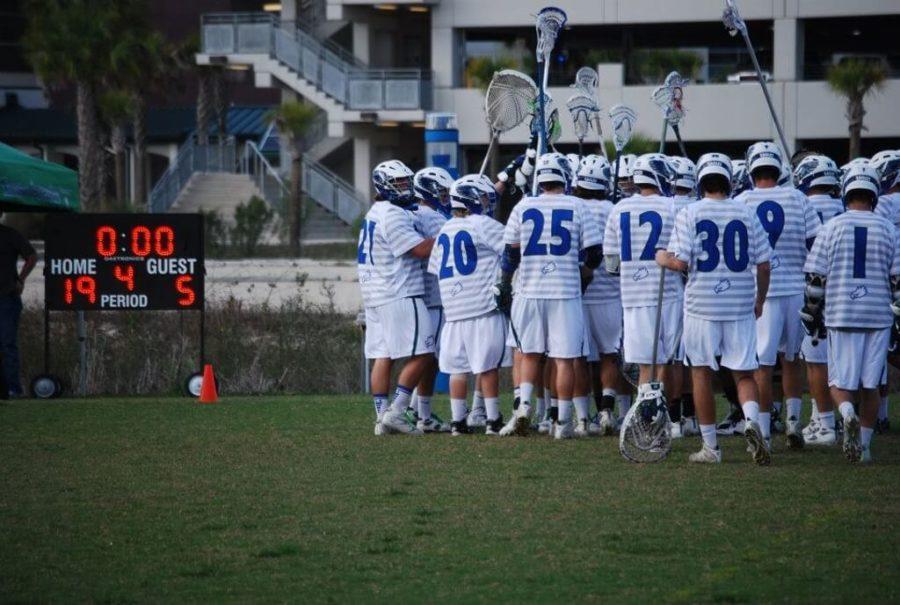 FGCU men’s lacrosse appealed its sanctions Sept. 16 after being found guilty by the Sports Club Council of being at least $16,000 in debt. The nationally recognized team was indefinitely suspended earlier this fall and told that if it didn’t pay off its debt by the December 2015 deadline, the team would cease to exist. It was also declared that the team would be ineligible for national tournament play, even if it paid off its debt.

Jacob Johnson, president of the FGCU men’s lacrosse team, told Eagle News he was appealing for the opportunity to play in post-season competitions, hoping to return to nationals.

The sanctions against the team were appealed, and because the team repaid every cent of its debt and then some, the team may resume play immediately. However, the team will remain on probation until June 2016 and may not compete in the national tournament, should they qualify for it again.

“The officers have conducted themselves in a positive manner and are working hard to make sure the club maintains student-leader focus administratively,” Amy Swingle, the director of Campus Recreation. “We look forward to seeing the club compete this spring and be back as a stronger club team.”

Originally, the team was ineligible for any and all activity after building over $16,000 of debt for personalized gear and travel expenses.

Swingle said the team was allocated a total of $18,432.90 for the 2014-15 fiscal year by Student Government. Each club team manages its on-campus account with the funding provided to them, along with a personal account off campus that is self-managed by the club. Any club team looking to spend its provided on-campus funding must fill out a spending request form before doing so.

The team’s finances are managed by a team treasurer. The treasurer for the 2014-15 year has graduated and will not be facing any of the sanctions left with the rest of the team.