Students unite for their brother 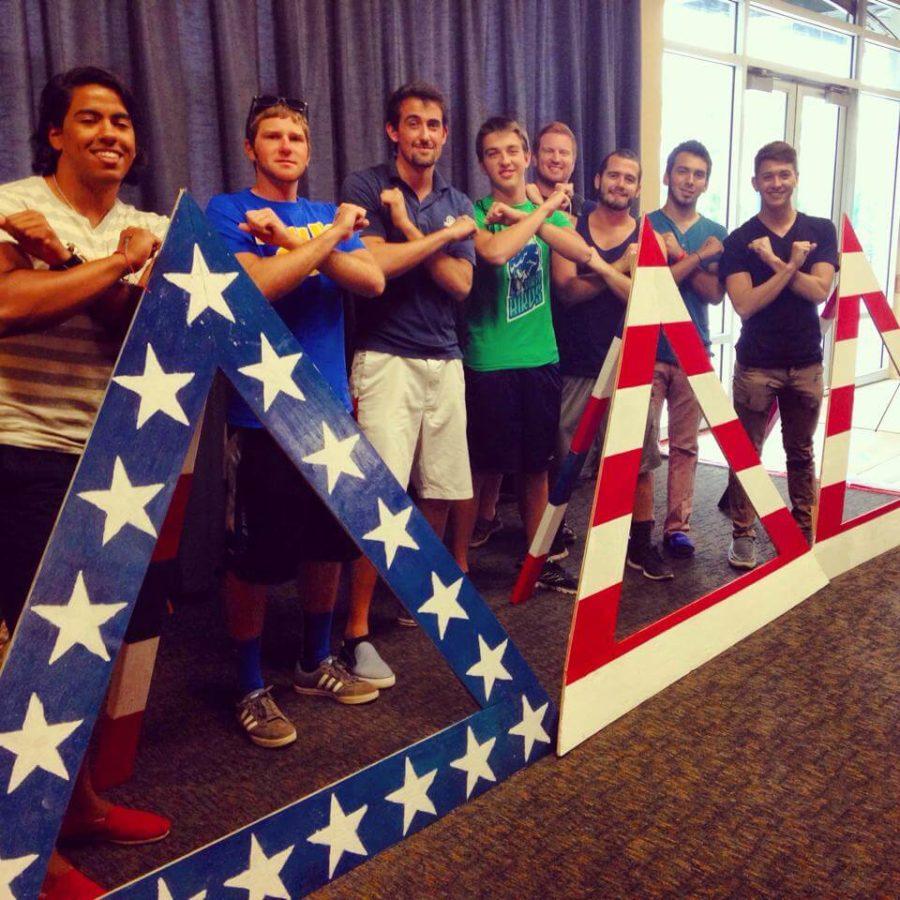 Dominic Cardenas (second from right) dropped out of his fraternity and school to enjoy life.

When Dominic Cardenas, 21, a former member of Sigma Phi Epsilon fraternity, was recently diagnosed with stage four primary brain cancer, friends, brothers and a portion of the student body managed to raise more than $3,000 in four days to offset the cost of chemotherapy.
“All the brothers of SigEp are greatly affected by what Dom is going through,” said Joseph Novicky, one of Cardenas’ fraternity brothers. “He is just like family to us.”
A native of Punta Gorda, Cardenas was an FGCU student in his junior year. He was majoring in marketing before he dropped his courses — as well as his fraternity membership — after being diagnosed.
Cardenas was suffering from a headache that would not go away for about a week or two. When he went to the doctor, they conducted a CT scan and an MRI of his head. On Sept. 2, the results of the scans found that Cardenas had developed glioblastomas, which are highly malignant and aggressive tumors. Doctors predict that he has anywhere from nine months to six years to live.
Earlier this month, Cardenas underwent surgery to remove the tumor. He will be receiving chemotherapy in Tampa at Moffitt Cancer Center Monday through Friday for six weeks to six months, depending on the process of the initial first weeks.
“They caught it early enough that they could perform surgery and slow (the process of the cancer) down,” said Cardenas said. “That is the purpose of the treatment, to control the cancer.”
Aric Popovich, a fellow brother and best friend of Cardenas, founded a GoFundMe page that brings awareness to the type of cancer he has, as well as giving students and friends a way to donate to the cause.
“I’ve been good friends with Dom since I first met him back in my freshman year of high school,” Popovich said. “We had the same close knit of friends then, and both he and I went to FGCU together. From there, our friendship really grew as we hung out all the time. We rushed SigEp together in spring 2014 and continued our friendship through there while meeting other people.
I wanted to create the GoFundMe page not just because I knew chemo is a financial burden, but it’s a great way to get money fast for him.” Popovich said.
Popovich said there also are plans to do other fundraisers for him.
“When the chapter got the news, they took it to heart and wanted to get involved,” said Priya Thomas, faculty/staff adviser. “Current and past members have all shown support and I’m glad that we can do that for him.”
In its four days of existence, the fundraiser, donning the name “SigEp Strong for Dom,” has collected $3,338 with 92 participants. The page describes Cardenas as “a man that has never said no to anyone” and that someone who would help anyone at the drop of a hat.
According to Novicky, the FGCU SigEp chapter will be hosting events in the future in effort to increase awareness of primary brain cancer in support of their brother.
Cardenas is spending his time working to save money for the treatments, but has no further plans after the sessions begin.
“I want to thank everyone that has donated to the GoFundMe,” Cardenas said. “I love my brothers and thank them for everything they’ve done for me.”