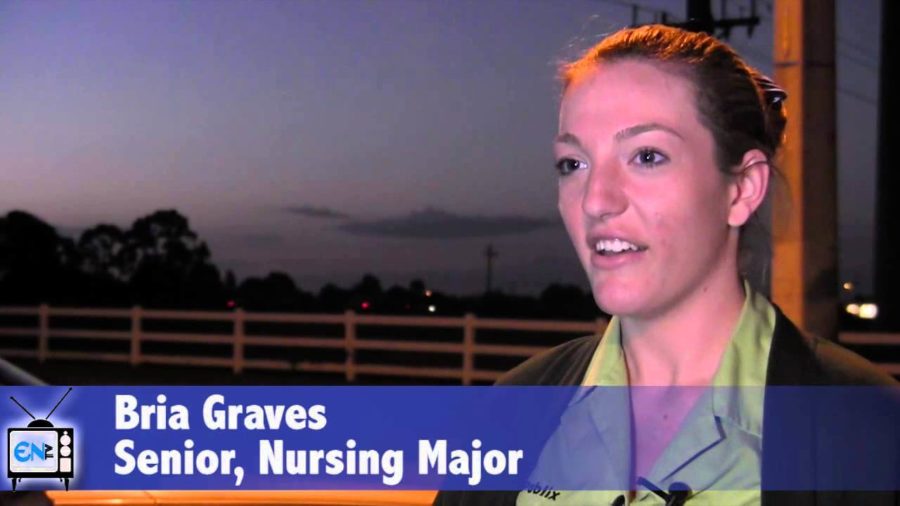 A shooting Saturday night at the ninth annual ZombiCon claimed the life of one man and injured five other people in downtown Fort Myers. All injured victims suffered non-life-threatening injuries, four were transported to Lee Memorial hospital, while the fifth suffered a laceration and refused medical attention.

According to the Fort Myers Police Department, the shooting happened around 11:45 p.m. in front of Capone’s Coal Fired Pizza restaurant at 2224 First St., near the corner of First and Dean streets.

FGCU student Holden Worrell was inside the pizzeria, about 30 feet from the shooter, when the shots were fired.

“I could clearly see him go down from my view of the window. I saw the shooter pull the trigger and I saw [Taylor] get shot,” Worrell said.

Worrell, 19, who has experience in military training, graduating third in his class sniper school, was able to put his training to use in the chaos that followed the shooting.

“As soon as it happened, I pulled my friends together and I sat them behind a brick column, so that they’d be safe” Worrell said. “I started flipping over tables so that the people who were still standing, scared, could hide under them.  I started pushing people under the booths, cause it’s what I was trained to do.”

Worrell, his friends and the remaining patrons in the restaurant were told to leave by police, who closed off the area as a crime scene.

“I was skeptical about going outside,” Worrell said, “cause I didn’t know which direction the shooter went.”

Attendees were dressed in bloody costumes, masks, and some wielded fake firearms and weapons, making it difficult for police to determine which were real at first glance. Worrell says that when he and his friends left through the back of the restaurant, they saw a man walking with an assault rifle.

“Everyone began screaming and running away,” Worrell said.

Worrell said that he felt uneasy early in the night about the amount of people, abundance of fake weapons and lack of security at entrances.

“I knew that it was going to be a stressful night,” Worrell said, “I remember saying that this could go really wrong.”

More than 20,000 people were expected to attend the popular event, many of whom were FGCU students.

FGCU hospitality and resort management student Kiana Rappa, 20, was a few blocks away when she heard the gunshots.

“At first we were all confused and weren’t sure what the noise was, then I knew they were gunshots when I saw officers rushing over to the spot,” Rappa said. “People were running away and so I started running with them, from what I assumed was from the armed shooter. I took the long way around to get to my friend’s car.”

Video footage circulating around social media show large crowds of attendees dressed up as variations of zombies and zombie victims running away immediately following the sound of gunshots, making it difficult to identify costumes from victims. Police immediately closed off the area and downtown was shut down.

According to university spokeswoman Susan Evans, a student by the name of Kyle Garrick Forbes-Roberts with a mailing address in Port Charlotte has attended the university since Fall 2013.

Roberts’ Facebook page notes his attendance at FGCU in addition to being a member of the Sigma Chi Fraternity.

Tyree Hunter, a business management student at FGCU, was hit in the right calf. Hunter was reported to have returned to class in crutches on Monday. Roberts is recovering at home.

Including Sunday’s shooting, there have been three shootings in Fort Myers in the past week, one near Fowler Street on Monday afternoon, and one at the Cigar Bar in Fort Myers on Oct. 13.

Following the shooting, the organizers of ZombiCon, Pushing DaiZies, Inc. released a statement at 3:18 a.m. Sunday morning via email.

“We take the safety of our patrons very seriously and take precautions in hiring security and police officers for our annual event,” states Rachel Telfor, security coordinator.

“Our prayers go out to the family members and individuals involved in the incident,” said Janet DeMarco, founder. “We are extremely confident in the Fort Myers Police Department and the actions they are taking to apprehend the assailant.  Their response was quick an efficient to the incident.”

As of Tuesday evening, the shooter was still at large.

In a press conference Monday afternoon, FMPD released a description of the shooter as a white or possibly Hispanic man in his late teens or early 20s who was wearing a black t-shirt, black and red flat-billed ball cap, and was seen firing a black, semi-automatic handgun and fleeing westbound on First Street toward the federal courthouse.

Police are still seeking help from the public to come forward with videos, photos and any other witness accounts of the shooting, in order to help find the suspect.

According to Crime Stoppers, as of 6 p.m. Monday, more than 50 anonymous tips have been made to Crime Stoppers and Fort Myers police have seen a wave of photo and video footage that might help identify the shooter.