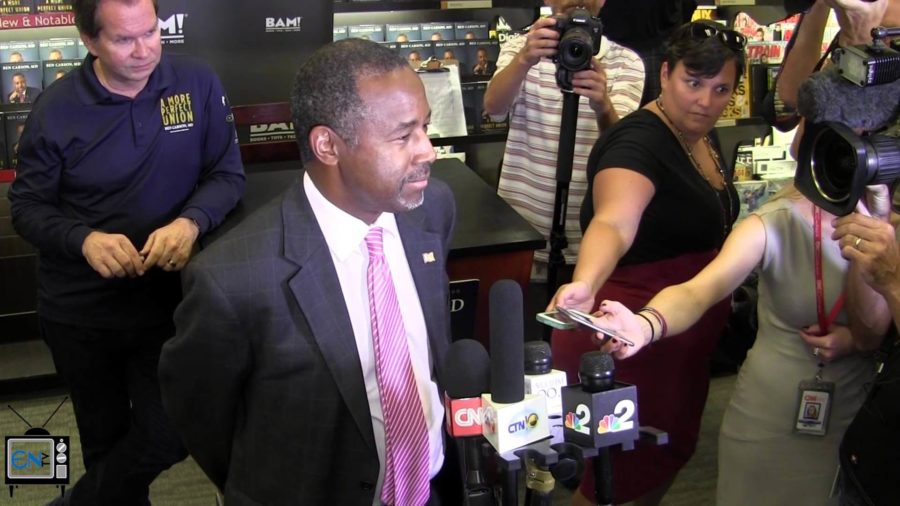 This afternoon, more than a thousand people flooded the Books-A-Million at The Forum  for Republican presidential hopeful Ben Carson’s book signing. Carson is not only the first neurosurgeon to run for president but also the first to publish a book on the U.S. Constitution.


Carson’s latest volume, entitled “A More Perfect Union: What We the People Can Do to Reclaim Our Constitutional Liberties,” focuses on the Constitution, encouraging Americans to read and think about its words more carefully.
The title of the novel, in fact, drew its inspiration from the Constitution itself.
“As the Preamble says, the purpose of the Constitution is to create a more perfect union,” Carson writes in a letter to the reader.
Carson is receiving quite a bit of attention as the race starts up, especially for a candidate with no political background. Without coming outright and saying it, the book continuously dances around this topic of why Carson, or a similar candidate, may be just as qualified to lead our nation.
“Our founding fathers didn’t want a permanent governing class of professional politicians,” Carson writes. “They wanted a republic, in Lincoln’s words, ‘of the people, by the people, and for the people.’”

The book is not all about securing the blessings of liberty, however. “A More Perfect Union” has also gained attention for expanding upon Carson’s controversial views on gun control.
“German citizens were disarmed by their government in the late 1930s, and by the mid-1940s, Hitler’s regime had mercilessly slaughtered six million Jews and numerous others whom they considered inferior,” Carson writes.
At the Fort Myers book signing, though, Carson was as mild-mannered and smiley as always, briefly discussing the personal values he touches on within the text and how these morals translate into his political actions.
“The values stay with you,” Carson said, “And, particularly, the American values, the values that made us into a great nation, which I am not at all anxious to give away so that we can be politically correct.”
The latest poll, conducted by NBC News, lists Carson as the party front-runner, six points ahead of former favorite and fellow political newcomer Donald Trump, but the mass turnout seemed to surprise even Carson.
“We’ve had some very massive crowds, but they’re really over the top now,” Carson said. “I think a lot more people know who I am and are very interested in what I have to say.”
Given the number of attendees willing to stand in line for hours in the blistering heat, Carson’s observation holds true. The people are, undeniably, interested.
Delete Image
Align Left
Align Center
Align Right
Align Left
Align Center
Delete Heading