Something for the soul 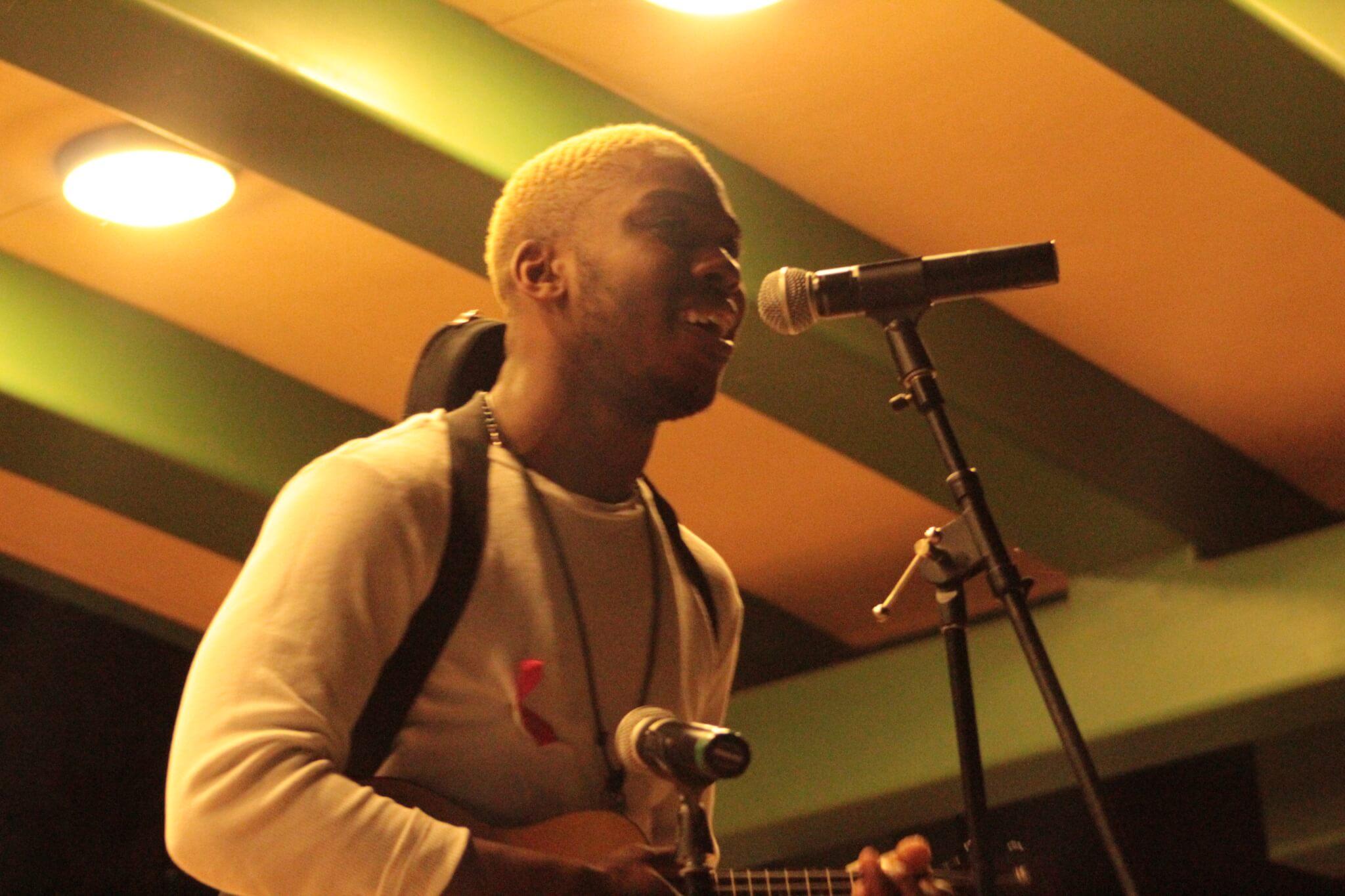 Sam Sun singing at the SoulFest event. The singer is known for his smooth tones and the use of a ukelale which gives his music a very chill vibe and has been seen at other events on campus including Eagle Radio’s listening party where he also performed.

Filmed and edited by Nora Reca.

“It only took one time for me to see that the number 13 is the number that belongs to me. So, now,  it’s 13, 13 pills per day that will determine whether I live or die.”

From the library to the bus loop, students  laughed and cheered while they celebrated each other’s talents and brought awareness to HIV/AIDS at FGCU’s SoulFest concert.

SoulFest is the  brainchild of FGCU’s newest RSO, SoulFlowers, along with their advisor Daniel Stallings, who put on a similar event in 2013.

To make the concert bigger and better than it was in its first year, SoulFlowers members worked with the Wellness and Prevention Center as well as several local talents to set up a music festival for FGCU students that would also have an educational component to it.

With a lineup that included DJ Thunder and several of FGCU’s talents, it brought in more than 100 people who came out to show their support, enjoy free food and participate in free HIV testing.

A group of students take the stage to cover songs like “One Love” by reggae legend Bob Marley. (EN Photo / Georgette French)

According to FGCU student Dominique Mobley, the idea of SoulFest was to help SoulFlowers make its mark on campus and do good for the community.

The RSO features a close-knit community among its diverse members,  whose mission is to spread light to help others grow through progams like Foot Steps of the Future and the Christmas Express, but the members needed something more to make a name for themselves.

“Ideally, we want to be a positive organization on campus, and wherever we see a need that hasn’t been met, we want to be there for that and help other people in the community, not just at FGCU,” Mobley said.

Sephora Saint-Pierre, the president and founder of SoulFlowers, said that the group focuses on the passions of the members and what change they want to see in the world.

Since December is the month of awareness for HIV/AIDS, the RSO wanted to help bring awareness to an issue that students on campus may not always have on their minds while also providing students with a way to unwind as finals draw near.

“People kind of forget about HIV because it’s not a big thing, but it’s great to be reminded that it’s still real,” Mobley said. “We are still in college, and people are having sex. And, it’s something that can still happen to any of us. I don’t think people really think about it because it’s not in our face anymore.”

However, through music and poetry, SoulFest reminded students about the threats of unprotected sex that are still out there.

“There’s a mindset that this can never happen to me, and that’s what keeps students in the dark,” Saint-Pierre said. “Yeah, we are young, but we aren’t immune to everything. So, this should put things into perspective.”

SoulFest brought awareness to HIV/AIDS through featured performances from talent like Davena Stewart, Sam Stan and Sam Sun, who put on a show that drew in wandering students and kept them there all night.

Aside from the music, there were also performances by FGCU’s step team A Step Above Perfection as well as poetry slams and readings from Saint-Pierre and others.

“I think music and spoken word brings a lot of people together of different kinds,” Mobley said, adding that the lineup that had something for everyone.

On incorporating the message of protected sex into the program, Saint-Pierre explained that it was an important call to remind students about the dangers that are out there.

“I think it’s important for the age that we are in because people don’t weigh out the risks of unprotected sex,” Saint-Pierre said. “It’s important to have this hit them so they know it’s real and it’s here.”

But, for her, SoulFest wasn’t about one organization putting on an event. It was about the whole community coming together to learn and enjoy each other. This is why she says the event was open to the Fort Myers community and other schools like FSW.

Ulysses Bunten, an early admission student at FGCU, explained that the inclusion of the community reminded him of home.

“I have a sister in Boston; and she goes to these types of things, so I know about this scene,” Bunten said.

He expressed that putting on a concert like SoulFest was interesting to have on campus and said that if there was any way to raise awareness about a topic like HIV/AIDS, that was the way to do it.

Davena Stewart, an FGCU senior and aspiring singer, agreed, saying that she didn’t see many events like SoulFest happening on campus, but it was great to bring it to FGCU and bring awareness to the issue at hand.

“The fact that (HIV/AIDS) universal is what makes it important,” Stewart said.

The festival started off with free HIV/AIDs testing throughout the day and continued with the music festival on the library lawn, starting later in the evening around 7 p.m. when students were able to get free food and entertainment for a good cause.

Pins were passed out to students to show their support for HIV/AIDS awareness, and 100 percent of donations gathered were given to the Hope and Light Center, which benefits HIV survivors and awareness programs.

Following the success of the event, the organization hopes to make the festival a year-round tradition, similar to St. Baldricks Day that was also started by FGCU students.

Those who missed SoulFest this year but would like to participate or donate to the cause next year can contact SoulFlowers president Sephora Saint-Pierre.