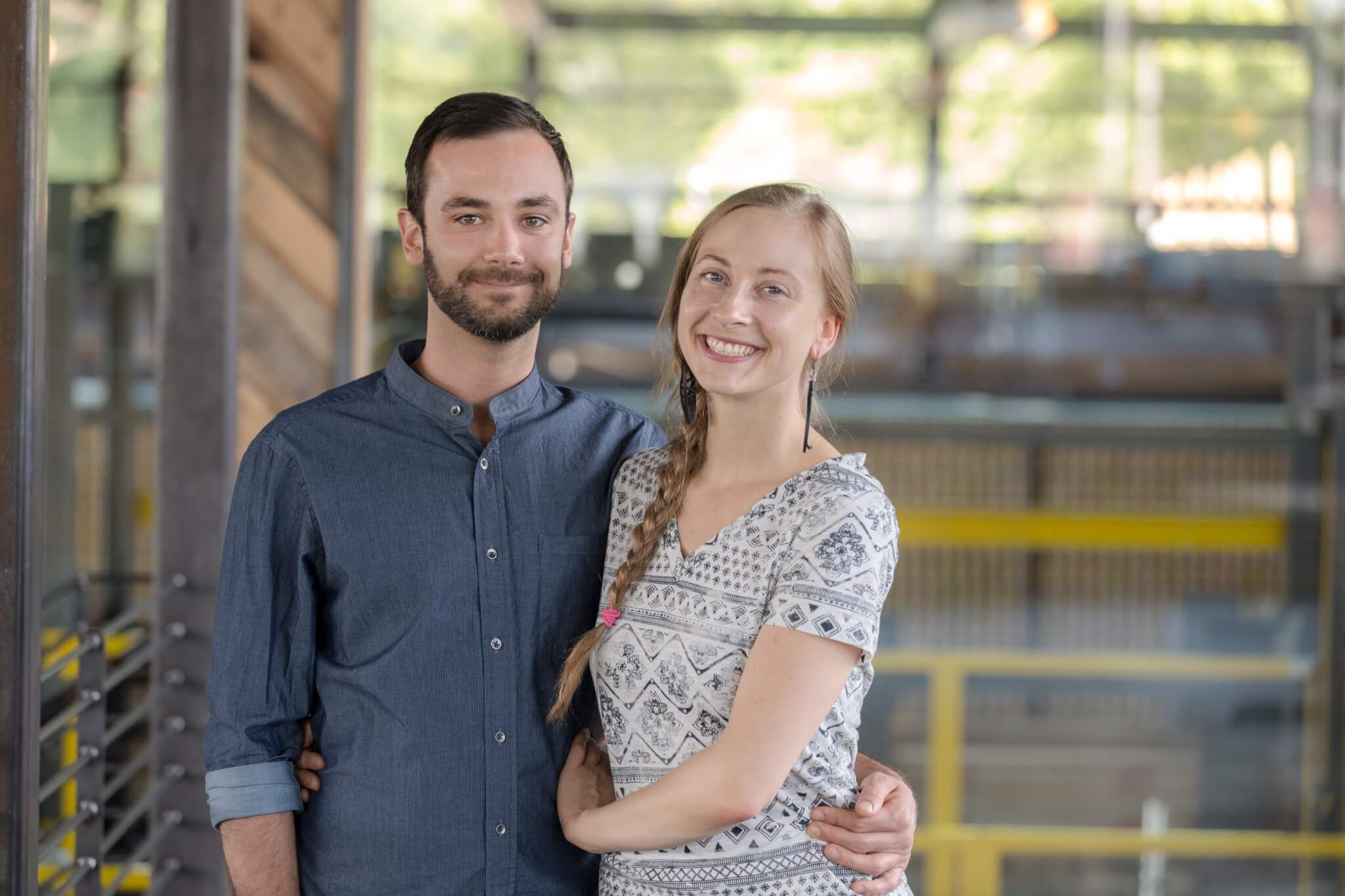 FGCU alumni Jenni Bier and her husband, Zack, knew they wanted to be their own bosses and leave the routine grind of their day jobs.

Starting with a student loan, the couple turned the uncertainty of their future into the successful Elements Real Food brick-and-mortar restaurant in Asheville, North Carolina.

“With having barely any money at all to start a business, a food truck seemed like a viable plan toward entrepreneurship,” Zack said. “Even when we were in college at FGCU, Jenni was always interested in healthy food and that whole world. We’d always have potlucks with our friends in college, and she would be the star.” 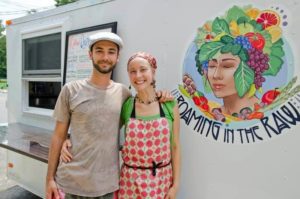 Zack took time off from college to travel around the country, and that’s when he met Jenni.

After graduation, the two moved to Asheville, where they lived for two and a half years before becoming tired of the jobs they had; Jenni worked as a bartender, and Zack worked at AB Tech.

For the Biers, things began to fall into place with the success of their food truck. Zack and Jenni dove headfirst into the food business without a real plan.

The two used a $1,000 student loan to buy a trailer, which would become the Roaming in the Raw food truck.

“In the beginning, it was always the money that was the hardest part,” Zack said. “I was working at the financial aid office at the college up in Asheville, so I kind of knew how the people got student loans. And, you’re supposed to use it for school, and some people do. Or, some people use it for living expenses or what have you.”

With the food truck up and running, experience taught them the necessary skills needed to make their plan work.

It was the blind leading the blind on an adventure of ‘is this really going to work?’ After just three months of opening Roaming in the Raw, the two were able to quit their jobs to pursue a career in the food business full-time.

Jenni explained that the Biers started with raw food, smoothies and juices as their Roaming in the Raw’s staple dishes.

“While I was going to school, I got a part-time job at this place in Cape Coral called ‘Back to Nature.’ We were vegetarian, and I was making my food at home because there’s not many places to eat in Fort Myers when you’re vegetarian,” Jenni said. “I thought I would just be cleaning things, but they asked if I could cook in my interview.”

At “Back to Nature,” an organic market that serves fresh-made juices and ingredients for clean eating, Jenni learned that the foods she thought were “healthy” weren’t entirely  good for her.

During her time at the store, she learned about whole and raw foods and clean eating, which she then applied to Roaming in the Raw.

During the first Asheville frost their business saw, the pipes in the food truck froze, and they quickly needed to find another means of serving customers.

“We kind of went ‘Uh oh, what do we do?’” Jenni said. “We called some farmers markets in the Sarasota, Venice and Englewood area, figured out living arrangements and spent about three months there, from December to March. When we went back (to Asheville), we decided that we were only going to bottle juices and smoothies and not cook.”

Multiple investors asked to be a part of the business that the Biers had created. However, even with the idea of money to put toward a restaurant, the couple refused.

“We weren’t even thinking that way yet; we were still in the food truck world, not having a lot of money. We couldn’t think of a big picture yet, but they kind of planted that seed in our brain that there was a lot more than a food truck that could be possible with what we were doing,” Zack said. “We didn’t actually end up taking anybody’s investment, which I’m very thankful for. We still own 100 percent of our business.”

Elements Real Food is the newest venture for the Biers, with one location on Liberty Street in Asheville and a second location opening this year on Long Shoals Road in South Asheville.

“It’s pretty epic; it just doesn’t seem real. We’re still not used to living comfortably,” Zack said. “We were always just getting by, and this is the first time in our lives where we’re trying to set ourselves up for the future. It’s fun. It’s definitely different.”

Once Elements Real Food took off, the Biers began to offer more than just their food truck inventory, adding an option for customers to ‘build your own six pack’ with their premade, cold pressed juices or even order juice cleanses on their website, an idea that Jenni brought with her from “Back to Nature.”

Their most popular item is their cashew milk, flavored with superfoods like cacao to give a variety of flavors.

The cafe is dedicated to promoting and producing healthy, high quality “real food,” with a high demand for their glass bottled, cold pressed juices.

The Biers pride themselves on their quality food with a taste to match its clean and colorful presentation.

On the menu, customers can try everything from a traditional acai bowl — complete with acai, blueberries and cashew caramel topped with house-made, gluten-free granola (to name a few ingredients) — to their daily-made and constantly rotating desserts. 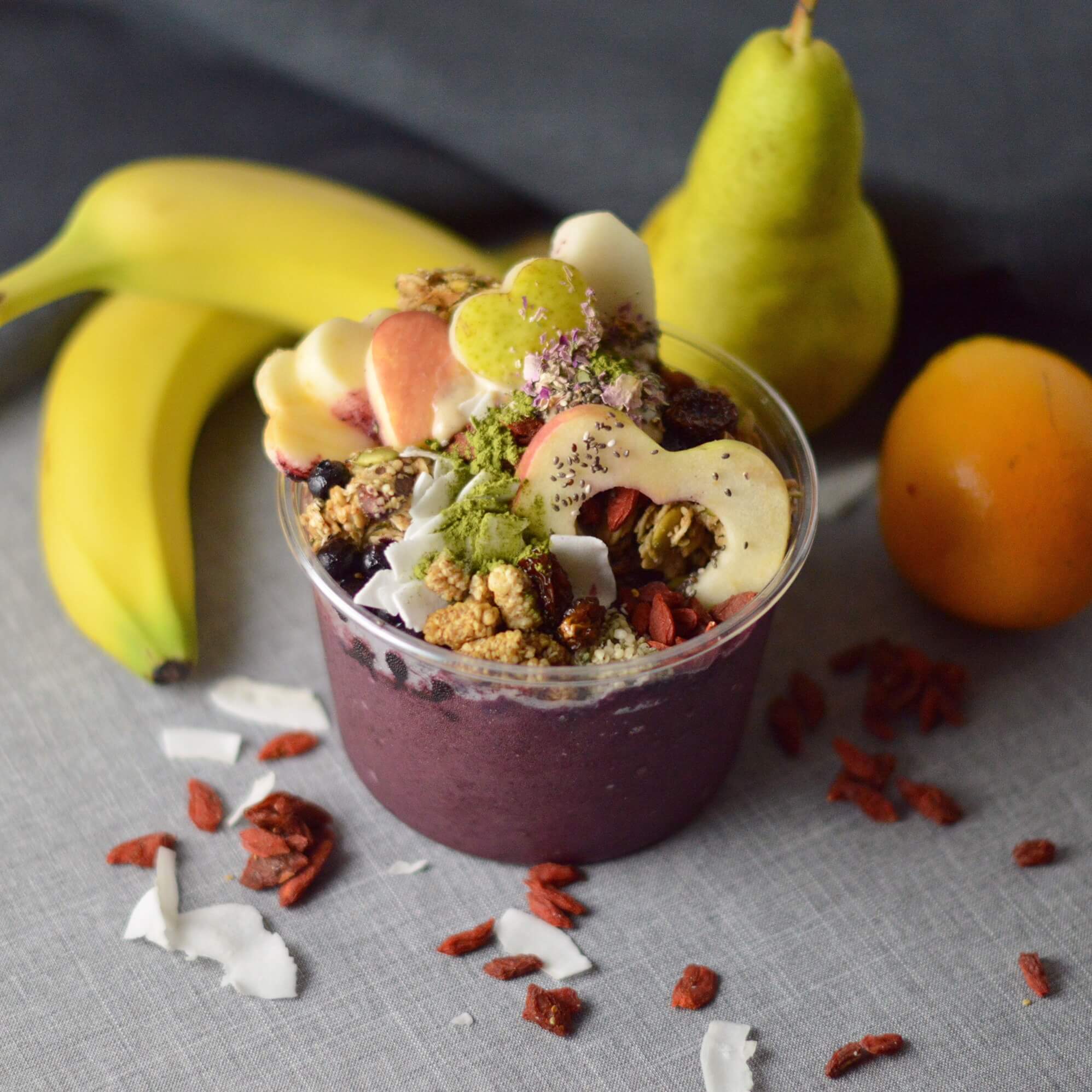 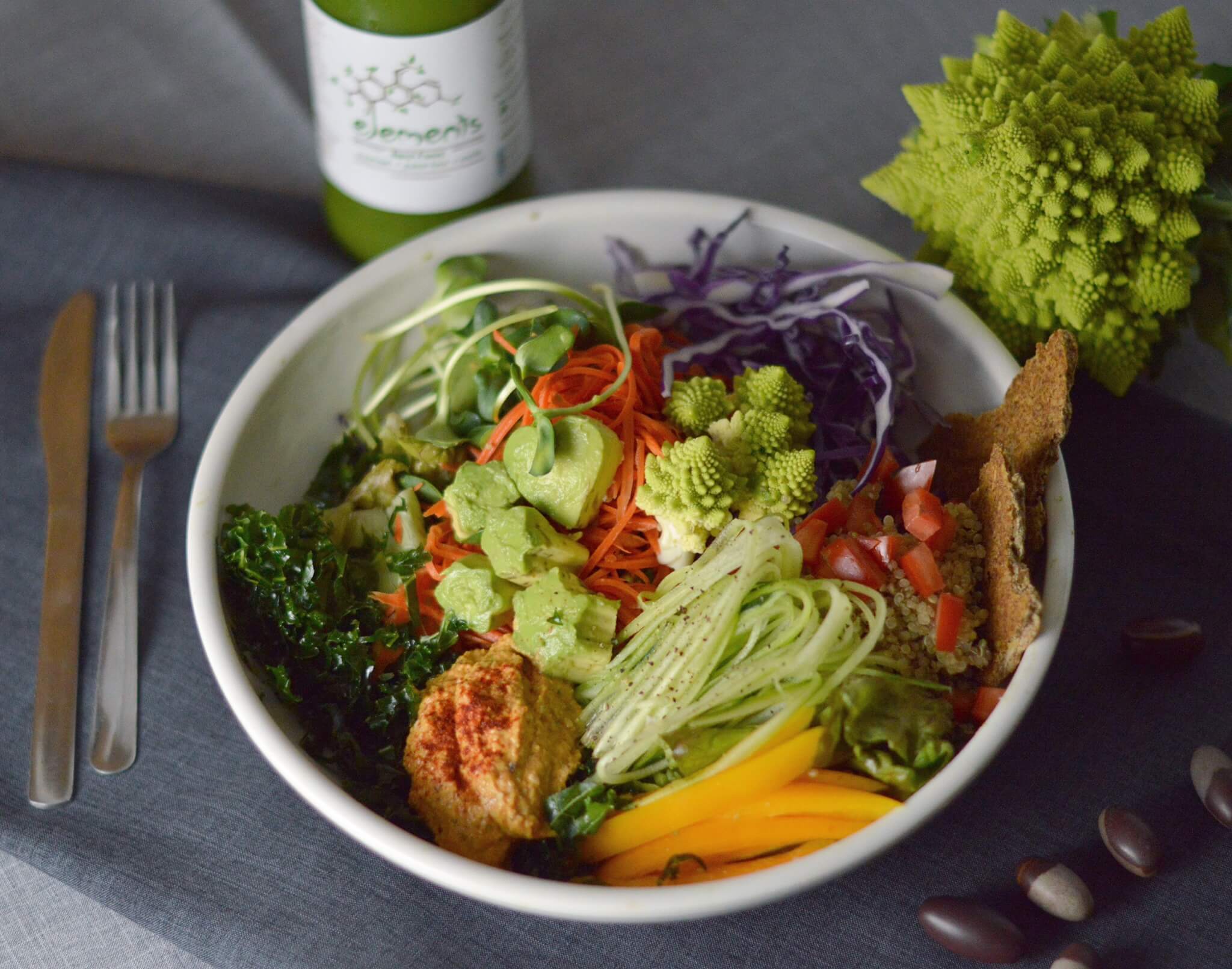 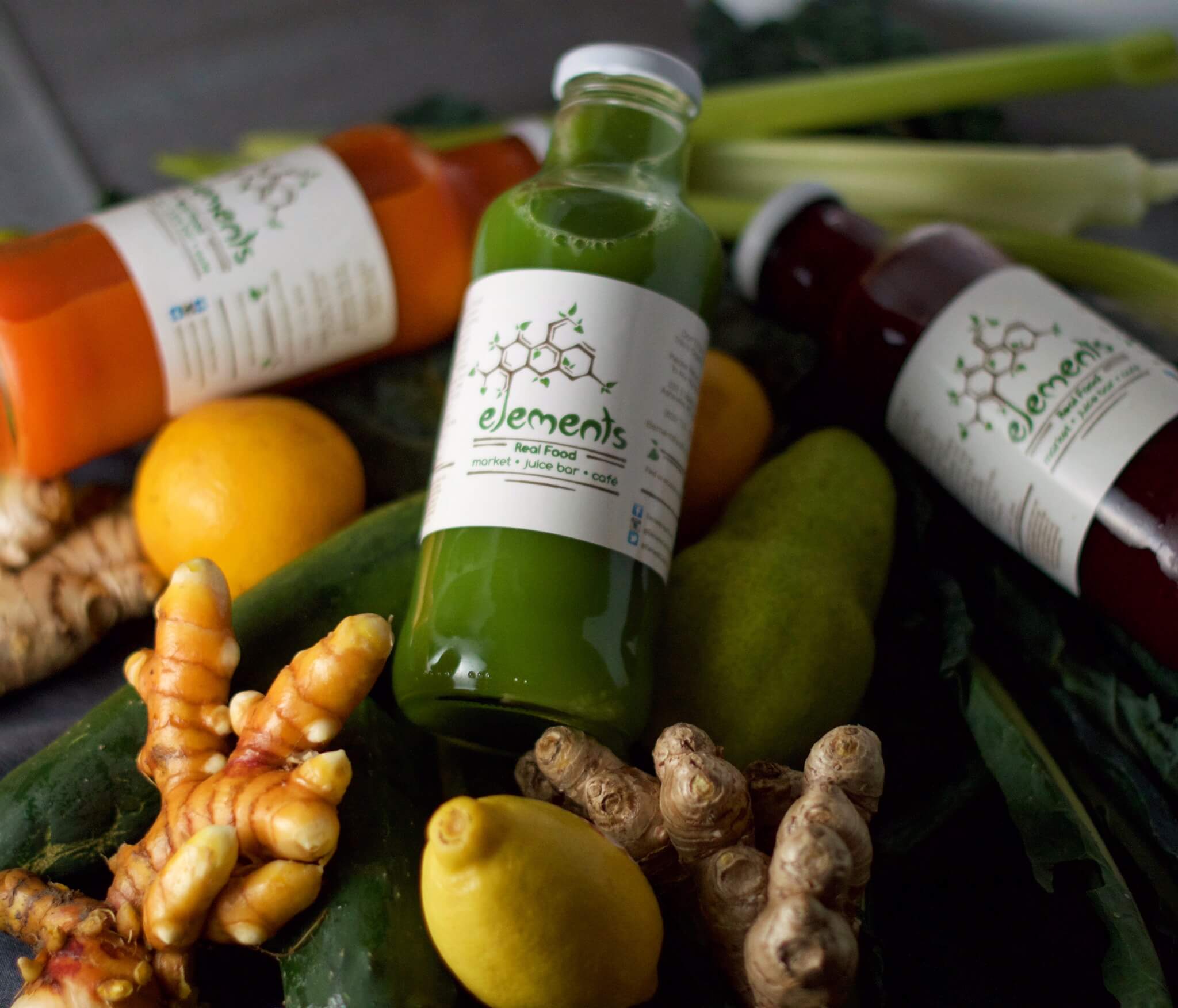 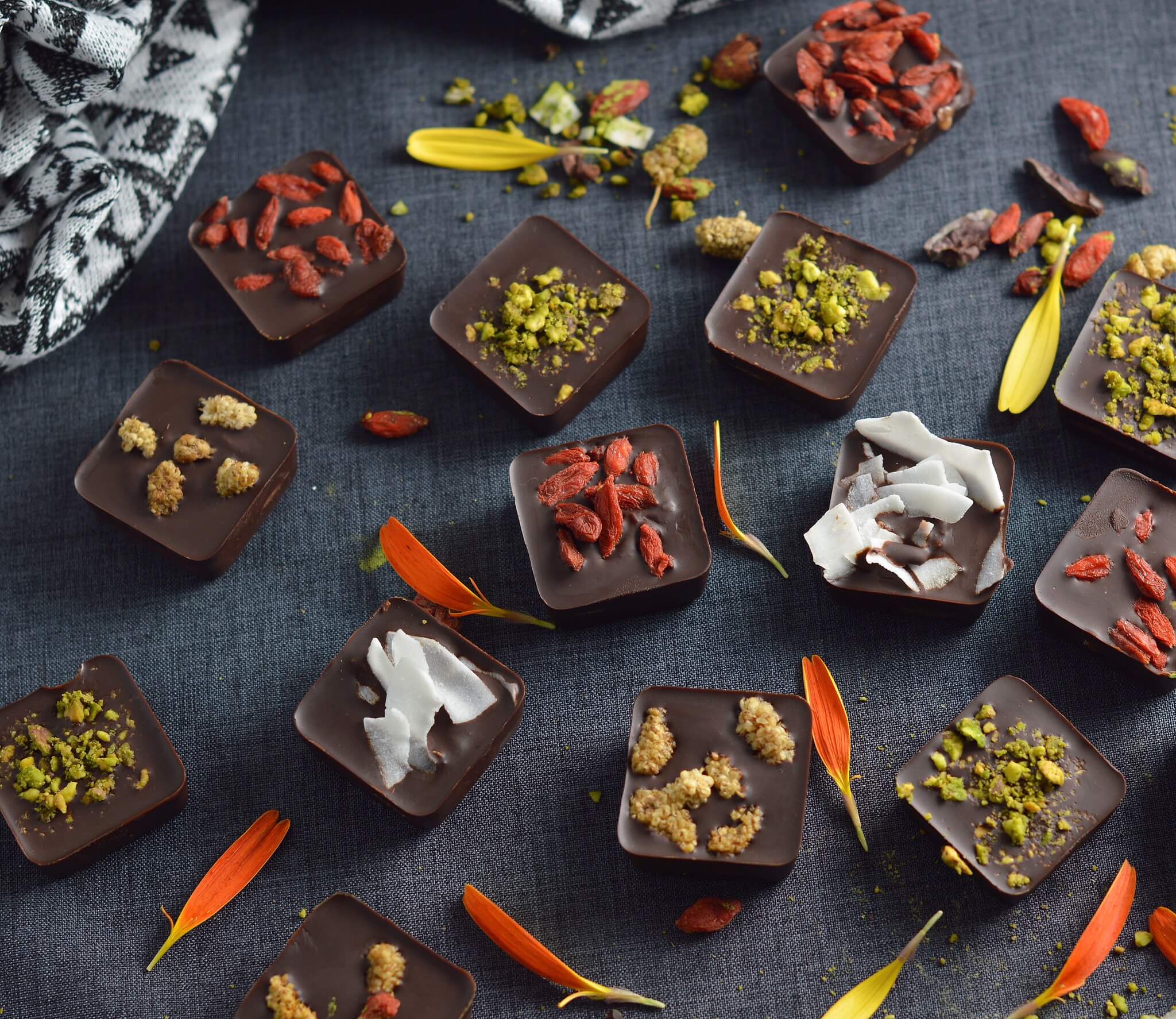 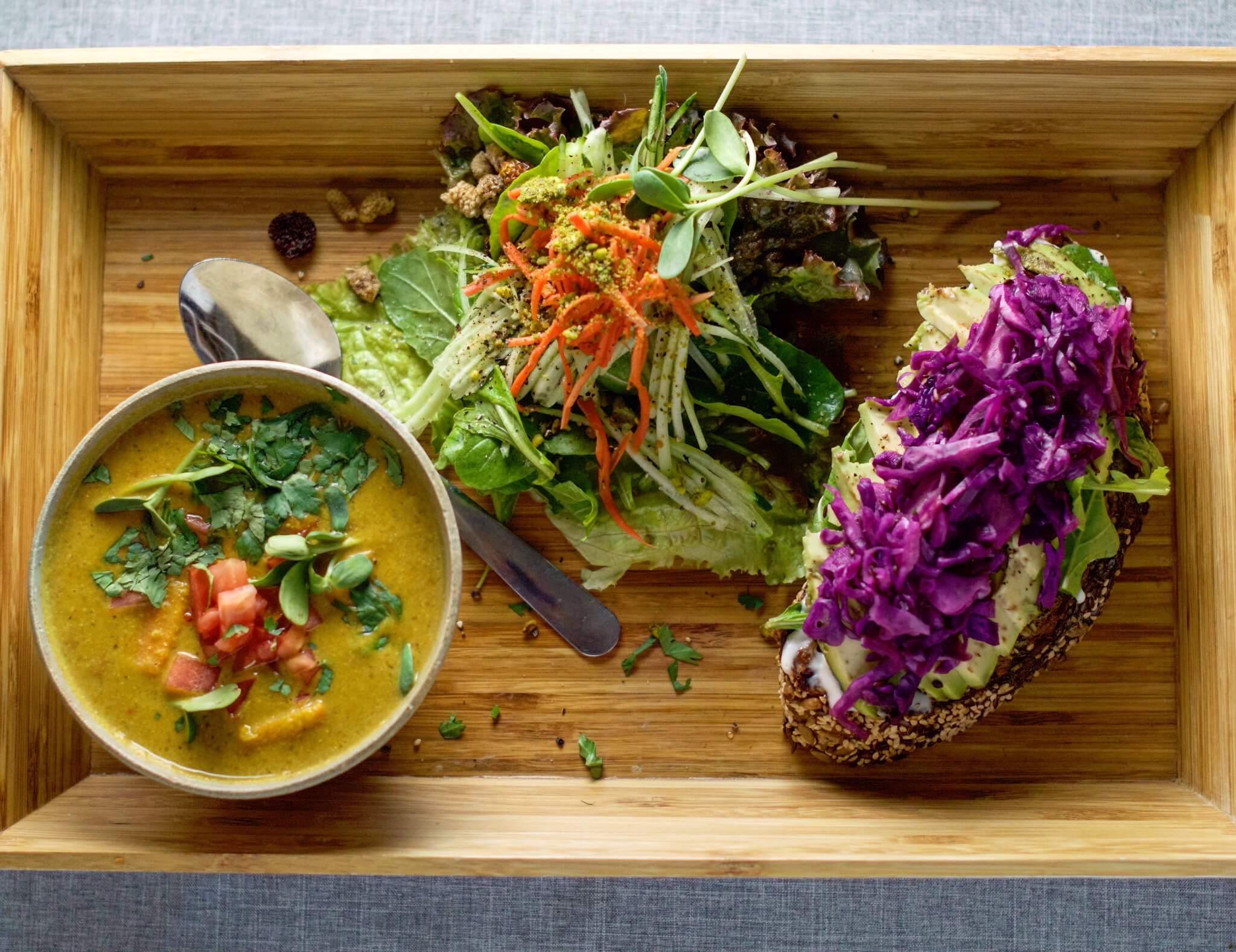