‘Go Set A Watchman,’ is in fact, a rough draft

“Go Set A Watchman,” the rough draft that would become American classic “To Kill A Mockingbird” and create a literary giant of author Harper Lee is, in fact, a rough draft. Fans of “To Kill a Mockingbird” will recognize the microcosm of Maycomb County and will be glad to see the familiar faces of Scout Finch, Atticus Finch, Aunt Alexandra and Uncle Jack, but might feel the characters and their setting are underdeveloped.

Twenty-six year-old Jean Louise “Scout” Finch leaves New York for a two-week visit to Maycomb, Alabama, to visit both her ailing father and her hometown. The moral giant of TKAM, Atticus Finch, is struggling with rheumatoid arthritis. When Scout first arrives, she is content to see that her home is seemingly the same as when she left it. Her father is still a hard-working lawyer, and her Aunt Alexandra still fusses over Scout’s clothes; the Alabama heat still forces its citizens to move at a slower pace than the rest of the world.

A passage in chapter four, which nods to how out-of-touch Maycomb is with the rest of the country, includes a description of how the major families of Maycomb continue to practice incest and marry within families to the effect that town citizens look alike.

But as Scout alternates between comical, happy flashbacks to her childhood and observations of the present-day town, she is surprised to find that both she and the town have changed. The church’s choir is singing new songs; the family land “Finch’s Landing” has been sold off − even her childhood house in Maycomb has been turned into an ice cream parlor.

While Scout has adjusted to a new life in Manhattan and is a firm believer in equal rights for whites and blacks, she is jarred to find that many of Maycomb’s citizens are angry with the Supreme Court’s recent decision to end segregation as a result of the 1954 Brown v. Board of Education ruling. She discovers a pamphlet called “The Black Plague” among her father’s reading materials and is informed by her aunt that Atticus is a member of a citizens’ council that is working to preserve segregation. In a passage in chapter 12, Scout wonders:

“What was this blight that had come down over the people she loved? Did she see it in stark relief because she had been away from it? … what had made her kind of people   harden…?” 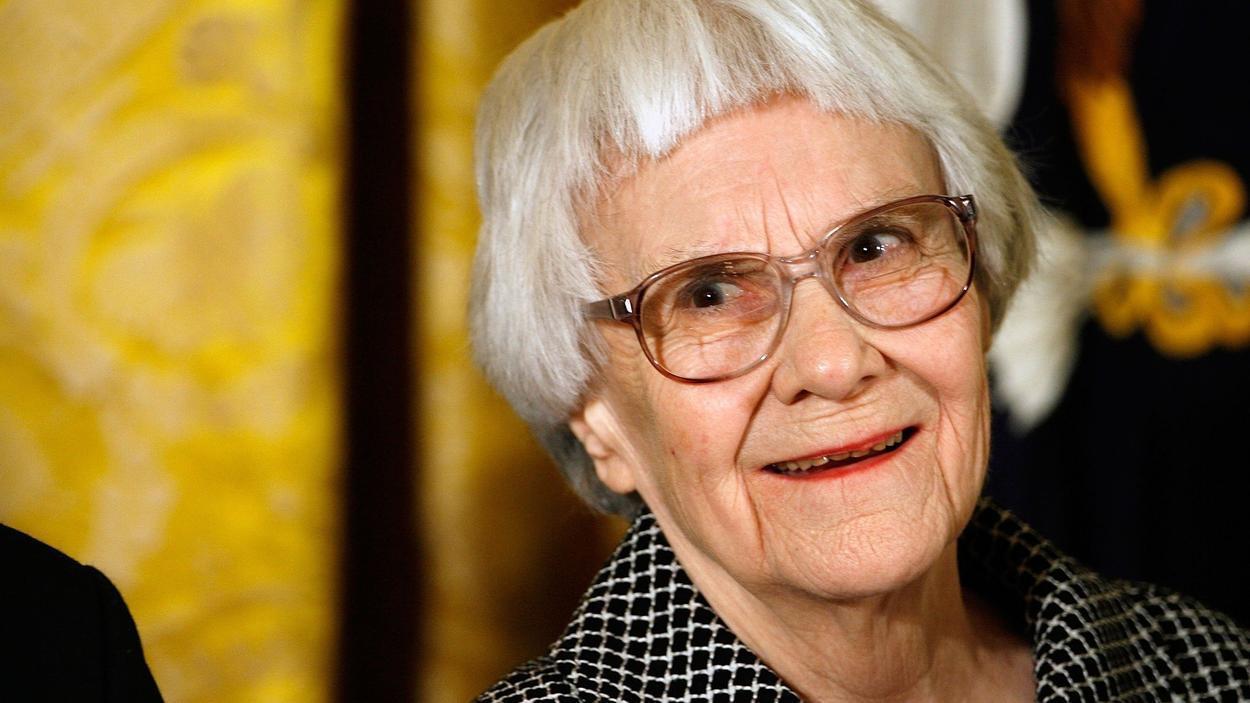 Author of “Go Set a Watchmen” and “To Kill a Mockingbird,” Harper Lee.

A confused Scout must question her values and decide if, for the first time in her life, her views don’t line up with Atticus’. The novel leads up to an argument between Scout and Atticus about integration and the decision of the Supreme Court to make a ruling that infringes on the states’ rights protected by the U.S. Constitution.

Readers might get a sense of déjà vu reading the argument between GSAW’s two major characters. The recent Supreme Court ruling on same-sex marriage has raised similar questions to those Scout and Atticus ask; should the nation’s highest court do whatever it takes to increase the rights of a group of citizens, or should it protect the Constitutional rights of states to make their own rulings?

“Go Set A Watchman” is certainly not a classic, but it is worth reading. It gives fans of “To Kill A Mockingbird” the rare opportunity to see how literary heroes were developed from characters that aren’t quite fleshed out in GSAW, and how a bestselling story was constructed from flashbacks that are the redeeming parts of the newly released novel.

It is easy to see why Lee’s editor, the late Therese von Hohoff Torrey, wanted Lee to rewrite her original novel based on Scout’s flashbacks to her youth. They are the most interesting portions of a novel that otherwise meanders and stumbles to its point with only a touch of the insight and humor that command TKAM.

Many news outlets have condemned GSAW as the downfall of Atticus Finch and of Harper Lee’s legacy. A New York Daily News review by Sherryl Connelly states:

“It hurts to read Harper Lee’s new novel, “Go Set a Watchman.” Atticus Finch is revealed as a racist, and your heart breaks.”

Before mourning the loss of Atticus Finch as a moral hero, readers should read GSAW carefully. Atticus is, indeed, a racist in the novel, as many citizens of 1950s Alabama were. But he is certainly not a white supremacist, and he is not “one of the racists leading the charge against Brown v. Board of Education,” as reviewers such as Connelly have interpreted. Atticus is a figure resistant to having change thrust upon him by the government.

Readers should keep in mind that in TKAM, we see Atticus from the viewpoint of his young daughter. In her eyes, he can do no wrong. In GSAW, we see him from the eyes of a twenty-six year old who struggles to find that he is human, just like everyone else.

College students should be able to relate to Scout in GSAW, as she is forced to grow up not from child to young adult as in TKAM, but from a person dependent on the views of her family to a person who must learn to think for herself and construct her own opinions.

The title “watchman” refers to the Bible’s Isaiah 21:6 and Scout’s own moral core. Anyone who has ever left home and returned to find it is different from one’s memories will find familiarity in Scout’s confusion. And anyone who wishes to reflect on questions of morality in a changing world will find a mirror in “Go Set A Watchman.”