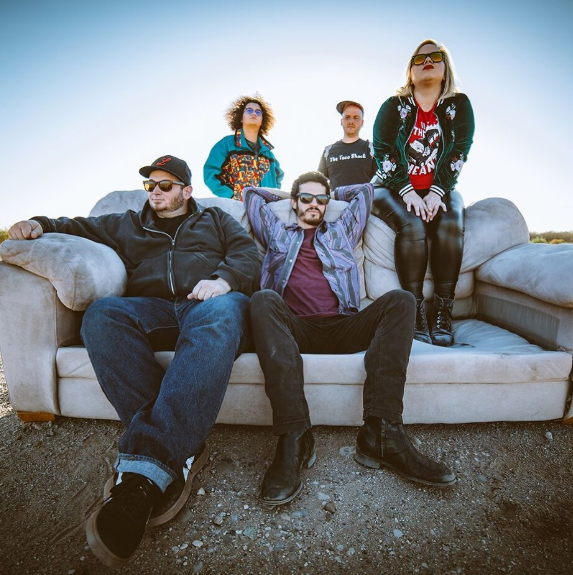 Photo by Multiple Arms Productions. The Freecoasters is a 5-piece reggae band based in SWFL.

The Southwest Florida based reggae five-piece band, The Freecoasters deliver a lively take on southern soul and ska.

Their first full-length album titled “Show Up” was released back in 2016, and since then, the band has been touring around the country. Before the release, The Freecoasters set off on a month-long, Florida kickstarter campaign to build hype for the album drop.

“Tucson, AZ” and “Swim” emerged as fan-favorites and continue to be setlist staples.

Not only is the band praised locally, but their fanbase stretches across oceans. Streaming platform analytics say the band has more listeners in São Paulo, Brazil than in their hometown.

They have even shipped vinyl records as far as Japan and Australia.

“Every time we go to new places, we always seem to find amazing, passionate people,” Schiller said. “The sense of community among those making music, and facilitating the making of music, makes your jaw drop.”

The band wrapped up their second west coast tour last November. They played in Texas, Arizona and California along the way.

While in Albuquerque, the band had a show fall through unexpectedly. Schiller said the kindness of a stranger turned the entire night around.

“We got hooked up with a promoter in Yuma, who set something up in no time, got a crowd there, managed to get us paid, and then invited us to crash at his place,” Schiller said. “You just don’t get that kind of story if you don’t get in the van and go find it.”

The success of the band scored them a spot on the Florida Ska: Closer Than You – Vol. 3 compilation on Spotify, along with over 3K likes on Facebook.

Some of The Freecoasters’ musical inspirations include The Slackers, Toots & The Maytals and The Aggrolites.

The reggae and soul genres have been heavily male-dominated since its boom in the 60s, and Liparulo is aware of this more than anyone.

As a female frontwoman, she said she has had to overcome many obstacles due to her gender.

“Most of my challenges were personal,” Liparulo said. “[As] a woman with curves, I felt I didn’t have a place on stage as a woman my size, which is absolutely ludicrous. You belong anywhere you want to be, whatever size you are.”

Liparulo is now empowered by her presence on stage and radiates positive energy through the lyrics she sings.

Her confidence and spunk has contributed in shaping the band’s image into something one-of-a-kind.

“My favorite thing about being a representative of women in music is the impact I have on kids, especially,” Liparulo said. “When they see a woman on stage with energy and passion, many of them have a breakthrough that I can see in their eyes.”

The band has an upcoming run of shows in February and will hit Naples, Cape Coral, Tampa and Punta Gorda.

Tracks from their upcoming album, “A Different Kind of Heat” may make their live debut during these shows. There’s only one way to find out.

The release date for the album is still being determined as the band wraps up album art and arrangements.