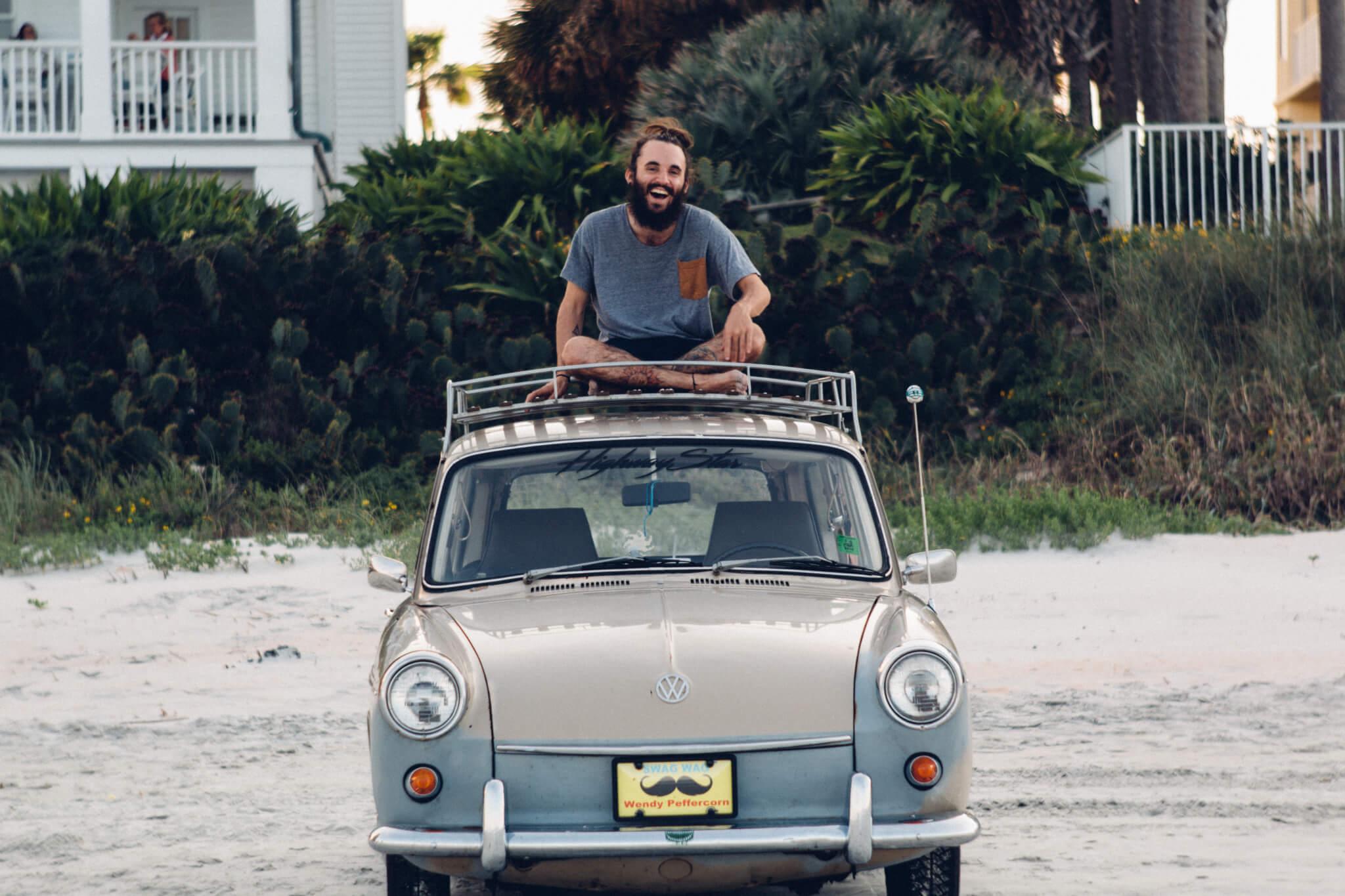 For as long as I’ve known him, Ivan Magana has wanted to be a rap star. He was my real life example when the “kid from your hometown who wants to be a rapper” meme trended. Though never an avid fan of Magana, or the genre in general, I paid enough attention to his music over the years to notice a significant growth in skill and an increasingly better message.

The one class we had together in high school, creative writing, often followed the pattern of our teacher first demanding then, by the end, begging him to write her prompt while he sang and acted out The Lonely Island’s “Threw It On the Ground.” He’d look her right in the eye as he sang, “I ain’t gonna be part of your system.” His current music has the same amusingly rebellious tone.

I mean, he wrote a song about Naples, Florida after all.

That song, and its accompanying video, is what brought me to the Starbucks in the center of Naples Park where he patiently sat, grinning ear to ear within his shaggy beard and finishing his salad from Organically Twisted down the road.

He cheerily greeted me before we got down to business — the business of why on earth he had written an ode to our small hometown.

“I figured, you know, I’m going to write about something that means something to me,” Magana said. “This was perfect because growing up here, as you know, there’s plenty of people who say, ‘Naples sucks. There’s nothing to do here.’ True, there’s not many things to do here, but I just wanted to shine some positive light on a city that people bash constantly.”

He’s not kidding. If you weren’t blessed with a childhood downtown, as the majority of us Naples natives were not, you grew up at least 30 minutes away from the shore and the heart of the city and likely 10 minutes into the woods from the nearest Publix even.

Magana actually wrote “Naples” a year ago but was waiting for the right time to release the single.

Instead, it seems as though everyone in town has heard it. On my colloquium field trip the morning of our interview, I sat with a girl from Naples who asked me about my job at the paper. When I mentioned I liked doing features, she enthusiastically suggested I “talk to that guy who wrote that rap about our town.” I told her I was already on it.

My grandparents, who barely watch their news anywhere but on Telemundo, mentioned it over dinner a couple days after it came out.

“A man should have his face clean and shaved,” my grandfather commented, shaking his head. I noticed he surprisingly didn’t comment on the alcohol, shirtless scenes of Magana or even his abrasively bright Naples tie-dye tee. If the beard was all he had to complain about, Magana has come a long way from the doubting he received at the beginning of his career.

“There were a lot of critics, who were criticizing my flow, the mixing on it and everything,” Magana said. “But, that’s what I wanted. I wanted people to critique my art.”

Despite the invitation for criticism, Magana’s received nothing but positive feedback in the community on his latest video.

“I believe in peace and positivity, which sets me apart from other rappers,” Magana said. “I don’t talk about violence because I don’t believe in that. Like, I’m not going to put my hands on someone. We were given mouths and language for a reason. We were given ways to communicate so we could not act like animals.”

Magana attributes his counter-culture style to his original love of rapper D-Pryde, who similarly stands out in the genre with his message of peace and nonviolence. Magana got into him in the eighth grade, which inspired him to ask his parents for his first microphone. He got it for Christmas that year and hasn’t stopped rapping since.

Though D-Pryde was his original inspiration, he has never matched him in style. Magana says most compare him to G-Eazy and Skizzy Mars. Personally, I feel there’s some Lil Dicky to his sound, especially when watching “Naples” and Lil Dicky’s “Save Dat Money” videos comparatively.

“The boat was the most played up thing I’ve ever done, and it was just my dad’s friend’s boat,” Magana said. “He said, ‘Yo, I’ll take you out, and you can film whatever you want.’ So, it’s not like I even paid for that. I’m not trying to flex or anything because that’s not what I want to do.”

Magana says that if he were to reach multi-million dollar fame, he would still stick to living with $100,000 a year and would donate the rest to charity. Immense fame isn’t his goal though. He sees himself still making music in five years, but his fallback plan is opening his own studio in St. Pete.

His next big project is set to release on his birthday, Jan. 10. This two-year long project, tentatively named “Six Months: The Documentary,” focuses on doing what it takes to be happy rather than what society expects of you.

“If any message is to come from my music and me as a person,” Magana said, “I just want people to pursue happiness.”