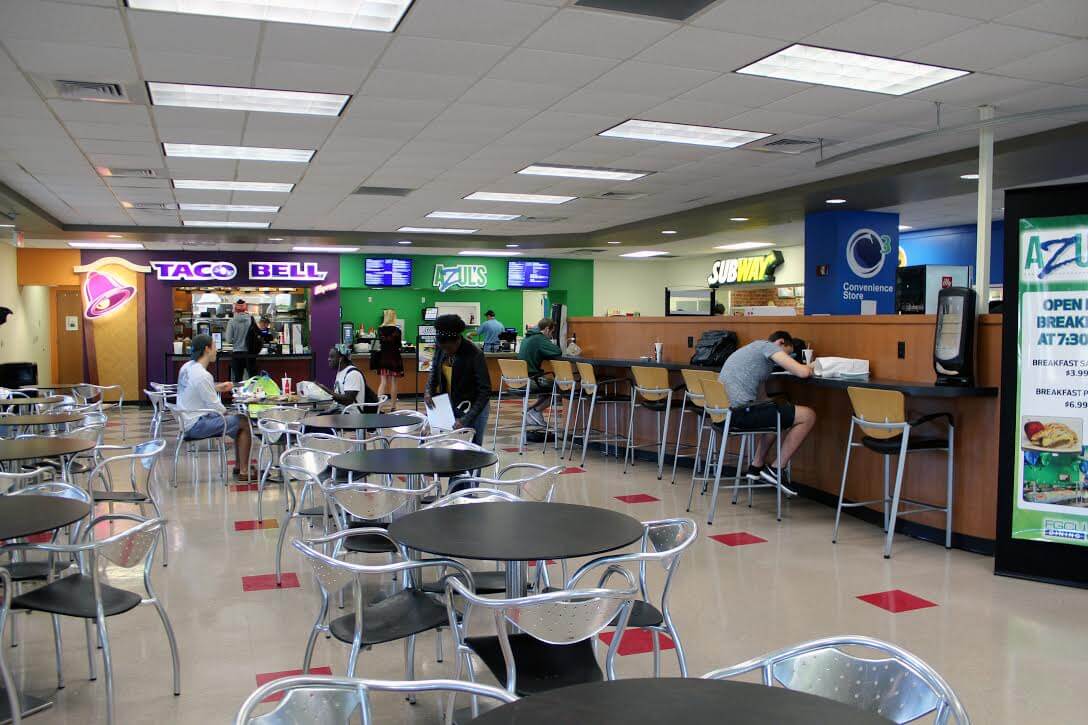 It’s no secret that everybody loves food. We think about our next meal during lectures, meetings and, sometimes, even while we’re eating.

The dining options here at FGCU have been popular hotspots to get your grub on. As of this upcoming fall 2016 semester, the campus will be hosting some of the same restaurants us returning students know of; however, new names and new options will join that group for a bigger variety of different cuisines we were missing during semesters in the past.

In Howard Hall, Azul’s, named after FGCU’s mascot, will be the only restaurant to make the cut. It offers a variety of BBQ-esque foods such as hamburgers, hotdogs and chicken sandwiches.

Outtakes will replace C3 Convenience store in Howard Hall and The Link in Holmes Hall. It will still be a convenience-style, grab-and-go corner shop. You will now be able to purchase other things such as sandwiches, Brahma Express to-go and Boar’s Head pasta salads.

Boar’s Head Deli will take the place of Subway, also in Howard Hall.

As for the Cohen Center, Jamba Juice, Chick-fil-A and Einstein’s will not be leaving in the fall. Due to low sales, Papa John’s will now be in the place of Truly Organic Pizza.

In the library, Starbucks will stay.

Dunkin’ Donuts will be a standalone restaurant near Holmes Hall and the parking lot. There will be no drive-thru, but it will take the look of a normal Dunkin’ Donuts and serve donuts, coffee and bagels.

Madi Spector, aka Madi Channing, is a junior double majoring in journalism and English with a minor in creative writing. She is originally from Coral Springs, Florida where she spent every waking moment of her life being a marching and concert band kid with her French horn and mellophone. She specializes in entertainment and pop culture and has a hot passion for E! News, dark chocolate, proper grammar and Chuck Bass. When she’s not writing (which is a very rare occurrence), you can find her crying over Harry Potter, being unsure if she wants to devote her time to binge-watching another show on Netflix or trying to convince people that she has phenomenal abs while at the gym.