Panic! At The Disco’s ‘Death Of a Bachelor’ is a reawakening for the band 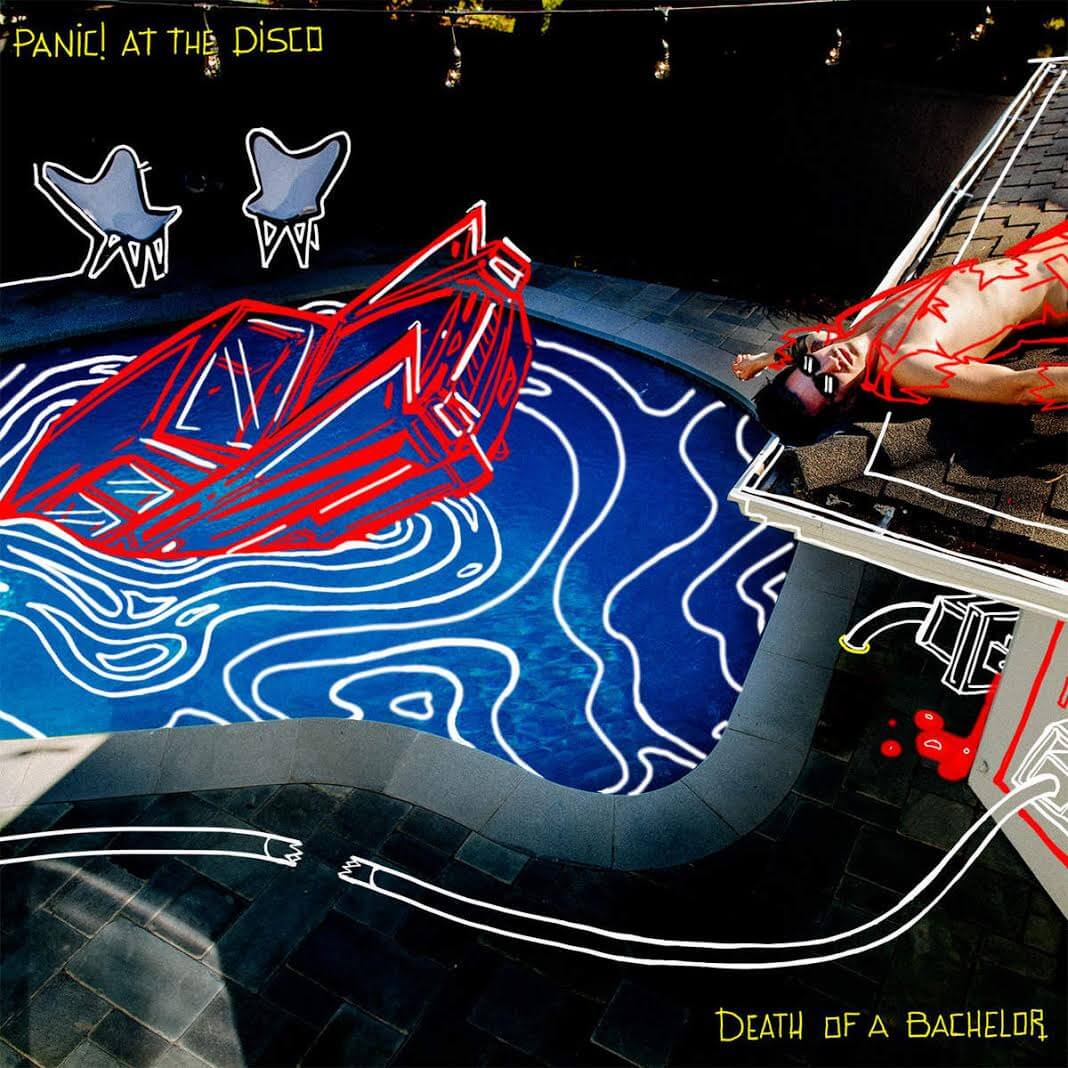 Over a decade since Panic! At The Disco’s beginning, lead singer Brendon Urie now stands alone as the sole remaining member of the band.

On Jan. 15, P!ATD’s released their fifth record, “Death Of a Bachelor,” which Urie describes as “a mix between Frank Sinatra and Queen.” This album is a reawakening for the band, and Urie makes it clear that, despite everything that has happened to this group, he isn’t going anywhere.

With handclaps and a chanting choir, “Victorious” kicks the album off like a party. Vocally, Urie belts it out and shows off his amazing pipes, singing about a carefree lifestyle, no matter the consequences. This song is easily a favorite just because of how fun and entertaining it is, despite the lyrics just being okay.

But, after the party song, we end up listening to a tune all about dealing with the aftermath, a terrible hangover. “Don’t Threaten Me With A Good Time” explains Urie waking up feeling awful and being incredibly hazy on the details of what happened the night before. Musically, it’s a fun song that has some pretty hilarious lyrics, definitely fills you with old P!ATD nostalgia.

The glorious, pop-gospel lead single “Hallelujah” is beautifully executed musically and lyrically. With chants during the chorus and the catchy tune, this song would make anyone want to go to church. Urie’s voice sounds amazing in this song proving that he can handle this band all on his own. Also expressing this sentiment in the next song, “Emperor’s New Clothes,” which has the lyrics, “I’m taking back the crown, I see what’s mine and take it.”

Describing the album to sound like a mix between Sinatra and Queen means that there is a little more glitzy polish and loads of decadence. What stand out the most on “Death Of a Bachelor” is the Sinatra-style songs “Impossible Year” and the title track.

Urie’s belting powerhouse vocals melt perfectly into the crooning style that has successfully wooed many for over half a century and continues to do so. The reason why it works so well on “Death Of a Bachelor” is how simple the songs are. When you remove the vocals from the title track, all that’s left is digitally generated bass plus some sampled drums. On “Impossible Year,” Urie’s voice changes keys effortlessly within each verse, and all that’s in the background is a beautiful piano, bass and horns.

Another element that I really enjoyed from this album is the big band brass presence in almost every song. It melds well with the signature chanting choruses and the teen angsty anthems that are ready to play in any Hot Topic around the country, a standard for P!ATD, making this album that much stronger.

These songs “Golden Days” and “L.A. Devotee” are amazing power-pop anthems that are definitely worth a listen. I do think “L.A. Devotee” is destined to be an all-time amazing P!ATD song. Whereas, “Crazy=Genius” features an iconic floor-tom beat nicked from jazz legend Gene Krupa’s “Sing, Sing, Sing” and smacks of “A Fever You Can’t Sweat Out’s” deep cut “There’s A Good Reason These Tables Are Numbered Honey, You Just Haven’t Thought Of It Yet.”

“Death Of the Bachelor” finds Urie not only excepting that the end of his youth is creeping in but that he has found the confidence to take over P!ATD and make it his own and by absolutely killing it in the process. With the mixture of old P!ATD elements, a dash of Sinatra flair and some newer themes, Urie shows that although all of these things happened to the group, he is still here. This new album shows a glimpse of what direction this band will be heading in and I am excited for the ride.