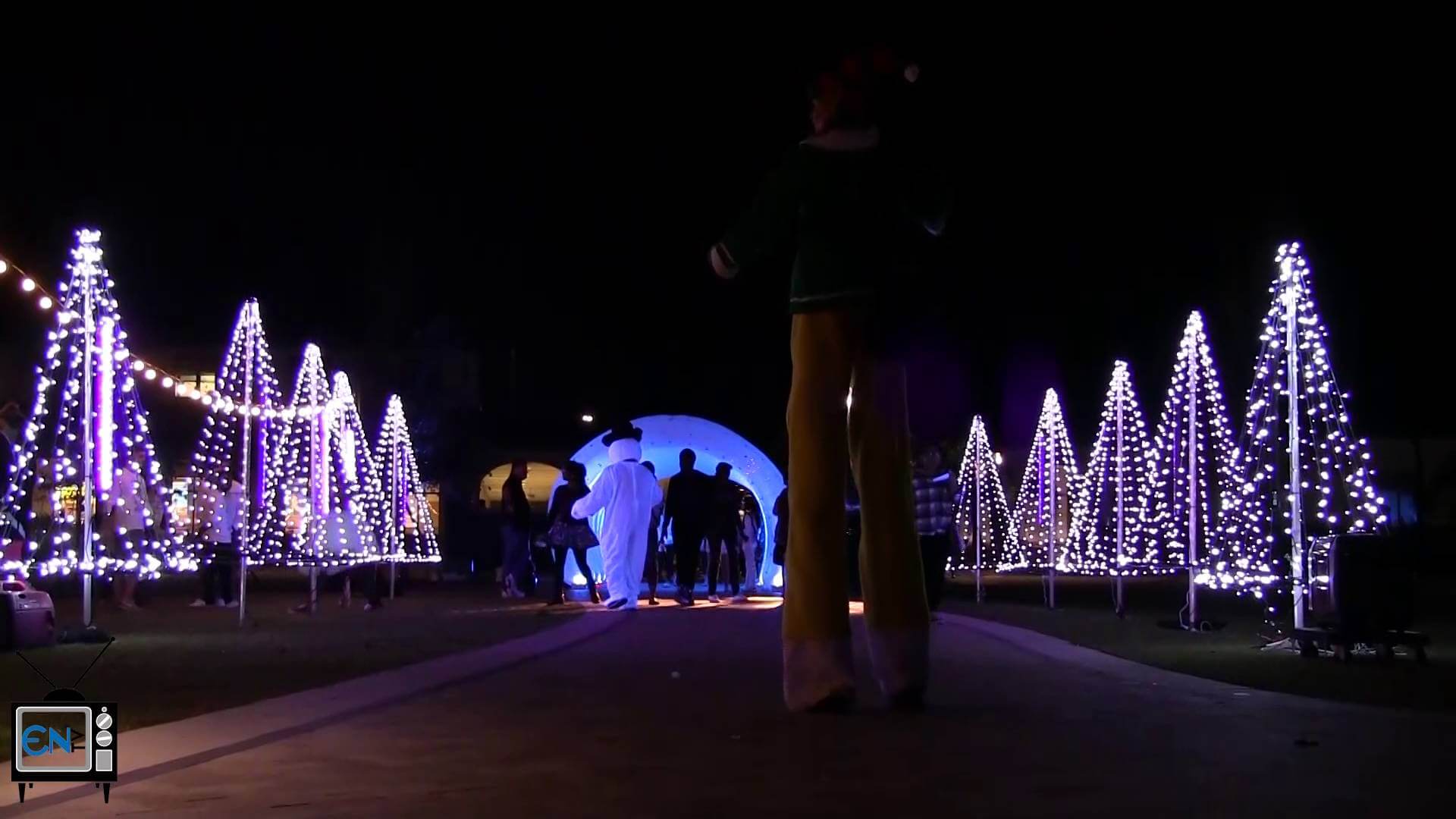 FGCU Programming Board hosted its annual Winter Wonderland Thursday, Jan. 7 on the library lawn. The event had been postponed for over a month from its originally scheduled date, Dec. 3, 2015.

The event included music, munchies and merriment, with booths giving out items such as personalized snow globes, etched glass, stamped rings and even stuffed animals. Students could also get henna tattoos before jumping in the two-stories-high snowman bounce house.

“We have never had this many novelty activities for students to enjoy before,” said Shelby Borisman, the director of traditions for PB. “We’ve almost doubled what was available in years past.”

This was the third year at Winter Wonderland for Torrie Heathcoat, also known as “Way Too-Tall Torrie,” who was hired as an elf on stilts for the event.

“It’s huge,” Heathcoat said. “It’s awesome. There’s tons of people. There’s so many activities for the kids to do.”

A video of Heathcoat stilt walking while doing the whip and nae nae at FGCU garnered enough attention on EllenTube that Heathcoat has now been invited to audition for “America’s Got Talent.”

Winter Wonderland continues to be an annual event organized by the FGCU Programming Board. Rain may postpone it, but it doesn’t seem to keep away the students or the stilt-walking elf.