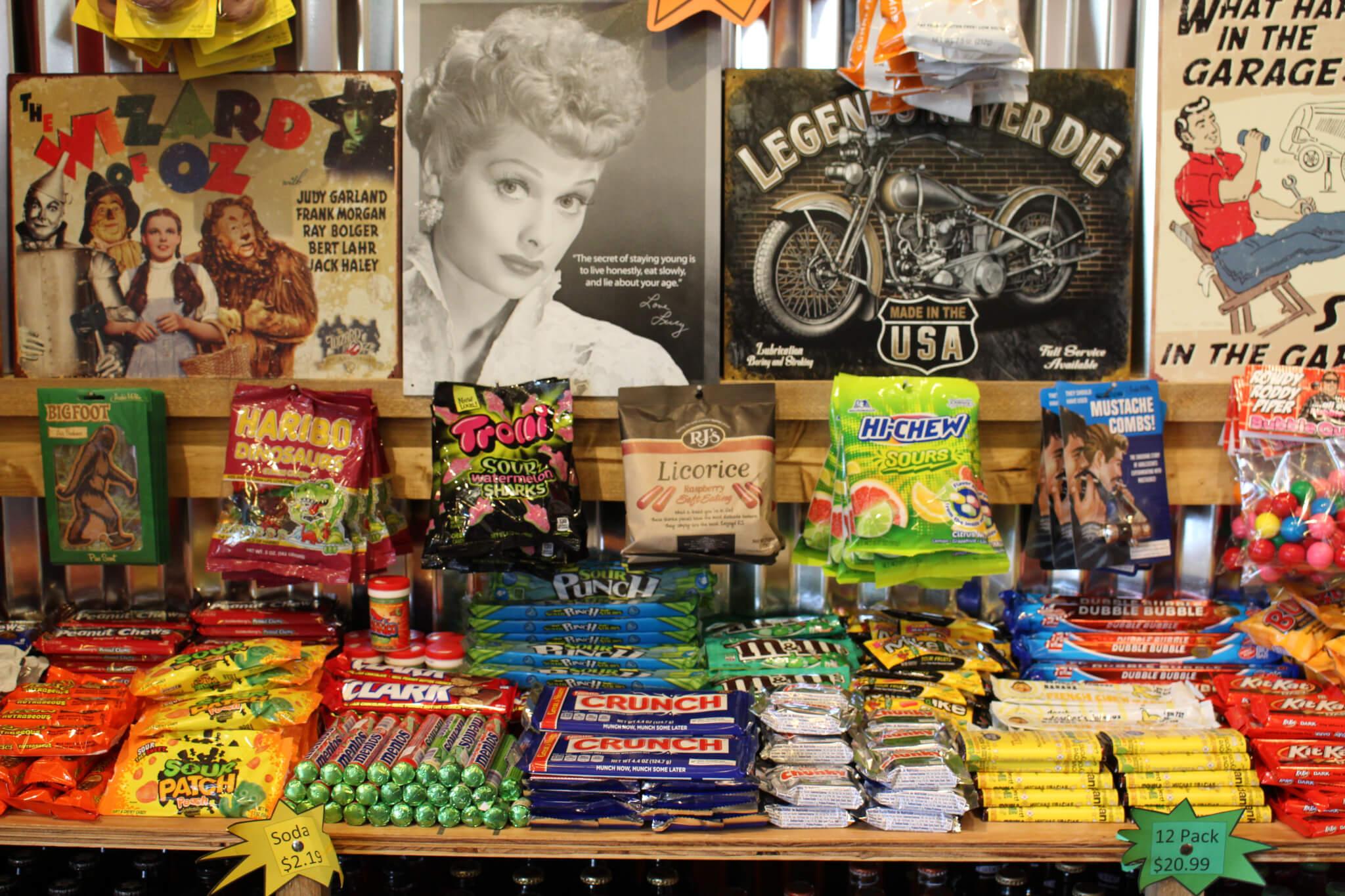 The first flagship store, as their website states, began with a location in Camarillo, California in 2009. In 2012, Rich Shane became the Rocket Fizz company CEO.

The only two company-owned locations are in Camarillo and Sherman Oaks, California. All others are owned by franchisees like Shawn and Jean Adams from Massachusetts.

The couple made the trip down to Fort Myers after deeming the area the “perfect place” to start their business.

“My wife was doing phone sales and I was working in information security for a mutual fund for 20 years,” Shawn Adams said, recalling the conversation with his wife to make the move. “We always wanted to move to Florida, but we had two children and said as soon as we have the opportunity we want to move to a warmer climate.”

During a January blizzard, the couple was watching CBS’s “Undercover Boss,” featuring the candy shop. Almost instantly, they fell in love with the idea of owning their own Rocket Fizz.

“You see how they started this franchise … They couldn’t get the money to start this on their own, so they purchased gag dog poo gifts from overseas and sold it until it gave them the capital to start their business,” Shawn Adams said.

“We have old time orange and strawberry Crush … we carry a lot of Jones Soda, the smaller soda manufacturers. We have stuff that’s organic, almost all of our sodas are made with pure cane sugar, there’s no corn syrup,” Shawn Adams said.

Along with their original flavors, Rocket Fizz has bottled bubbles for Snooki from “Jersey Shore,” Kourtney Kardashian, Wade and Brett from Animal Planet’s “Tanked” and many more.

Some franchises are known to attract celebrities like Rob Lowe, Jon Cryer, Kendall and Kylie Jenner, and Carrot Top.

The Fort Myers location has only been open for just over a week and has seemed to attract a steady crowd of visitors. The store had a soft opening, and a grand opening may be in the future for the franchise.

“Saturday evening we took off and we’ve been going strong,” Shawn Adams said.

For more information on hours and locations, visit rocketfizz.com.