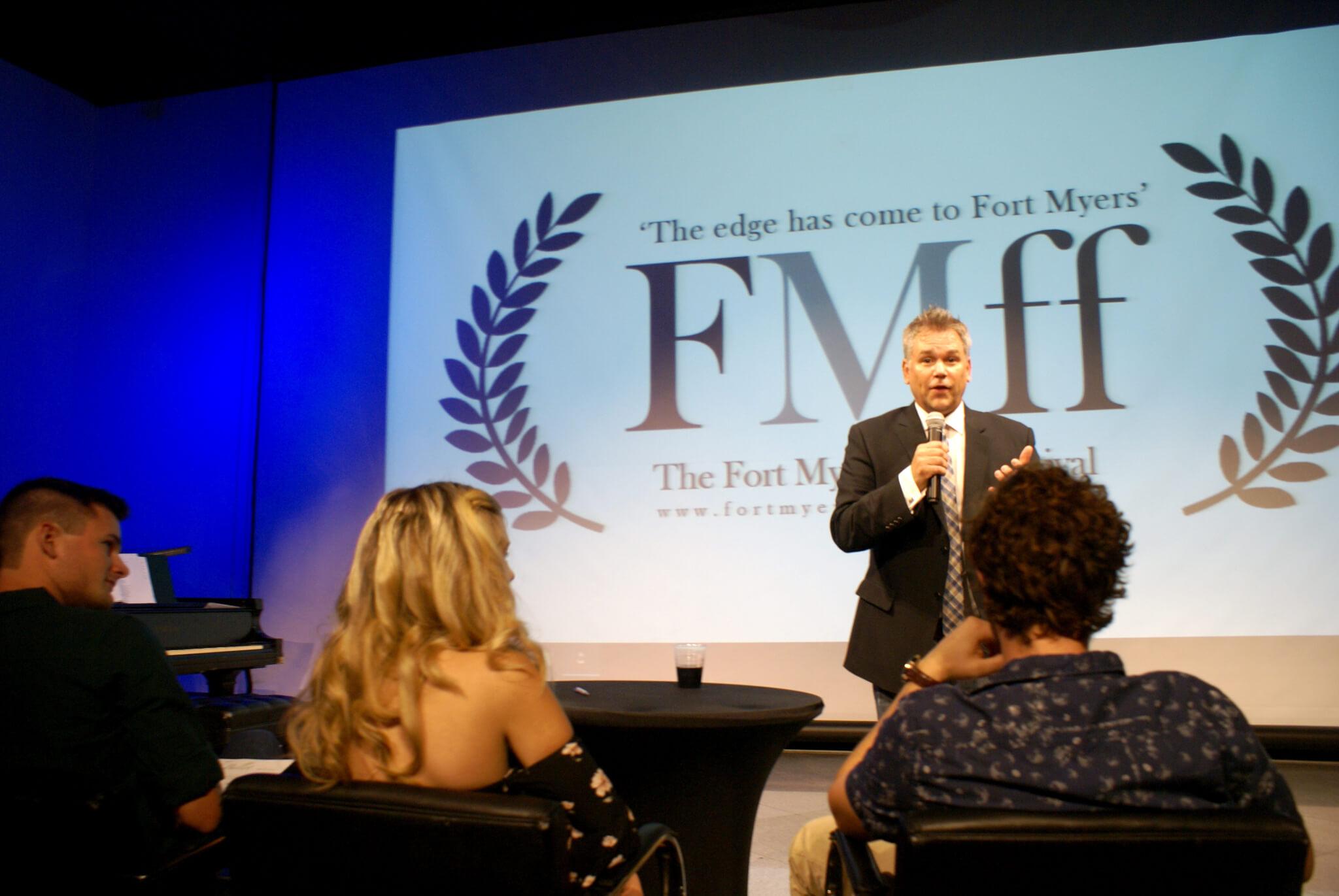 This was the first TGIM in a series that will take place throughout the 2016-17 season. The event is one-of-a-kind in Southwest Florida where local film enthusiasts get to participate and experience the vetting process for accepting short films into the festival.

Judges Kaycie Lee, Dillon Dailidonis and Justin Verely brought their local showbiz knowledge into the judging process, offering critiques and praises for each film after they were shown.

Along with the panel of three judges, the audience was able to rate and comment on the semi-finalists via ballots handed out at the entrance. The audience judged each of the five films that night based on a one to five rating system, one being poor and five being excellent. The master of ceremonies for the night, TV personality Eric Raddatz, filled the space between films with witty commentary and banter. Members of the crowd were also able to share their thoughts on each film.

This format for judging indie films in a think tank fashion is unique to Fort Myers Film Fest, and judge Dailidonis says it’s what makes these TGIM events so groundbreaking.

“This is the only film fest to ever do this,” Dailidonis said. “It’s a great way to get the community involved.”

Every installment of TGIM will feature a variety of genres and styles of film to judge. The first Monday included animation, drama, experimental, comedy and interpretation entries.

Two films that stood out among the crowd were an animated short called “Head,” directed by Stav Levy, and a drama called “Reflection,” directed by Martin Castaneda, which delved into issues with Alzheimer’s. It’s possible that these two will go on to the festival.

TGIM happens the first Monday of every month through season.