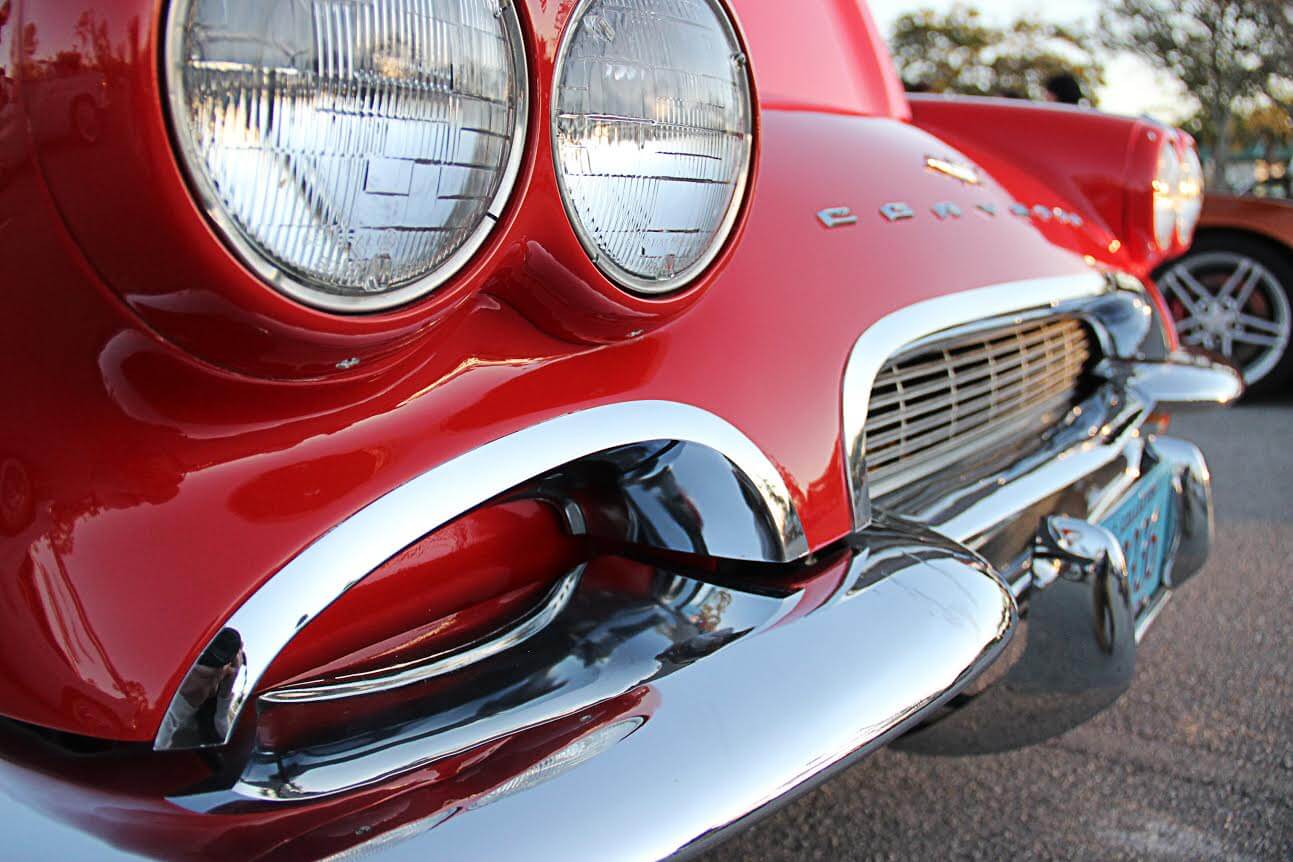 The third annual Staff Advisory Council car show was crowded with young and old, British and Japanese, tall and mini − and those were just the cars. Dozens of collectors and students gathered Feb. 20 to showcase their cars and raise money for student scholarships in the Florida Gulf Coast University visitors parking lot.

Mark Nevarez heard about the show from his wife, Janice, who works in Adaptive Services at FGCU. This was his first time coming to the FGCU car show, but he has shown his red 1989 Corvette convertible at shows before.

“It’s won four trophies,” Nevarez said. “It’s pretty much all stock, just like it came out of the factory.”

Nevarez has only had the Corvette for one year. He noticed it one day at Campbell’s Auto Center on Tamiami Trail, and has made it his mission to contact all five of the previous owners to find out more about the car’s history.

“I cannot find the original owner yet,” Nevarez said. “Her last name is Smith, so it might not happen. But I know it’s originally from Long Island.”

Nevarez recently put a lift in his one-car garage so he can park his everyday car, a Prius, underneath what he refers to as his “playtoy.” He has no plans to sell the Corvette. Alongside newcomers to the car show were long-time car enthusiasts such as Cecil Carter, president of the British Car Club of Southwest Florida.

“This is a 1964 Jaguar Mark 2,” Carter said. “It’s not my everyday car by any means, I take it out once a week to exercise it and I take it to special occasions.”

Carter found the black Jaguar with a right-hand side steering wheel, online. “The previous owner is an anthropology professor at the University of Massachusetts,” he said. The show was free for all members of FGCU and the public, but donations were suggested to go toward the SAC Student Scholarship Fund.

FGCU sophomore Alex Kamerer attended to support a friend of his who was in the show. He enjoyed the cars, but suggested that the SAC do a better job of advertising the show.

“I came last year,” Kamerer said. “I heard about it through Instagram, but there was only one post up there. I feel it should have been advertised more.”

The grand prize of two four-day tickets to the Mobil 1 Twelve Hours of Sebring race went to a 2012 Camaro owned by Kurk Richardson.