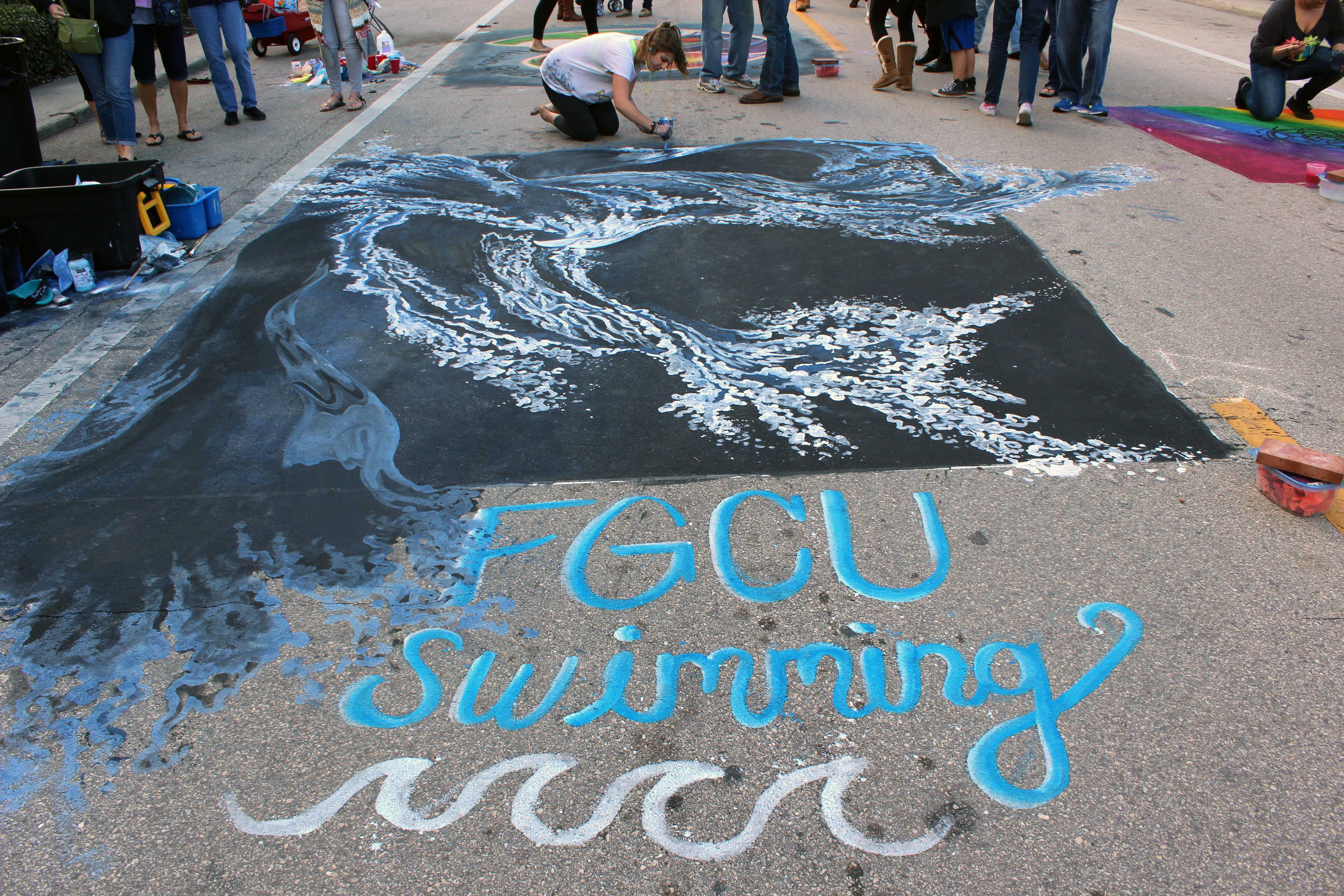 The Naples Pelican Bay Rotary Club hosted Chalk Art 2016 in downtown Naples on Saturday, Jan. 23. The festival, which closed off access to 5th Avenue South by car from 8 a.m. to 5 p.m., comprised of local artists and vendors coming together to draw the roads rainbow.

“The Naples Daily News” co-sponsored Chalk Art 2016 for the sixth consecutive year along with Fifth Avenue South Business Improvement District. The Germain Automotive Partnership Group was also a sponsor, showing off the latest BMW models at the 8th Street intersection. Germain Honda followed suit, showing off its latest models at the 5th Street intersection as well.

Thousands of spectators came to “walk the chalk,” as individuals and teams of amateur and professional artists transformed 5th Avenue South into a colorful, half-mile long concrete canvas. Artists registered free of charge and were provided all the materials to create their masterpieces.

Artists were sponsored by local businesses — the squares ranging in size from six to 12 square feet and ranging in price from $400 to $600. Some sponsors opted for an artist of their choosing, while others took an artist provided to them by the Rotary Club. Celebrity judges will be awarding five cash prizes, ranging from $1,500 to $200, along with the people’s choice awards, awarded to the top three in each category size, voted for by the public.

Jessica Perez, 20, is a Florida SouthWestern College student and the artist behind the FGCU Swim Club sponsored square.

“The swim team was my sponsor, so I figured I would incorporate water as a main aspect,” Perez said.

This was Perez’s third year doing chalk art, and she hopes to transfer to FGCU in the summer to continue her art studies.

“I wanted originally to do a swimmer, but I think I really liked the whole concept of the eagle representing a school or team, first of all,” Perez said. “But, like, being strong but also being made out of something that’s so loose and without a shape.”

Proceeds from the fest will be used to fund college scholarships for local seniors, Quest for Kids scholarships, feeding the hungry with Kids-AgainstHunger and donations to local charities, ranging from St. Matthew’s House, Sunshine Kids and Boy Scouts to the Immokalee Friendship House.

For more information, including a list of the various awarded scholarships, charities and activities that the Naples Pelican Bay Rotary Club supports throughout the year, visit pelicanbayrotary.com.