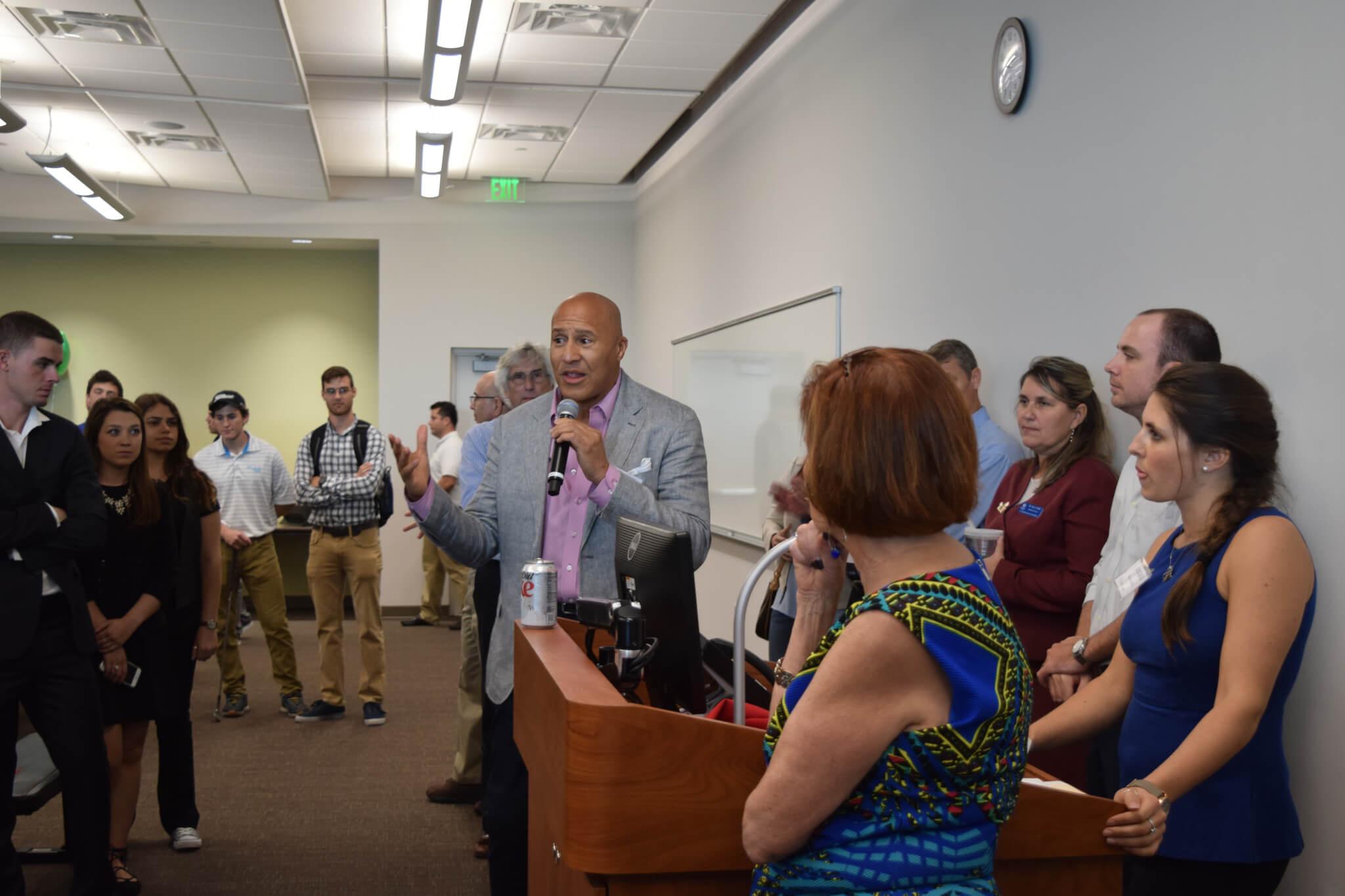 The Eagle Biz award ceremony has each year by FGCU’s Institute for Entrepreneurship as a way for students to showcase their semester-long projects.

This year, the award ceremony was held on Saturday, Dec. 3 at the Emergent Technologies Institute.

Sandra Kauanui, the director of the Institute for Entrepreneurship, explained the process of getting teams ready for the big day.

The students then receive feedback from the Eagle Biz judging panel, which averages 15 to 16 judges each year.

“We have special judging documents for each of the groups because engineering-only students we judge differently than the entrepreneurship and engineering students,” Kauanui said.

“(It’s) kind of like the Toms shoes model,” said Stanley Stouder, a senior business marketing major. “Everybody needs shoes, but they’re also helping someone else by doing it.”

From the beginning of the semester to the night before the event, Go Lite continued to work on their product; similar to a watch, users can wear the portable charger on their wrist. A pendulum inside of the charger swings with the user’s movement while batteries collect and hold the charge. The device is completely dependent on kinetic energy produced during movement.

One of the challenges Go Lite faced was creating the end design for their product, said Stouder’s partner Josh Mueller, a junior civil engineering major. Along with trying to find a design, the calculations were also an obstacle the team had to overcome.

Dean Robert Beatty from the Lutgert College of Business shared his favorite moments from the ceremony.

“I’m always amazed by the creativity and ingenuity,” Beatty said. “Even though people are very creative, it has to be brought out, and Dr. Kauanui and the several entrepreneurs who volunteer their time to help these kids think creatively and come up with new ideas is evident in that room.”