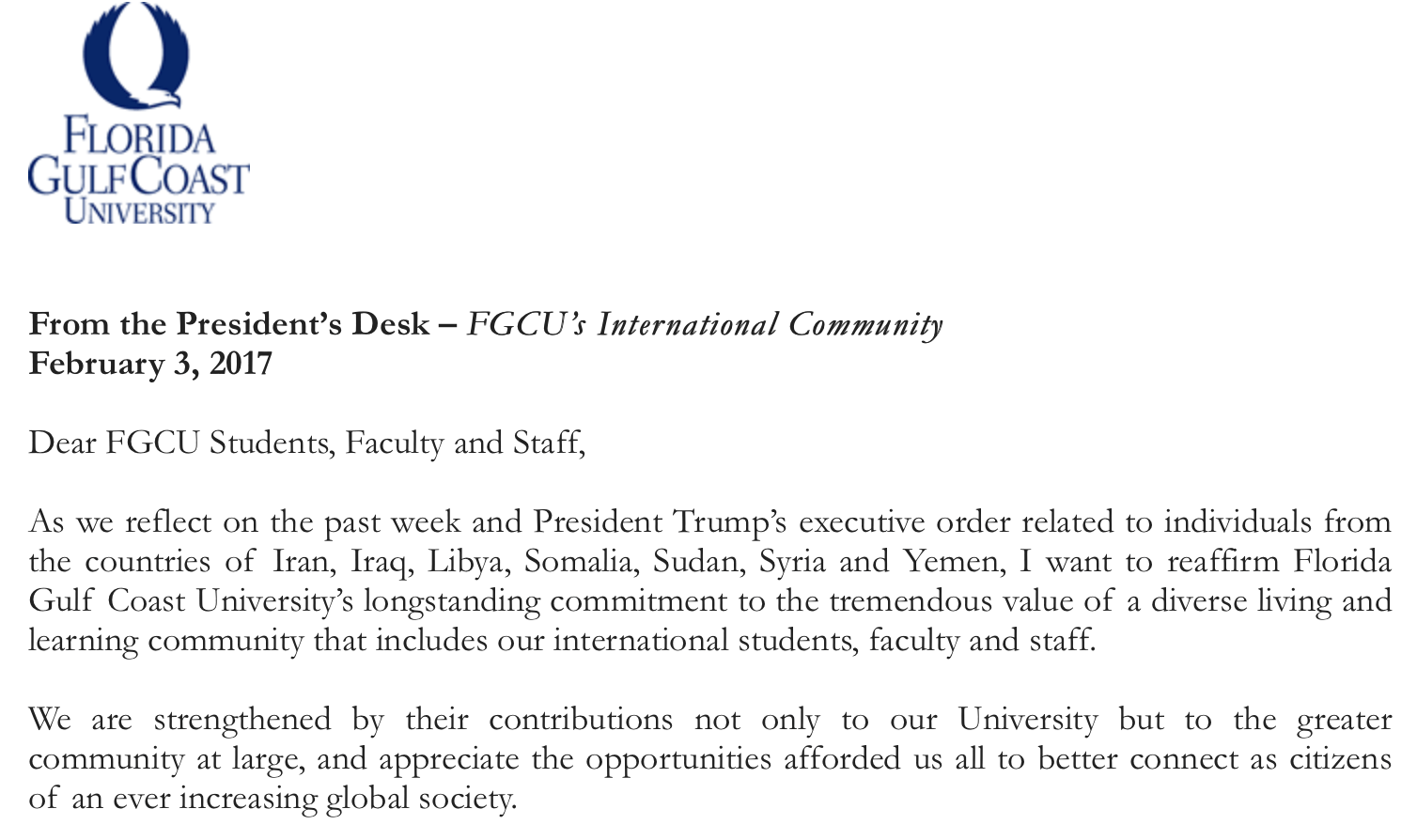 Other postsecondary institutions across the nation, namely UF and FSU in-state, responded almost immediately to the ban, which FSU President John Thrasher called “deeply concerning” within two days of the order being signed.

“I want to reaffirm Florida Gulf Coast University’s longstanding commitment to the tremendous value of a diverse living and learning community that includes our international students, faculty and staff,” Bradshaw wrote.

“The details and implementation of the executive order remain fluid, but we will continue to monitor actions at the federal level that may have an impact on our students, faculty and staff,” Bradshaw wrote.

Though, university spokesperson Susan Evans said the university does not have any students enrolled from the affected nations.

FGCU student Sharin Shafi said on behalf of Muslim Student Association that none of the club’s members or their immediate families are affected by the ban.

“But, all of us are more or less concerned with how it may affect us in the long run,” Shafi said. “We continue to stand with our fellow Muslim brothers and sisters or non-Muslim immigrant friends around the world if any injustice is being done to them without valid reason.”

Bradshaw continued his statement by highlighting the benefits of having a diverse student body.

“We are strengthened by their contributions not only to our University but to the greater community at large, and appreciate the opportunities afforded us all to better connect as citizens of an ever increasing global society,” Bradshaw wrote.