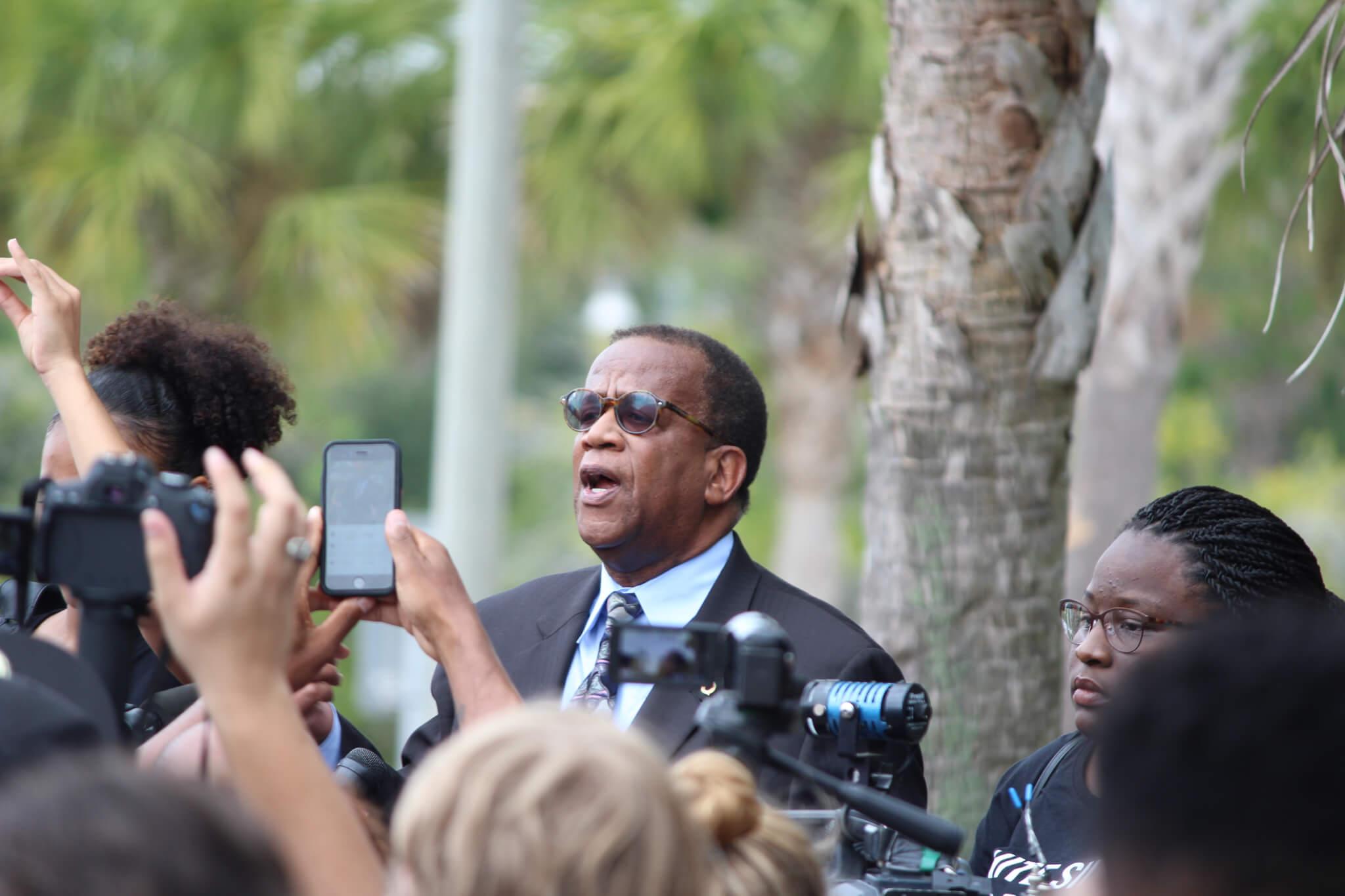 FGCU President, Wilson Bradshaw, addressed the student-held rally that occurred on Thursday, Oct. 27 in an email sent to all students.

“I could not be prouder of our students’ passionate yet peaceful message that clearly demonstrated their appropriate outrage, fear and, frankly, disappointment in not knowing about the incident when it occurred,” Bradshaw wrote in the email.

In the email, Bradshaw said that UPD has increased its patrols and officers have “been on alert to identify any other such incidents.”

During the rally, students asked Bradshaw several questions regarding the university’s lack of attention to the racial slur and graphic image that was found on a whiteboard in Seidler Hall two weeks ago, such as “If nobody had ever found out about (the drawing) would you have ever had a statement?”

“I want you to know that, at the time, I made the best decision I could with the information I had,” Bradshaw said in the email. “There was no cover-up. However, in retrospect, given the understandable emotional reaction of our community, my decision in this matter would have been different.”

Bradshaw goes on to write that he and the rest of the faculty and staff at FGCU hear students’ concerns, and that they will work with students to “make everyone who studies, works and visits here feel safe, respected and valued.”

“We have received the list of demands put forward today by a group of student organizations, and we will be responsive, including engaging students as we move forward with a renewed focus on a culture of acceptance and understanding in our University community,” Bradshaw said in the email.

In the email, Bradshaw wrote that, as an African American that grew up in a once segregated Florida, he understands the pain that can be inflicted by hateful people.

“This kind of behavior targets people because of their race, religion and sexual orientation,” Bradshaw said in the email. “It is not acceptable. It is not in keeping with our important mission at Florida Gulf Coast University. It is not okay and it will not be tolerated.”

Bradshaw ended the message by ensuring students that the university is working on moving forward.

“We will work harder together to make this a home of inclusion and respect for all, and I encourage you to participate in the process because we need all of our voices and aspirations heard.”