Can drive held in honor of National Hunger and Homelessness Week 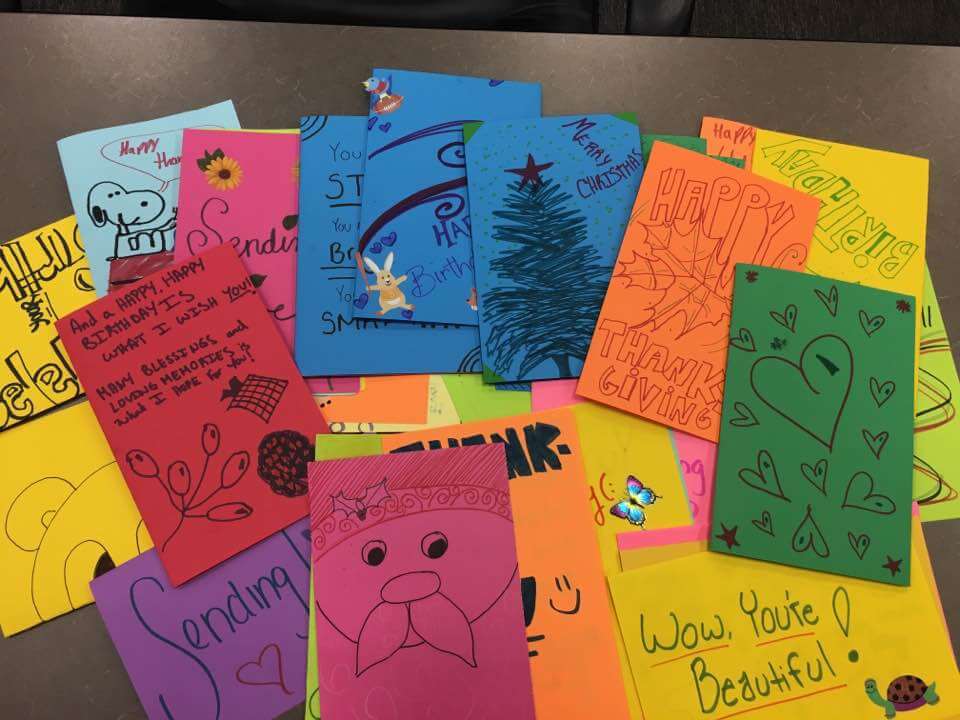 Cards created by students to give to homeless individuals and veterans. The idea behind creating the cards was to help brighten their day and let those less fortunate know that people do care. (Photo courtesy of Evelyn Philistin)

A canned food drive was held at Eaglepalooza on Thursday, Nov. 17.

The drive ran from 5:30 p.m. to 8:00 p.m. and was organized by Evelyn Philistin, Director of Civic Engagement.

It was organized as a part of National Hunger and Homelessness Week.

“What I wanted to do this year, is bring this week to Florida Gulf Coast University,” Philistin said. “Just because I feel like there was not that much education or not that many opportunities for students, faculty and staff members to learn about the issues of hunger and homelessness.

Throughout the week she, with the help of many others, organized a different charity event for each day, ranging from creating toiletry bags to making encouragement cards for the homeless.

“We also had other campus organizations get interested in helping out the homeless this week,” Philistin said. “Earlier today, for example, Phi Eta Sigma set up this awesome hunger banquet.”

FGCU students that participated in these events were able to help several nonprofit organizations, such as the Salvation Army.

Students and volunteers picking up donated food items to deliver to the Homeless Coalition. The drive was hosted the night of Eaglepalooza. (Photo courtesy of Evelyn Philistin)

“On Monday we had a ‘Blessing in a Bag’ event where we were able to pack small toiletry bags.” Philistin said. “We donated them to the salvation army. We also made encouragement cards for individuals that are homeless.”

Philistin also expressed interest in ensuring that homeless people are not forgotten.

“Something that people forget is that the individuals that are homeless, unfortunately, they don’t get to celebrate their birthday,” Philistin said. “I’ve met individuals that are homeless who, in fact, forget their birthdays because they haven’t heard someone say happy birthday in so long. So, by creating these cards, we are able to remind them that they are important. They are people, and we’re here for them.”

On top of collecting donations and assisting nonprofit organizations that help the homeless, Philistin and her team also decided to step into the shoes of a homeless person for a day.

“Last Saturday, along with the Lee County Homeless Coalition, we walked about two miles,” explained Philistin. “This was a way for us to sort of feel what it was like to walk the walk that many homeless people have to, due to their lack of transportation. Even if it hot, even if it’s raining you have to keep walking.”

Participants were not only able to help out the homeless, but were also able to be enlightened about what it really means to be homeless and the struggles that come with it.

By learning the meaning of their voluntary work, many students have now become more motivated to make positive changes in their communities by helping the people and causes that really need it.

If you were not able to attend the can drive, but are still interested in donating, you can contact Evelyn Philistin at sgengage@fgcu.edu.