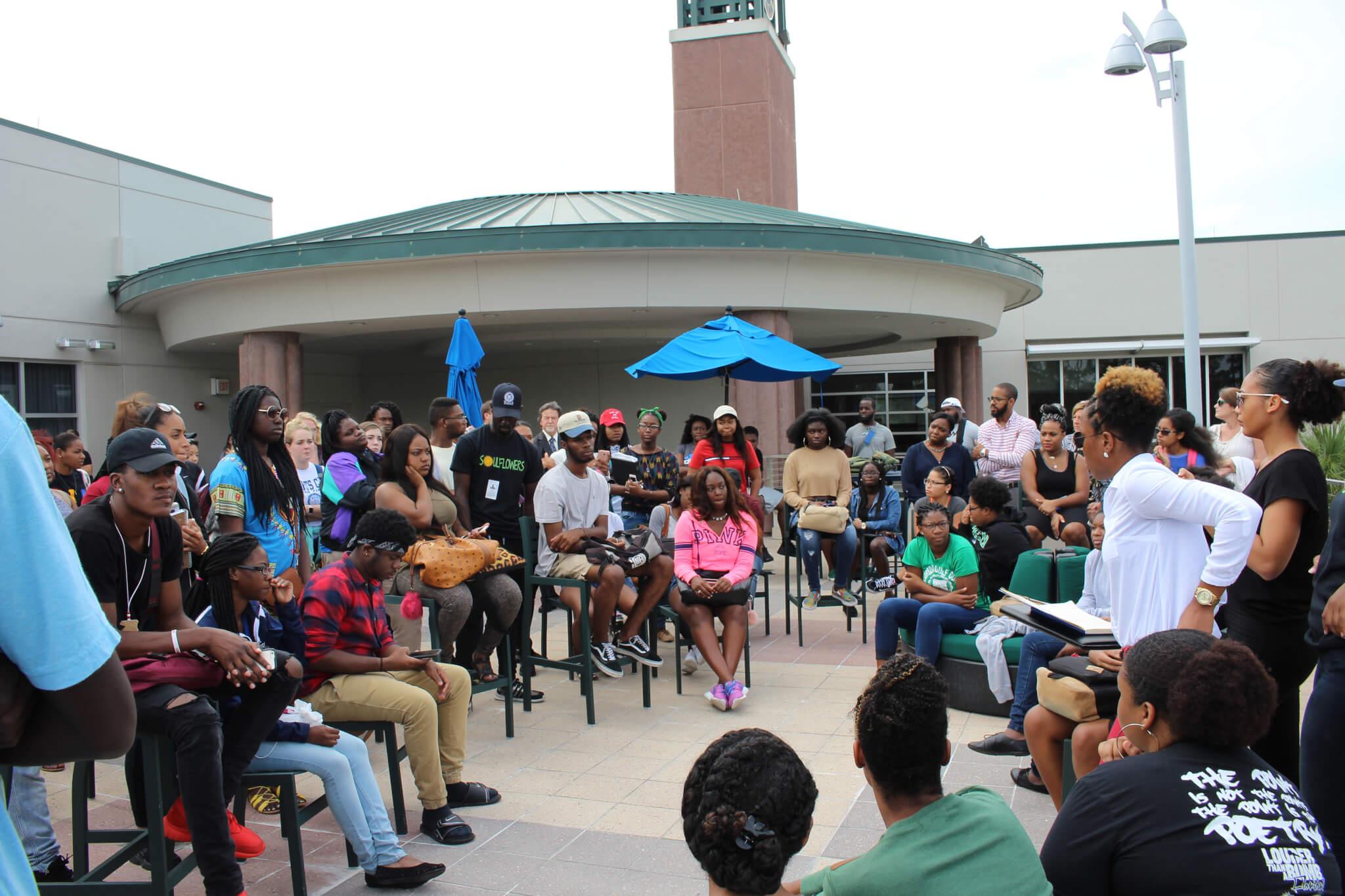 At 1 p.m. on Thursday, Oct. 27 in the Cohen Center bus loop, the Coalition of Black Organizational Leaders will hold a protest against FGCU administration’s delayed reaction to a racial slur found on a whiteboard in Seidler Hall.

The COBOL gathered on the balcony of the Cohen Center to discuss the incident Wednesday afternoon. During the meeting, members discussed how to demonstrate their discontent with the way the situation was handled by both FGCU officials and UPD.

Over the course of the meeting, members decided to hold a protest at the bus loop near Cohen Center.

“FGCU let us down by keeping this under wraps for two weeks,” Woods said. “This is a threat on our lives which needs to be taken seriously and I feel like, right now, FGCU isn’t taking it seriously.”

COBOL urges everyone to come to the bus loop at 1 p.m. to march in protest.