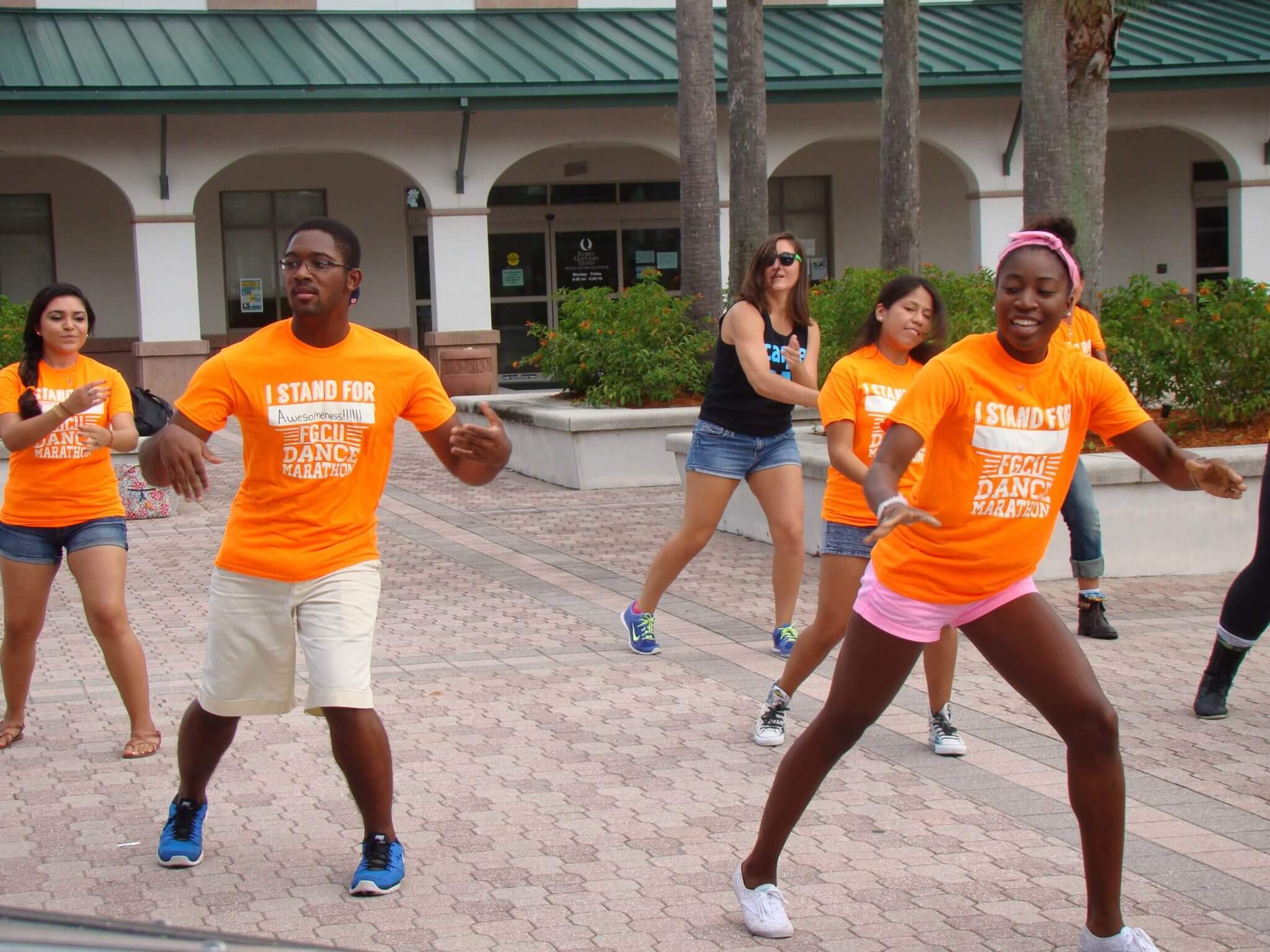 National Dance Day was celebrated Thursday, Sept. 25 around the nation. Florida Gulf Coast University students chose to recognize Dance Marathon by having a flash mob in the Student Plaza at 12:20 p.m.

The time was chosen so that students getting out of class at 12:15 would be able to see the flash mob.

The mission of the flash mob was to bring awareness to Dance Marathon, an annual event in which students raise money for All Children’s Hospital.

More than 100 students gathered to watch 15 morale captains dance in the flash mob. DM staff also plans to use more social media to advertise for the 12-hour long dancing event.

Students were very excited about the spontaneous flash mob in the plaza.

“The event brought awareness to a program that is very near and dear to my heart,” said senior communication major Thomas Monks.

“DM is a great way to get involved on campus and build your resume,” said senior marketing major Sarah Beth Scott.

Senior resort and hospitality management major Jasmyne White is the overall director of Dance Marathon and is excited about the progress that has been made since the program’s inception three years ago.

“We’re getting a lot more support from the community and the university is very supportive. I’m excited to see the growth of DM,” she said.

Students can sign up to participate in Dance Marathon online for $10. Starting Nov. 1st, the cost of registration will go up to $15 for each individual participant.