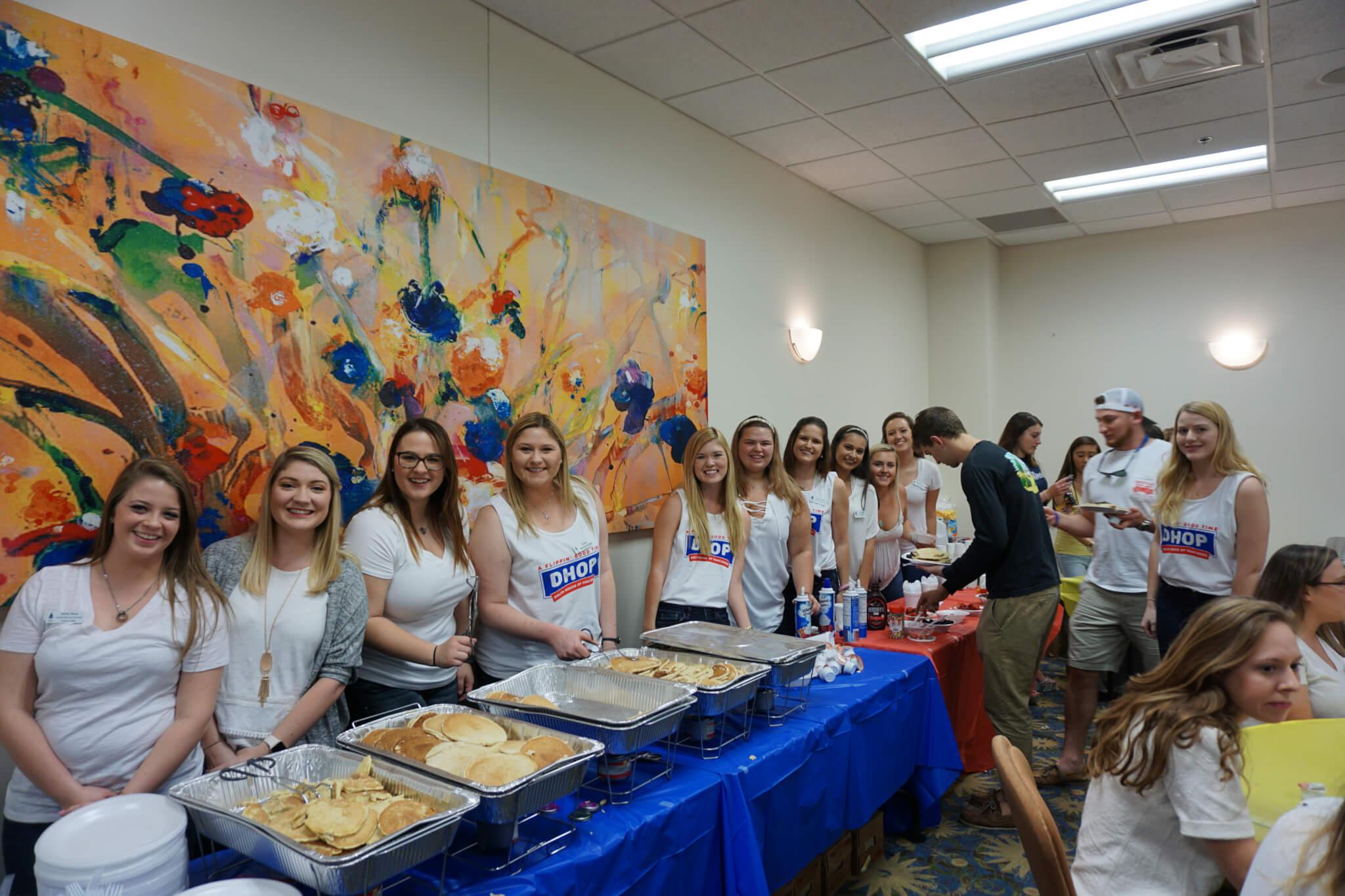 The sisters of Tri Delta pass out out pancakes to the guests/donors of DHOP. (EN Photo / Zack Rothman)

Hosting roughly 500 people in only two hours, the Epsilon Alpha chapter at FGCU raised approximately $2,500 for the philanthropy.

Since declaring St. Jude as its official philanthropy in 1999, Tri Delta has raised over $45 million nationwide for the organization.

Setup in Sugden Hall, aluminum catering trays stacked twice as high as the table marked the start of the buffet. As you worked your way down the line of pancakes, you reached a toppings table equipped with syrup, sprinkles, chocolate chips, whip cream and more.

Justine Cusimano, who was recently appointed philanthropy chair for the Tri Delta chapter about a month ago, was tasked with organizing the event.

“I only had three weeks to figure out all of the logistics,” Cusimano said. “It was quite the roller coaster ride. Unfortunately, I didn’t have a committee in time for DHOP, so a lot of the planning was done by myself and with the help of random sisters.”

Once Cusimano had found the right venue, then came the struggle of finding someone to make 3,000 pancakes.

“This was by far the hardest obstacle,” Cusimano said.

After visiting over 13 restaurants, Cusimano was able to get in touch with the catering director at Chartwells — the same provider behind all of FGCU Dining’s options on campus.

Chartwells ended up donating 3,000 pancakes, syrup and butter to Tri Delta and St. Jude at no cost.

Bombarded with organizing and delegating tasks, Cusimano didn’t have time for pancakes that night.

“For the last three weeks, all I thought about were pancakes and how I was going to get 3,000 of them on time,” Cusimano said. “So, at that point, I was ready for a break from all the pancake talk. They were delicious when I ate them the next day though.”

On top of the proceeds being donated to St. Jude’s, letters and instructions were set on the middle of each table for guests to write a motivational message to a child at St. Jude.

Pledging in 2014 to raise $60 million for St. Jude over 10 years nationwide, FGCU’s Tri Delta Chapter is doing its part toward the cause. 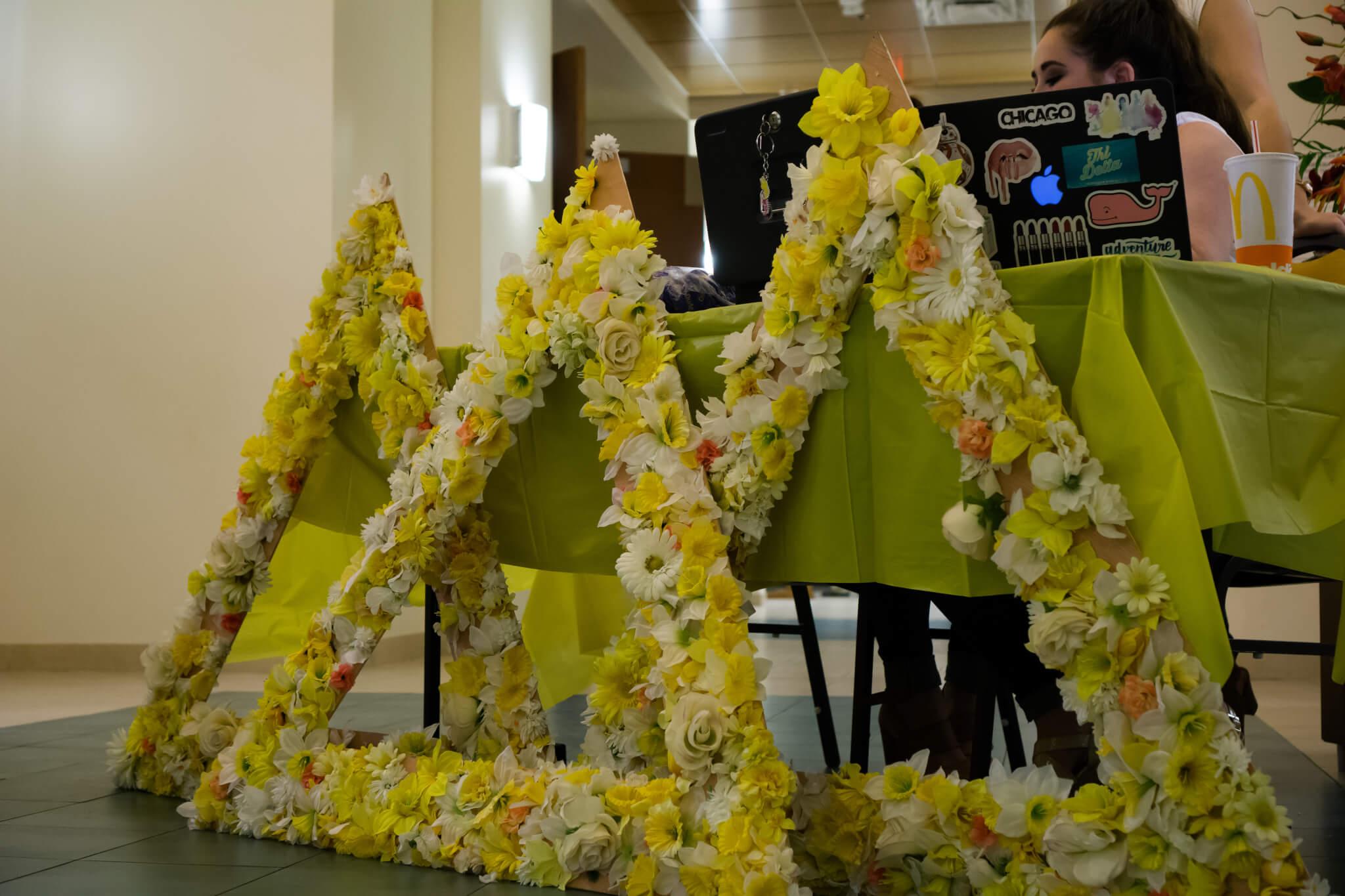 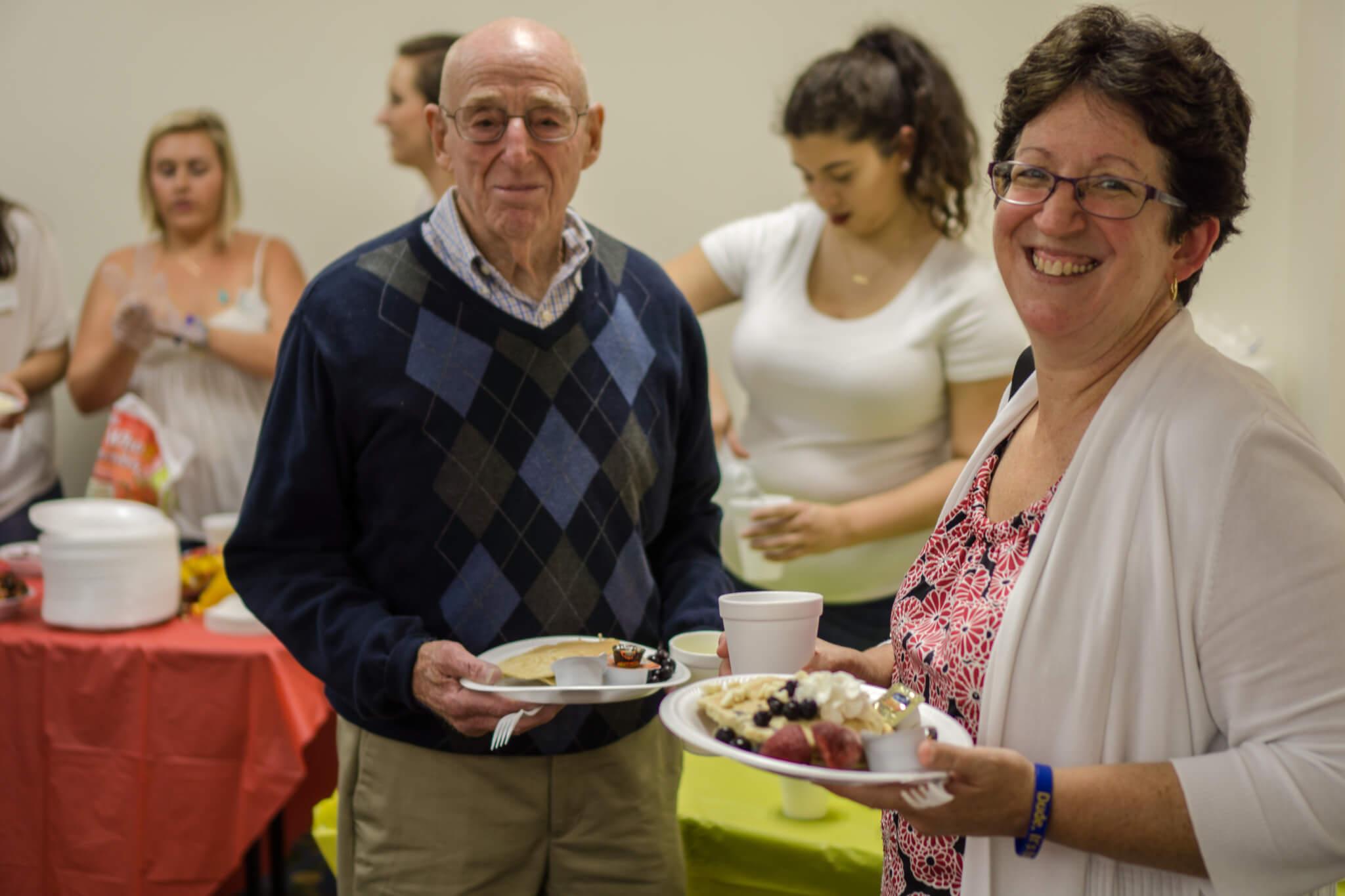 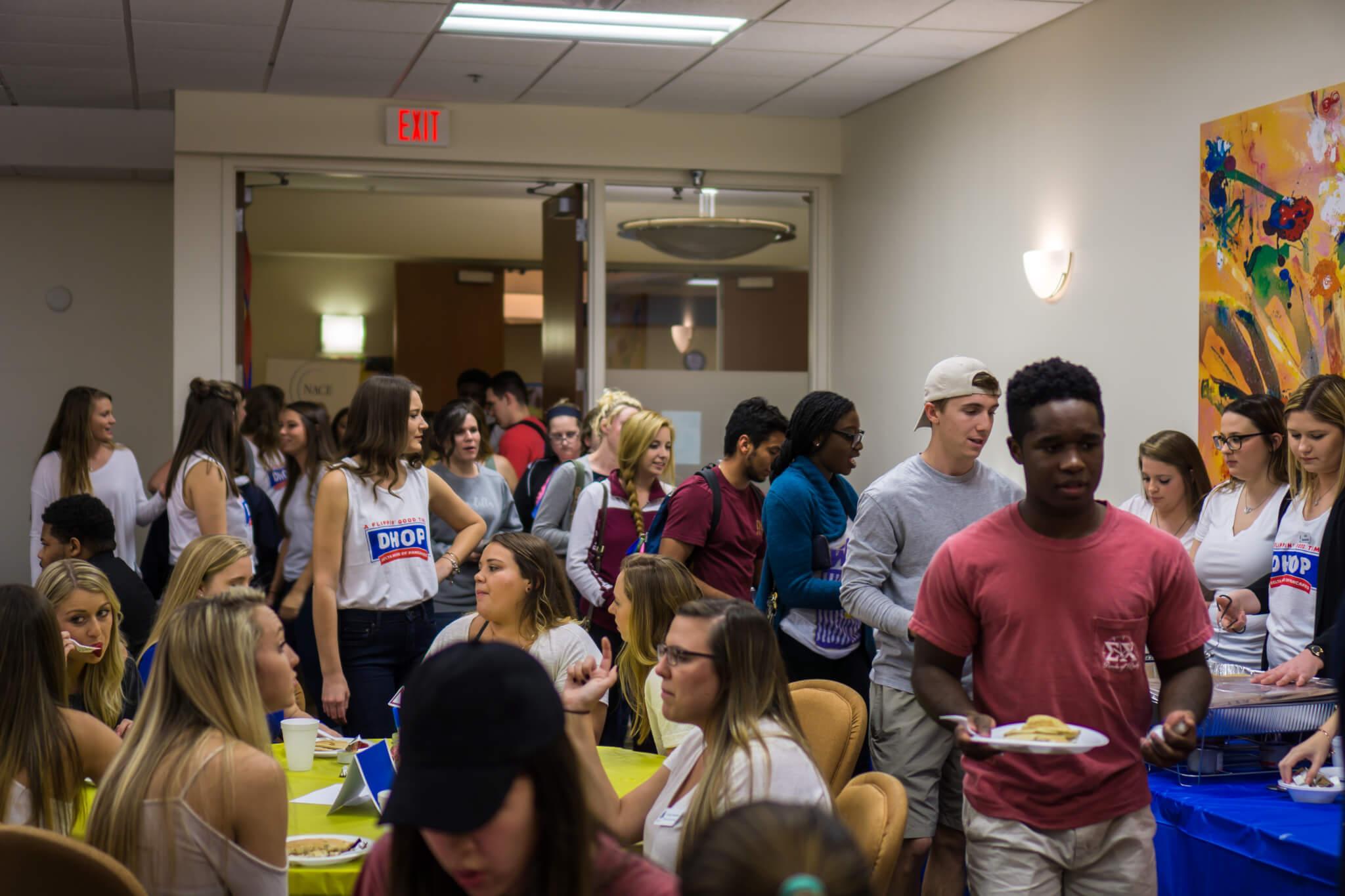