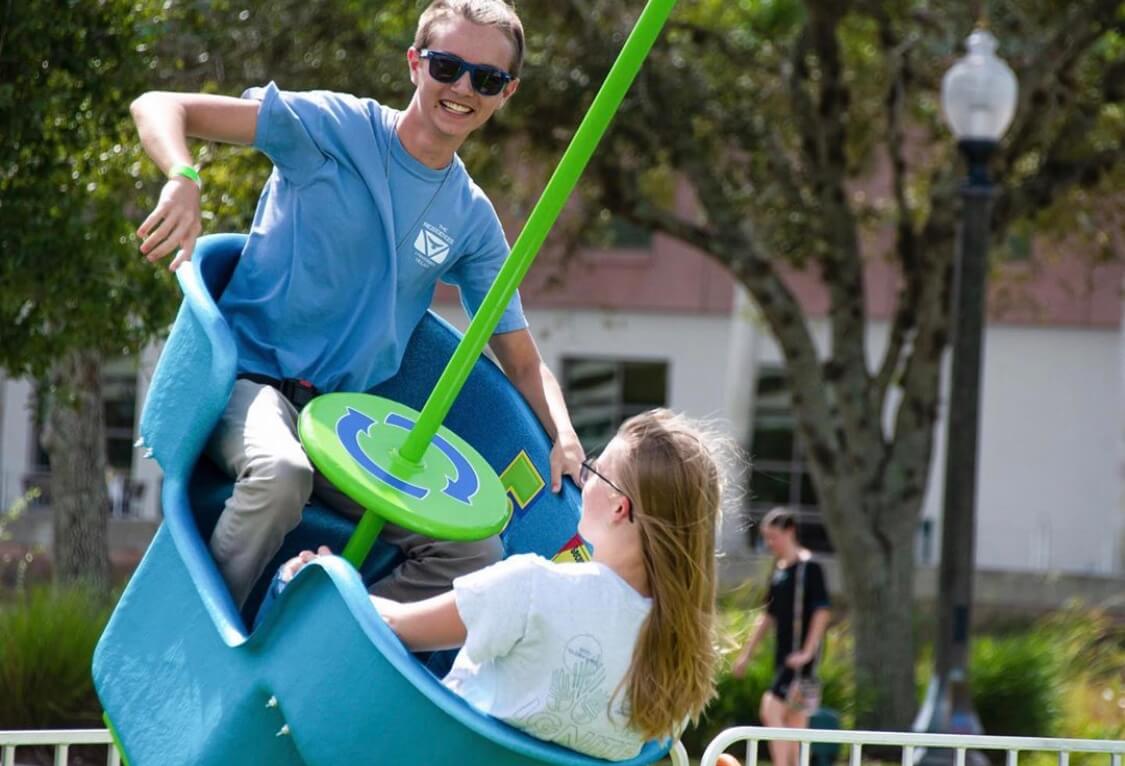 FGCU’s Programming Board (PB) brought “The Happiest Place on Earth” to the library lawn during their  event, Disney University.

The Disney themed afternoon took place from 11 a.m to 2 p.m. on Monday, Oct. 11, underneath the Veteran’s Pavilion at the center of campus.

“The inspiration behind the event came from Disney World itself, and I wanted something students could take away from the event,” said Samantha Nelson, Director of Special Events.

Various Disney themed activities, such as a Disney bounce house and a photo booth, were on the scene for the event.

The attraction that brought in the most participants to Disney University was the spinning, wind-up ride at the center of the lawn.

“I attended the event because of the noticeable attractions and my love for Disney,” said sophomore Lonneke Williams. “It was a good event; it felt like a quick relief from classes.”

Famous Disney treats, like the pineapple Dole Whip and sugar-coated pretzels, were complimentary to students who swiped in using their ID.

Five lucky raffle winners won Disney waffle-makers. The only requirement to enter the giveaway was to follow @fgcu_pb on Instagram.

“This was a great event for college students because many people love Disney,” said Jessica Scott, a member of PB’s Special Events Committee. “Since it’s [almost] midterms week, many people got a chance to take a break from studying to have a little fun.”

PB has planned the details of Disney University since May, allotting enough time to contact vendors and prepare for the event.

“I think the [planning] paid off, and it went well,” said Nelson. “Students looked forward to this event because of the theme, and many people were interested in Disney being brought to campus.”