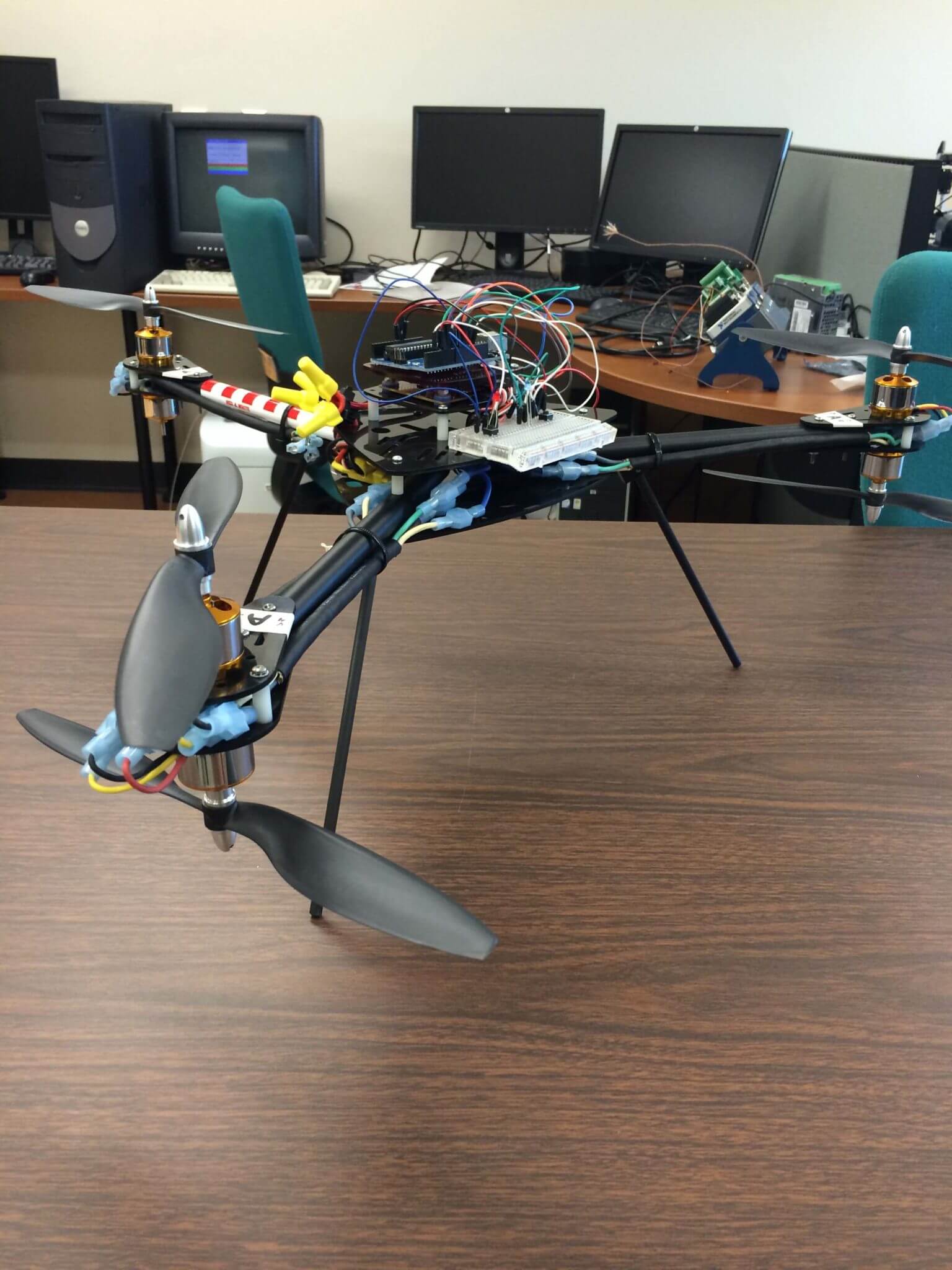 The software engineering department at Florida Gulf Coast University is bringing an exciting element to personal relations and field research projects alike. Professor Janusz Zalewski and his students are currently working on a drone that will be accessible not just to engineering students but to any department on campus.

Senior Lindsey Carboneau is one of the students involved in the drone project.

“This is being used for our research with network connectivity,” Carboneau said, “so this one will eventually be, by the end of the semester, connected to a website that’s hosted on our server.”

The ideal purpose for the drone, or Unmanned Aerial Vehicle (UAV), would be to perform experiments and surveys in the field that are too hard for humans to navigate. For instance, if the environmental science department wanted to take a survey of the Florida Panther, it would be difficult to go out into that habitat. Instead, the UAV would serve as a “bird’s eye view” to observe the area. This also keeps humans from interfering with any data from the experiment.

The layout of computers, wires and bleeps works this way. First, Carboneau plugs in a battery pack and straps it to the back tail of the drone. When the aircraft is switched on, it chimes a series of tones and flutters its propellers. It then calibrates the gyroscope, a stabilizing mechanism found in all aircrafts that allows it to stay horizontal during flight. Once the blue light turns on, the drone is ready for takeoff.

On top of the UAV two computers “talk” to one another. A control board on the top of the drone gives commands to the rest of the pieces whether to throttle up, down, or maintain speed. The secondary board underneath the main control tells whether the drone is level or if it needs to slow down a propeller to steady itself.

One of the issues that the engineers are working on right now is being able to pilot the aircraft from a radio control remote.

“We don’t want it taking off right now because it’s not directly controlled without sticking your face right near it,” Carboneau said. “It will be really cool when it can control itself.”

Another problem is carrying capacity. The battery for the UAV that the engineering department is using right now is almost the exact weight as the drone’s limit, giving it a flight time of about 30-45 minutes. To fix this, the team is working on a way for the drone to communicate back to them saying: “My battery is dead, I need to make an emergency landing. Come pick me up.”

Zalewski is thinking about buying another drone specifically for PR purposes to help bring more students to FGCU. It would be a great way to show interested students who are touring campus just what they can get involved with, no matter which major they are interested in. For now, the drone will stay inside the lab until it is ready to take to the air sometime in the spring.