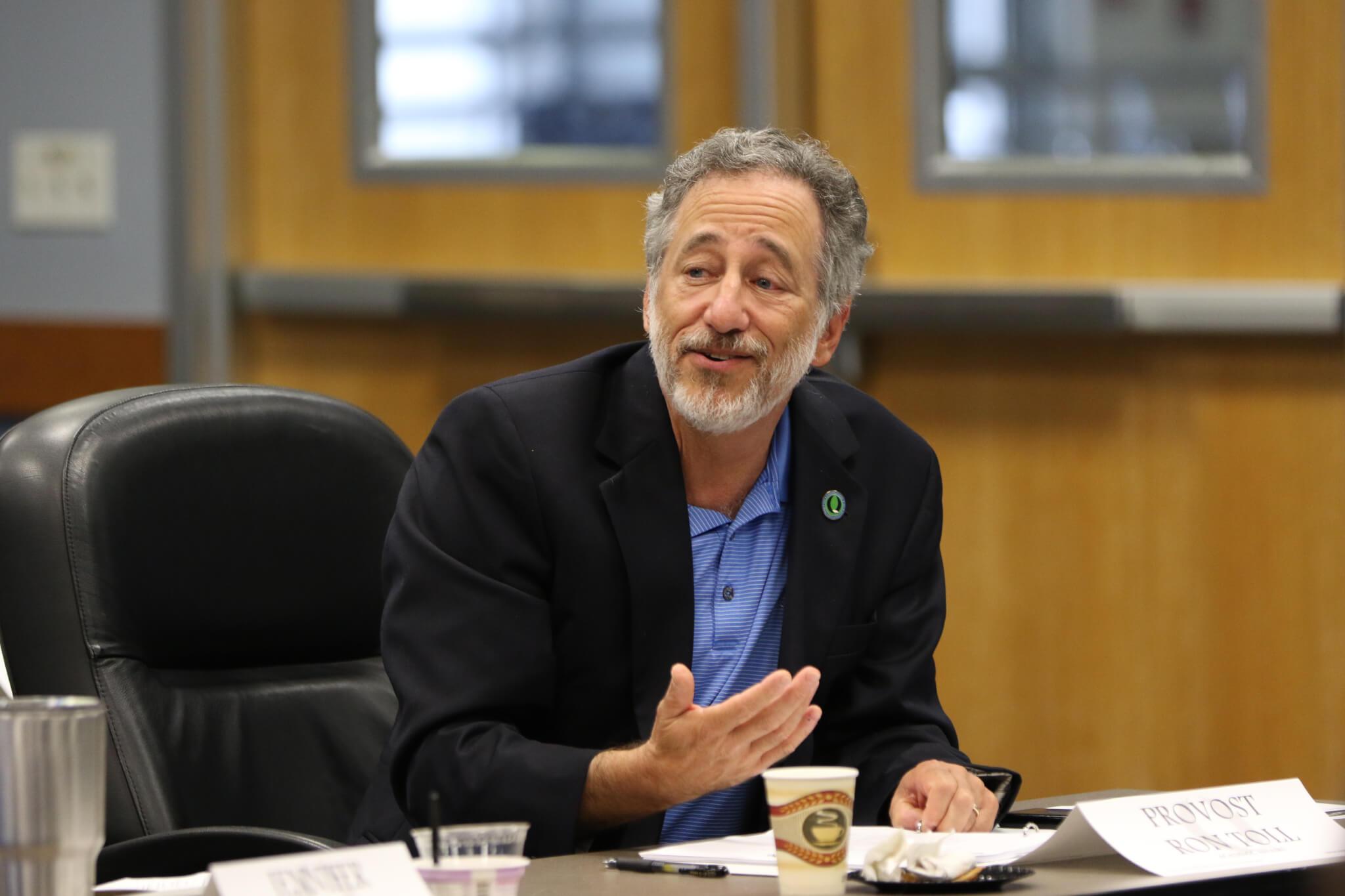 In the wake of the student-led rally that was held on Thursday, Oct. 27 due to the lack of transparency from administration regarding the racial slur found in Seidler Hall, members of Faculty Senate discussed the matter during their Friday, Oct. 28 meeting.

During the meeting, Felton said that he had received several emails from faculty members regarding the rally.

“Some of the concerns from the faculty was ‘is there anything that the senate would do?’” Felton said. “So, I wanted to bring that forward to us as a body. I know we all share the same values that those types of things are not acceptable here at FGCU.”

Sandra Pavelka, the vice president of FS and a political science professor at FGCU, spent her class time on Tuesday, Oct. 25 discussing the recent incidents with her students.

“My class and I had an amazing discussion on Tuesday,” Pavelka said. “It was healthy and really good dialogue surrounding the subject.”

Pavelka said that, at times, the discussion was rough, but it was something that she thought needed to happen.

“It’s hard; it’s tough, but it’s good to have the dialogue,” Pavelka said.

Pavelka suggested that members of FS, students, staff and members of the community participate in a circle discussion similar to the one she carried out in her class.

During his standing report, University Provost Ronald Toll, who practices Judaism, shared his personal feelings regarding the recent incident.

“I’m going to go a step further and say this to you, being a member of a different form of minority in this country,” Toll said.

Toll said that he has experienced anti-Semitism during his time at other universities, including finding “gas the Jew” carved into a wooden desk and a swastika drawn on a bathroom wall.

“This university will never, ever, ever stand for that kind of display,” Toll said. “We will never tolerate it. We will certainly never condone it.”

Student Government will continue the discussion during an open forum meeting that will be held from 4 to 5:30 p.m. Friday, Oct. 28 in Sugden Hall, room 110.