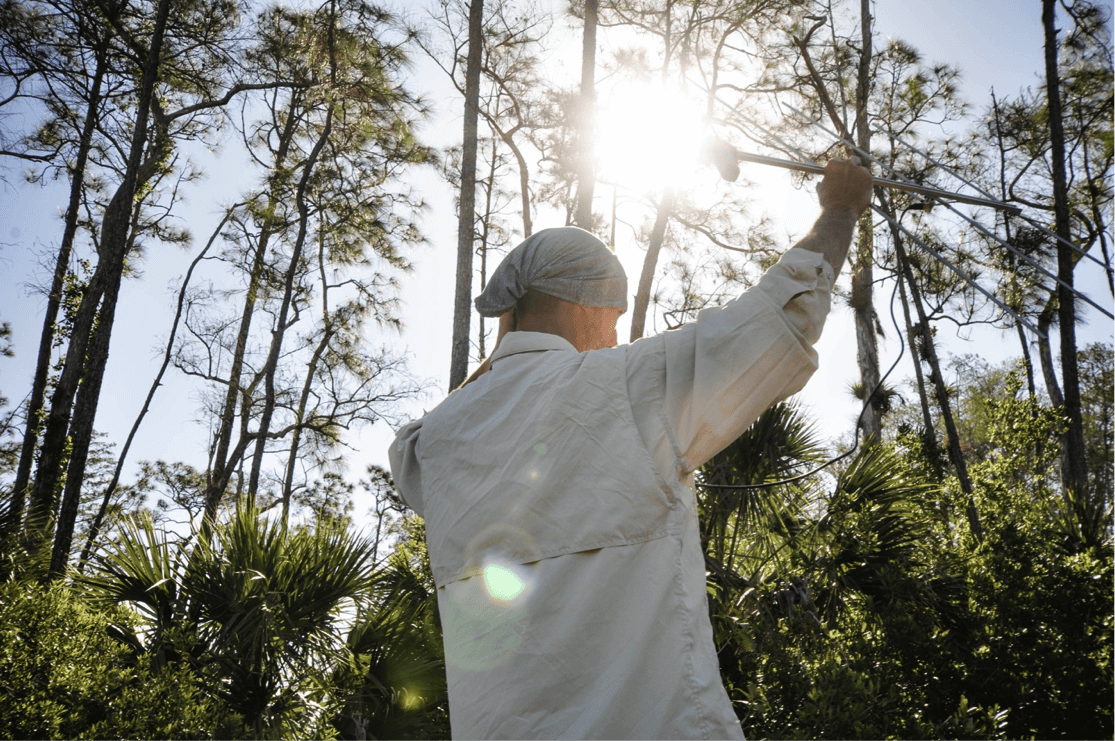 An unofficial tree planting memorial in honor of deceased FGCU Assistant Professor of Biology, John Herman, will take place at the food forest on Wednesday, July 4, at 11 a.m.

Herman, who specialized in herpetology and was known as the “snake whisperer,” was confirmed dead by FGCU administration in an email Tuesday afternoon.

Herman passed on Monday night due to an apparent “long term illness”, according to a Facebook post by FGCU journalism professor, Lyn Millner.

He grew up on a 400-acre farm in Ohio and recalled days of farming and playing outside with his brother. His love for snakes started at age 4, and according to Herman, he always knew what he wanted to be.

At 18 Herman attended Michigan State University where he got his bachelor’s degree in ecology with a concentration in zoo and aquarium science. His ultimate goal as to work as a herpetology zookeeper at the place he spent his childhood in: the Toledo Zoo.

A month after graduation, a long-time keeper had left, and Herman was able to get his dream job. Three years later, he wanted to do more for reptiles and amphibians, so he went on to get his master’s, and then doctorate, in ecology from the University of Toledo.

He eventually found his way to FGCU as an instructor in 2011, working his way to assistant professor. Herman’s ultimate goal was to instill ecological responsibility in students.

“Humans are animals,” Herman said in an interview with Eagle News in 2016. “We do live in the environment. We’re not outside or above it. Doing projects like the snake tracking helps you to have a sense of self-worth. Where do you fit in in this whole life thing? That’s what I like to demonstrate to students.”

In an email sent by the FGCU administration, Dean of the College of Arts and Science Robert Gregerson, described Herman as an “exceptional teacher, colleague and friend.”

“He cared deeply about his students, both academically and personally,” Gregerson said in an email. “No one devoted more time to helping students succeed than did John.  He was a model of the FGCU Effect and will be sorely missed by all who knew him.”

WHERE: Food Forest [behind the welcome center]

One of the best professors I’ve ever had, so sad to hear this ♥️ https://t.co/JKTnkixNX6

John Herman was a wonderful colleague and scientist. He lived well and will be missed greatly.

Woke up with the news that my Mentor and one of the best professors at @fgcu passed away. Dr. Herman’s passion for teaching and love for his students is so rare. The world lost a gem

I used to sit in his classroom and think about how amazing he was… his passion for making students love science could he seen during every class session ??? https://t.co/RgRnZC5xAw