FGCU graduates more than 1600 in the 2016 spring commencement ceremony 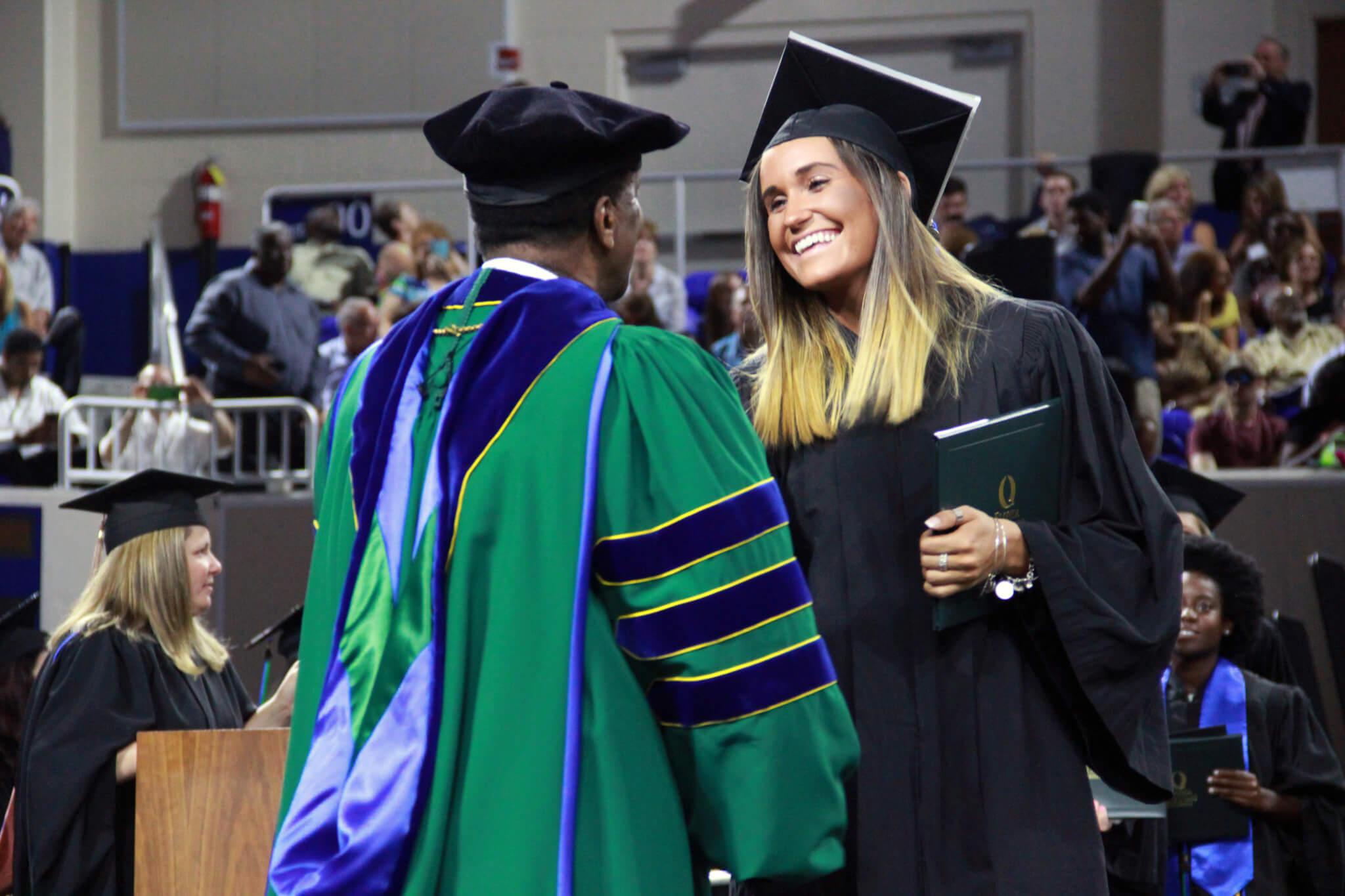 The first ceremony was for students who graduated from CAS and began at 9 a.m. Dean Robert Gregerson gave a memorable address, stressing the quality of education the now-graduates have received during their time at FGCU.

“This group of students graduating today has been without a doubt well-educated,” Gregerson said.

Gregerson then went on to compare how life was like while he was in college, examining the differences and similarities between the graduates that sat in front of him on stage and the ones he sat next to years ago.

Six hundred and eighty degrees were given during the first ceremony. The major with the largest number of graduates was communication followed by psychology.

“Your experiences while attending FGCU are unprecedented,” Provost Ron Toll said during the first ceremony.

Elaine Marieb — an internationally known author who penned several science textbooks and whose name will forever be immortalized in Marieb Hall due to a $5 million donation to FGCU in 2012 — was awarded an honorary doctorate during the second ceremony.

The third and final ceremony of the 2016 spring commencement was for students graduating from LCOB and the U.A. Whitaker College of Engineering. It began at 5 p.m. LCOB Dean Bob Beaty addressed the crowd after joyfully confessing that both him and Whitaker Dean Richard Behr were scheduled to speak, but Beaty ended up giving the speech because he won a game of “rock, paper, scissors, lizard, Spock.”

“Graduation day is without a doubt my favorite day of the year,” Beaty said. “As I look at today’s audience, it is truly an amazing sight.”

The LCOB awarded 329 degrees. The major that had the most graduates was business management followed by marketing. As for the College of Engineering, 135 degrees were given with the most in software engineering followed by civil engineering.

Faculty Senate president and Board of Trustees member Shawn Felton gave a lighthearted introduction during each of the three ceremonies, touching on the importance of hard work and dedication not only in college but through life’s later years.

“Protect who you are,” Felton said. “Protect your integrity.”