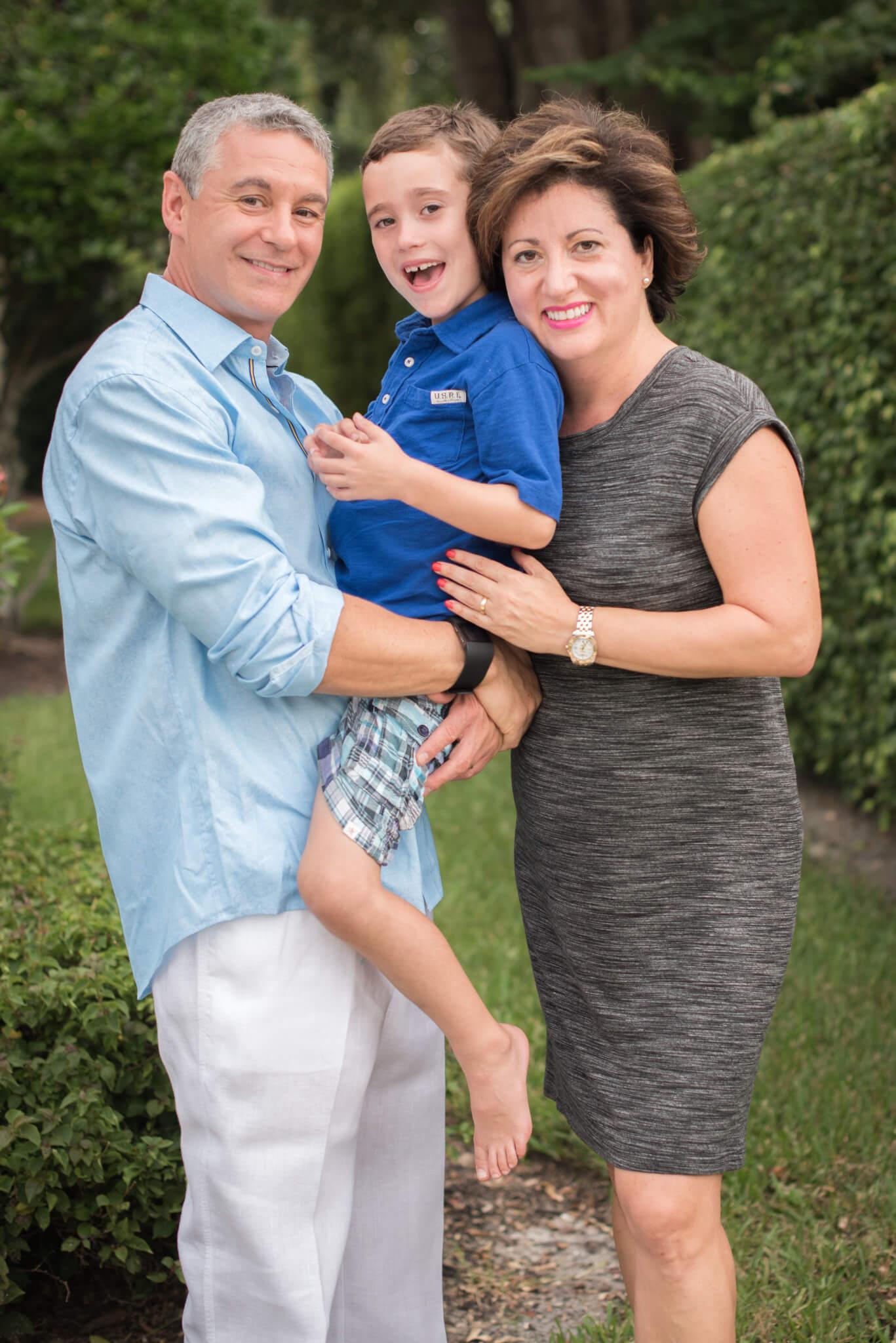 On most days, you’re likely to find Tom DeMarchi reading, spending time with his wife, fellow FGCU professor Karen Tolchin and his son, Charlie, doing a crossword puzzle or jamming out to anything from contemporary jazz to Tom Petty.

But, during the first weekend in November, there’s only one place you’ll find him: on Sanibel at the yearly Sanibel Island Writer’s Conference — not just as an attendant, but as the man who makes it all happen.

“It’s the weekend I look forward to most every year,” DeMarchi said. “I really enjoy doing it. It’s a huge part of my professional and personal life, and I’ve made a lot of great friends who have attended and presented.”

DeMarchi is an Instructor II in the department of language and literature. He’s been at FGCU since 2004 and has been directing the SIWC since 2005.

Jim Brock, a literature professor who has been at FGCU since 1998, told DeMarchi about the idea for a writer’s conference that had been discussed but had never come to fruition and asked if DeMarchi would want to be the director.

“I said, ‘If you’re looking for somebody with no experience or organizational skills, I am your man,’” DeMarchi said. “And, somehow, it happened.”

It didn’t just happen; it’s now been happening for over a decade. Going on its 11th year, the SIWC has grown from 14 presenters and 48 attendees in its first year to 35 presenters and almost 170 attendees last year.

There is only one prerequisite to attending the event: a desire to write.

“We’re looking for people to show up and feel like there’s nothing more important for them to do than write,” DeMarchi said.

Writers from all disciplines — from novelists to poets to songwriters — come together to collaborate with each other and other aspiring writers.

There are no age limitations; there have been 14-year-olds up to 94-year-olds attending in the past. Usually, around one-third of the attendees are FGCU students, but the rest have included people from Europe, Africa, Canada, Australia and all around the U.S.

“It’s been remarkable that word of the conference has spread so far,” DeMarchi said. “It’s a totally different experience than many other conferences. It’s very, very interactive, not just a lecture thing. There’s an intimacy that you don’t get just anywhere.”

This aspect is Mark Massaro’s favorite part of the conference.

Massaro took one class with DeMarchi. He graduated with his bachelor’s degree in English from FGCU and is currently in the second year of the graduate program at FGCU, also studying English. He is teaching Composition I this semester.

“You get to have food and drinks with authors whose books you’ve read,” Massaro said. “It’s amazing. Besides the creative aspect of it, the networking is really great.”

DeMarchi chooses a different keynote speaker every year and has a core faculty of about 10 people who present, with up to 15 different people who come to make up the rest of the roster.

There are over 700 authors who have reached out to DeMarchi over the years, requesting to be presenters at the conference.

“I try to make it as diverse and current as I can while also changing it up every year,” DeMarchi said, “but I also like the stability of a foundation of people who I know are so good. They are great writers and great people who leave their egos at home.”

Another big influence in his life has been music. He’s been known to give the students in his classes mix CDs and to play music in class.

“I think that music is the most beautiful, mysterious and important thing in the universe,” DeMarchi said. “I think the best lyric writers are as good as any of the best poets who have ever lived. I bring songwriters to the conference who I think are brilliant lyricists.”

Kelsey Abell, a senior majoring in English and minoring in creative writing, will be attending the conference for the third consecutive year. She has taken three classes with DeMarchi.

“I think he walks the really fine line of giving you helpful critique while also encouraging what you’re doing,” Abell said. “He encourages your good things while gently discouraging the bad. I think that’s really important for a writer.”

DeMarchi doesn’t only encourage his students’ writing, but he gives them ownership in the classroom as well. If you walk into his creative writing class, you’ll more than likely find him seated among the body of students while one of them teaches a chapter from their book back to the class.

His goal is to find ways to connect his students to the arts of reading and writing. One of the ways he does this is through a class called Writing Theory & Practice. He created it as a virtual course that only meets once at the beginning of the semester, and the main requirement is to attend the SIWC.

The SIWC is not only the event that DeMarchi looks most forward to every year; it’s the event that he pours his heart into in order to share his passion with so many others.

“Reading saved my life,” DeMarchi said. “Everyone should read, read, read. It’ll change your life. It’ll change your brain. I’m not the smartest, most compassionate, empathetic, soulful person by a long stretch, but the little bit of intelligence and soulfulness I may have — anything I have going for me as an asset — I attribute to reading.”