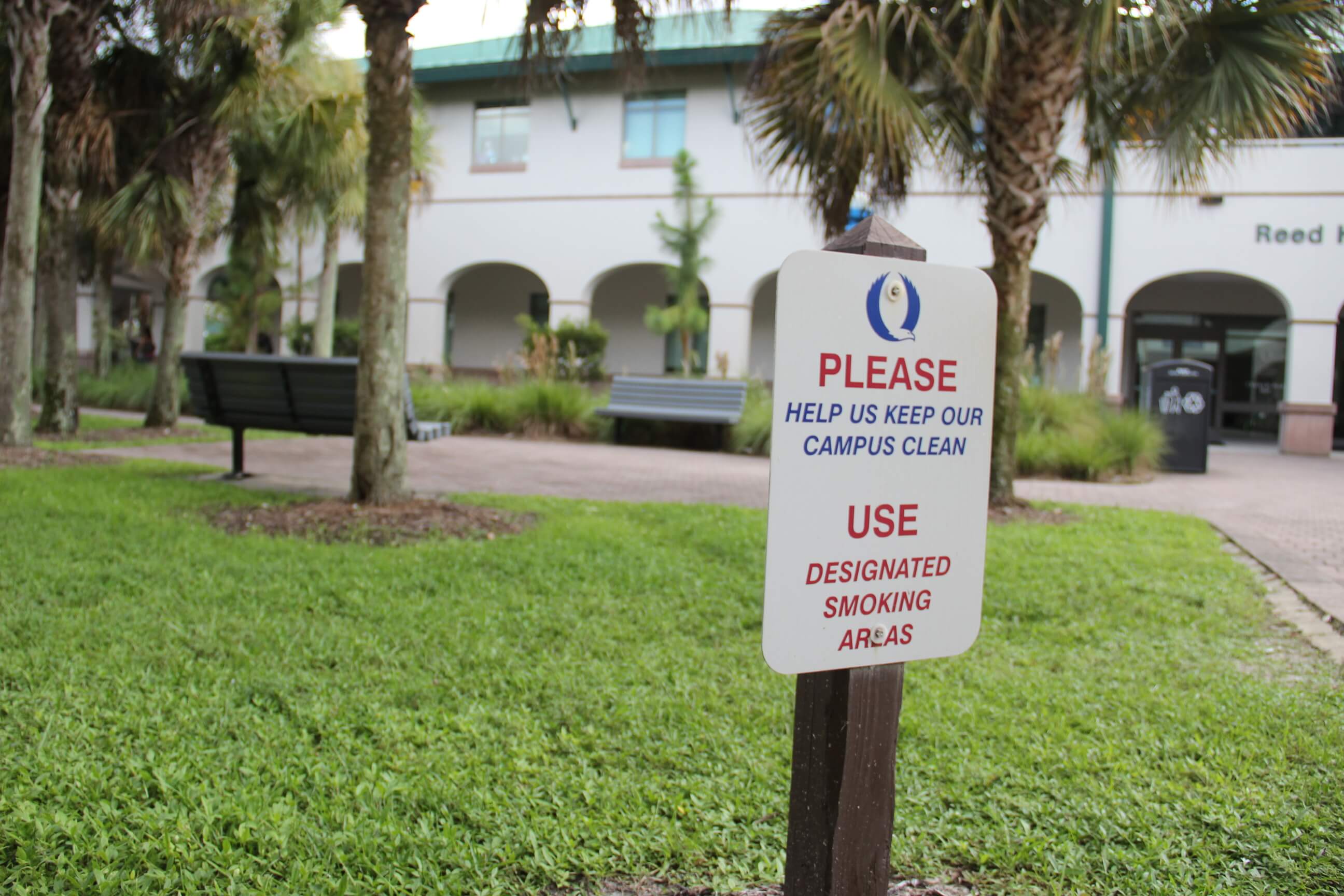 Following President Wilson Bradshaw’s decision to appoint the Smoke-Free and Tobacco-Free Campus Implementing Committee in response to years of student discussions, the first public forum regarding this decision will be held from 8 to 10 a.m. Oct 28 in the Cohen Center Ballroom.

Jon Brunner, director of Counseling and Health Services, and Mitch Cordova, dean of the College of Health Professions and Social Work, who serve as the co-chairs of the committee, plan on moving forward with the ruling quickly. By the summer of 2016, FGCU’s campus will officially be smoke- and tobacco-free.

“The Smoke/Tobacco-Free Campus Implementing Committee will guide and oversee this effort, including developing and encouraging participation in smoking cessation and other such educational programs; developing marketing initiatives to inform our campus constituents and visitors; and implementing a comprehensive plan to transform FGCU into a campus free of tobacco products and smoke,” Bradshaw said in a memo to faculty and staff in February when he first decided to move on with the campaign and appoint a committee.

Along with Cordova and Brunner, other members of the committee include student Stephanie Alcime, Sendi Colquitt from the Office of Student Involvement, Brian Fisher from Housing and Resident Life, Rose Pignataro from the College of Health Professions and Social Work and Priya Thomas from Prevention and Wellness.

SFTFCC developed www.fgcu.edu/cleanair in order to “provide up-to-date information for all campus stakeholders, concerning aSmoke-Free and Tobacco-Free campus, such as cessation resources, updates on informational sessions and answers to frequently asked questions.”

According to the webpage, SFTFCC has been holding bi-weekly meetings since the summer of 2015 to assess progress of the campaign. A timeline of the campaign available on the site clearly states the committee’s intentions, stating that by spring of 2016, the Official Smoke-Free and Tobacco-Free Campus effective date will be announced.

Also by spring of 2016, A Smoke-Free and Tobacco-Free Campus regulation will be presented to the FGCU Board of Trustees. By fall of 2016, remaining designated smoking areas will be removed from campus, and smoking cessation resources will be available to the FGCU community.

“I agree with the committee’s plan because FGCU is an eco-friendly school, and it would only make sense to make the campus 100 percent smoke- and tobacco ree,” said Antoinette Hansen, a freshman busniess major. “By moving on with this decision, it would hopefully influence more students to quit smoking.”

According to an article published by news-press.com, Florida SouthWestern State College banned smoking on its campus in 2010, thus becoming the third college in the state of Florida to go completely smoke-free. Lee County also ratified a tobacco free workplace plan that banned county employees from smoking outside of designated areas.

According to 2015 data from the American Nonsmokers’ Rights Foundation, across the country there are more than 1,500 tobacco free college campuses. As of now, FGCU has several designated smoking areas around campus; however, smoking inside buildings is prohibited.

Students and staff are encouraged to attend the event, as well as visit the Eagles Care for Clean Air website, www.fgcu.edu/cleanair, for more information involving resources and FAQs regarding the campaign.