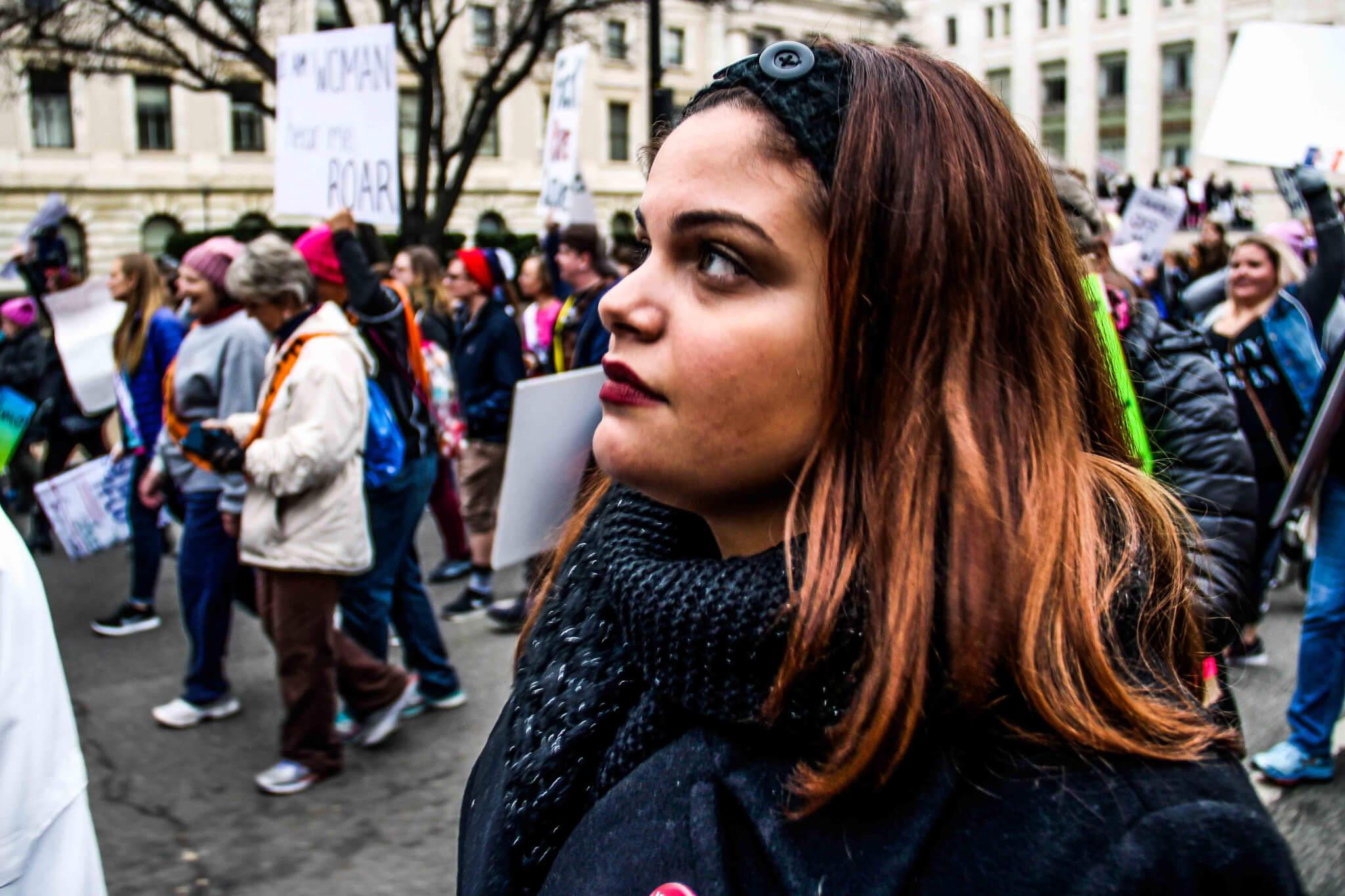 An estimated 2.9 million people gathered for 168 marches in 81 countries on Saturday, Jan. 21. The marches began through the Women’s March on Washington movement, which drew in 500,000 people to the National Mall following President Donald Trump’s inauguration the day before.

That crowd included three FGCU students and three faculty members who traveled up for the march.

Two of the students flew up to D.C. on the money they raised through the crowd-funding site GoFundMe.

“It really is unifying,” said Brittany Rincon — her bright purple ends matching the vibrant feminine colors in the crowd around her. “That’s what it’s doing. It’s bringing people together. The election definitely separated a lot of us, and this is trying to bring the people back together behind a common cause.”

Rincon was the latter addition to the duo, as it was her friend Jacqueline Burgos who first planned on attending and asked her to join.

“I heard about it through Dr. Anne Hartley from FGCU,” Burgos said. “She posted it in the FGCU Enlighten Us page, and I was like, ‘Oh, this sounds interesting.’ And, I started doing more research. I private messaged her, and that was it.” 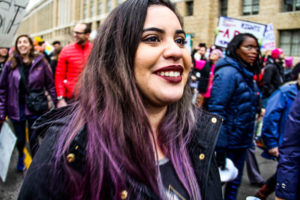 Burgos and Rincon met Hartley and her daughter for the first time at the airport the day before the march. Rincon said the flight to D.C., which they took from Southwest Florida International Airport, was filled at least halfway with people going up for the women’s march.

Though comforting, Burgos said the small crowd of fellow marchers on the plane did not prepare her for the feeling of being among half a million like-minded individuals the following day.

“There is nothing else I’ve ever experienced that has been like this,” Burgos said, standing off to the side of Independence Avenue. “This is welcoming. This is a true definition of intersectionality. I have an overwhelming sense of emotion. I’m feeling everything at once. I’m going to look back at this in 10, 15, 20 years and be like, ‘I was a part of this. This is a movement.’”

It was speculated that due to its timing and message, the march was, in large part, a direct response to the 2016 presidential race.

Burgos said, for her, it very much was, particularly after breaking down watching Hillary Clinton’s concession speech.

“A piece of me died with her that day, and if anything, I think that mobilized me and other students to want to actually do something because they realize now it’s a problem,” Burgos said.

Anne Hartley, the associate professor of marine and ecological sciences at FGCU, was, in part, motivated to attend to give her 15-year-old daughter a sense of political activism. Up until that point, her daughter had only attended rallies for the Coalition of Immokalee Workers, which Hartley said she got involved with after teaching Foundations of Civic Engagement and realizing she wasn’t doing the amount of service she was preaching to her students.

“It occurred to me that it would be a great way for women to come together and kind of redefine and reconfirm our identities as a women’s movement,” Hartley said.

“It gave me a better idea of all the issues women care about, as our movement has diversified so much over the years.”

Hartley marched with a sign that said “#WhyIMarch Community” with the “unity” part of the word highlighted in different colors.

“I really marched for unity within the community because everyone deserves the right to life, liberty and love,” Hartley said. “It really did create a unified community — this huge surge of positivity, this huge sense of love. People are still smiling at each other. It was cathartic to be amongst like-minded people and so many of them. After the presidential race, which was so negative, we needed this.”

Another FGCU student, Danielle Quina, went up to march after hearing about it through Hartley’s post to Enlighten Us, which Quina is the president of. Through Hartley’s help, she received sponsorship to ride a charter bus up from Fort Myers.

“It was amazing being there,” Quina said. “I have participated in small activist groups locally but never in the center of the movement so far from home. It was empowering and uplifting to know I was a part of it.” 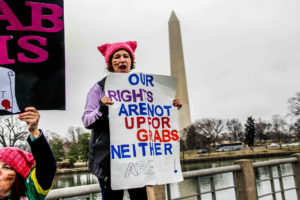 Quina said she hopes the widespread concept of intersectionality present at the march will extend to the rest of society since the march.

“It’s the idea that we all become advocates for each other as one cohesive group rather than dividing among labels or stereotypes,” Quina said. “I hope to see empowerment grow in those who have previously felt disempowered. No one is alone, and we can shake the system that attempts to shake us.”

Maria Roca, the associate professor of communication and philosophy at FGCU, went up to march with another FGCU staff member, Karyn Everham.

“I just couldn’t be silent,” Roca said. “I’m a mother. I’m an environmentalist. I always care about disenfranchised populations. So, I didn’t see a choice.”

The biggest surprise for Roca was the diversity of the crowd.

“What was really heartening was the amount of men that were there and the number of much older woman, like 80 and above,” Roca said. “I’m personally in my 60s, so I can tell you it must be hard for people that age to have gotten around in the crowds. It says a lot about how worried people are heading into the next four years.”

Everham seconded Roca’s feelings about the pleasant surprise of the crowd’s diversity.

“My first thought seeing the huge numbers of young people marching was, ‘This gives me hope,’” Everham said. “But, what was most inspiring was the remarkable diversity of people, all together, peacefully and passionately making our voices and many concerns known.”

Everham said she hopes to see that extended out to the general public, whether they marched or not.

“Hopefully, bridges will be built,” Everham said. “The march was for all of us, not just those who participated.” 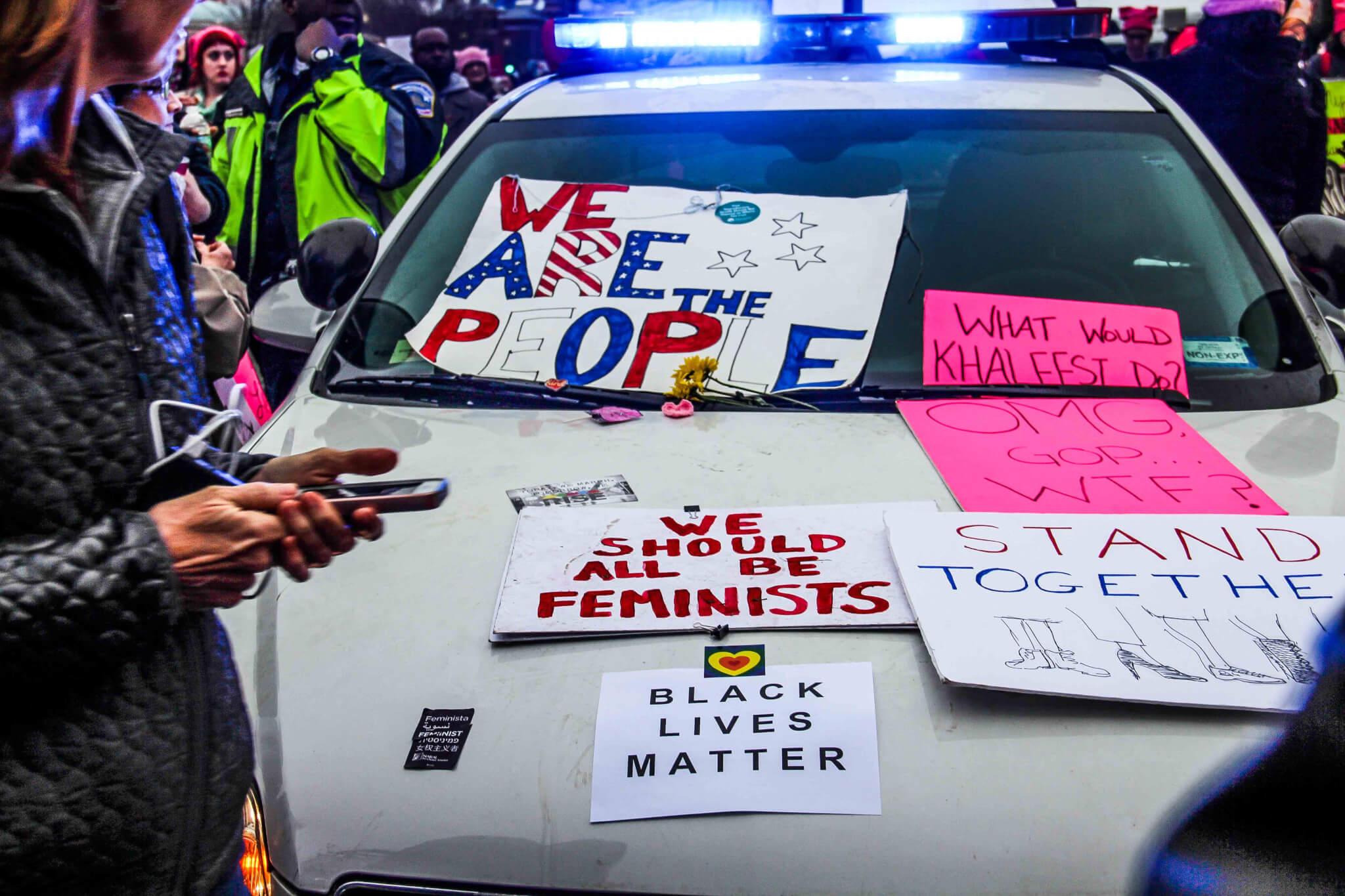 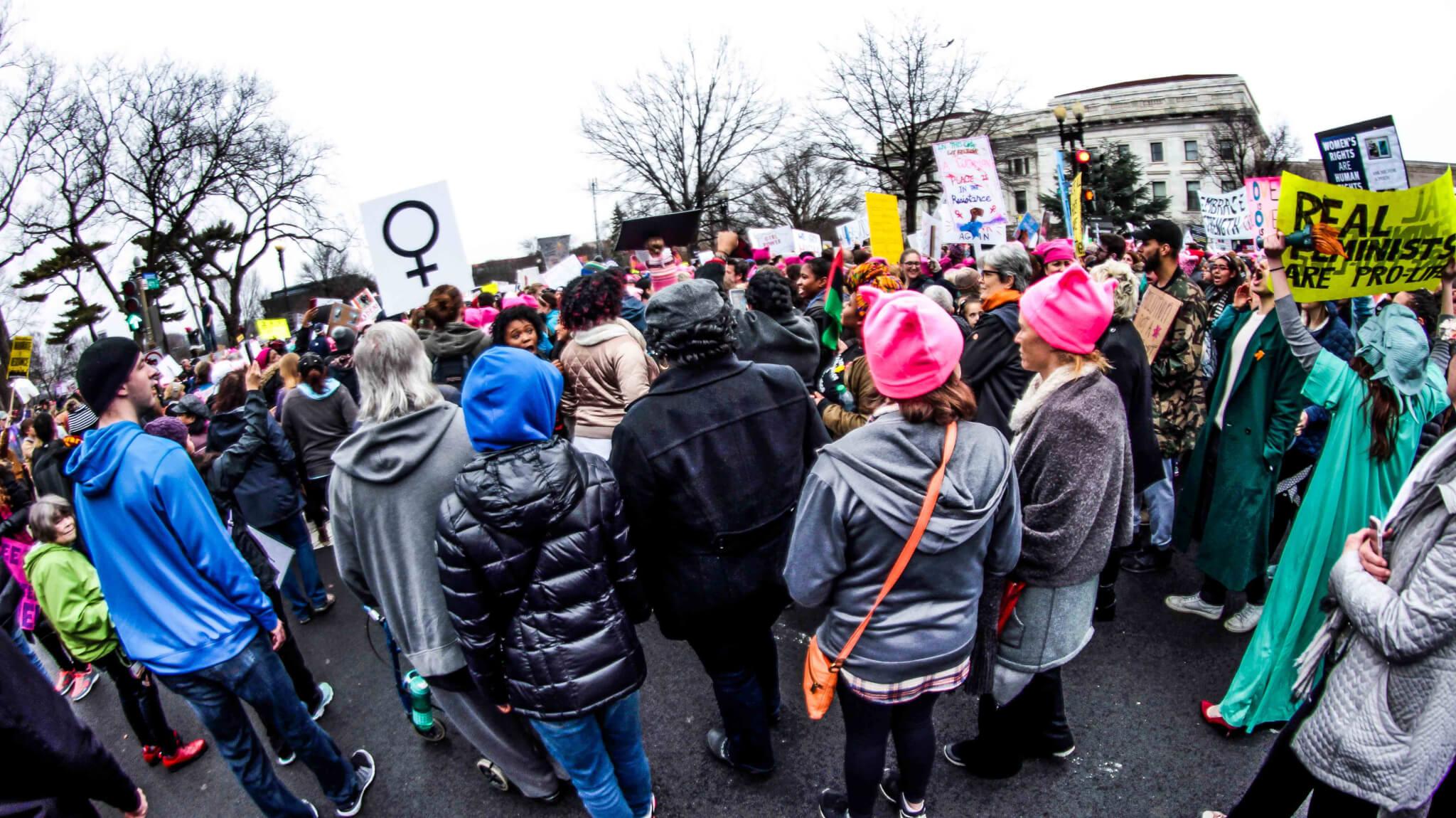 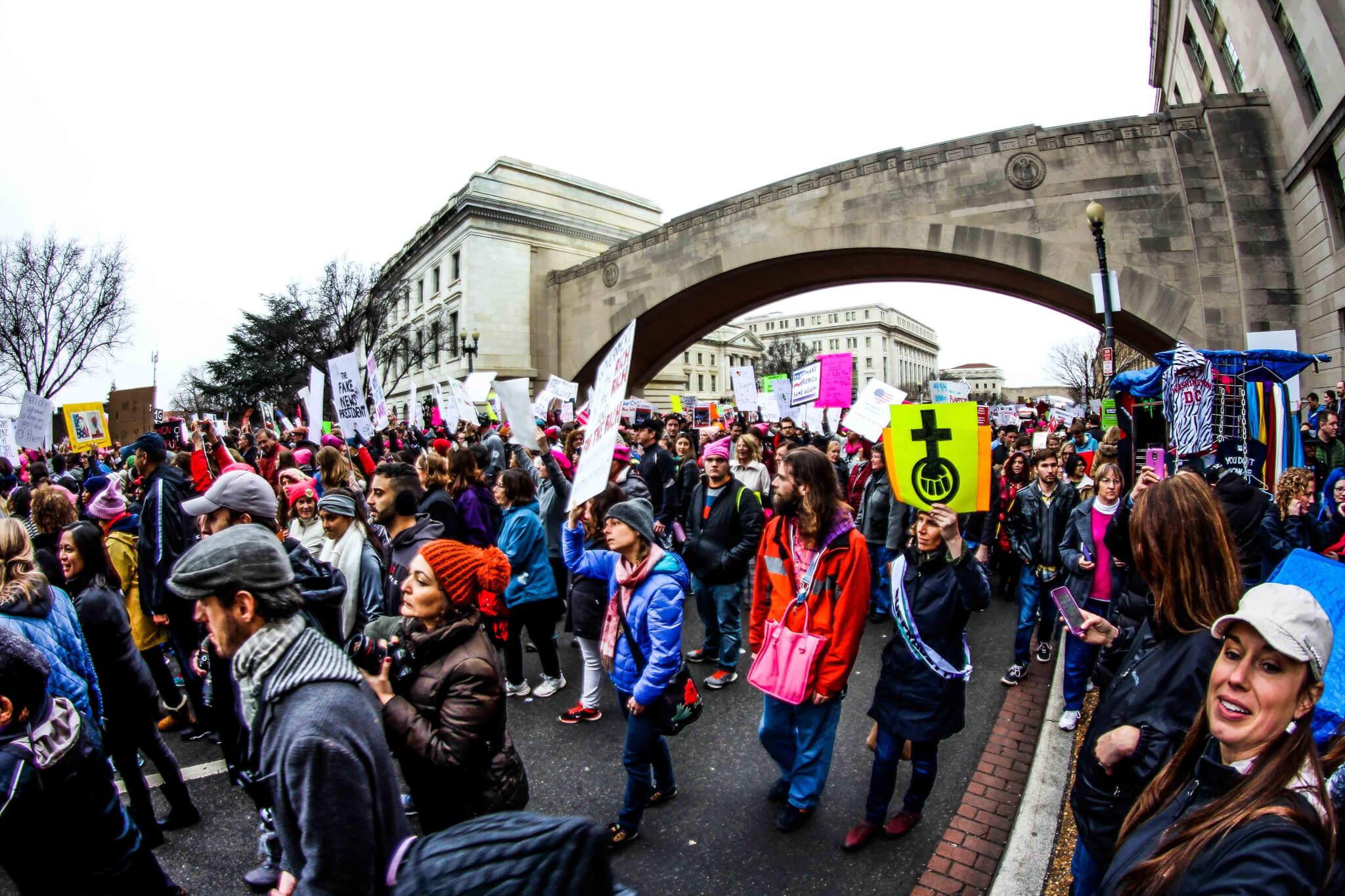 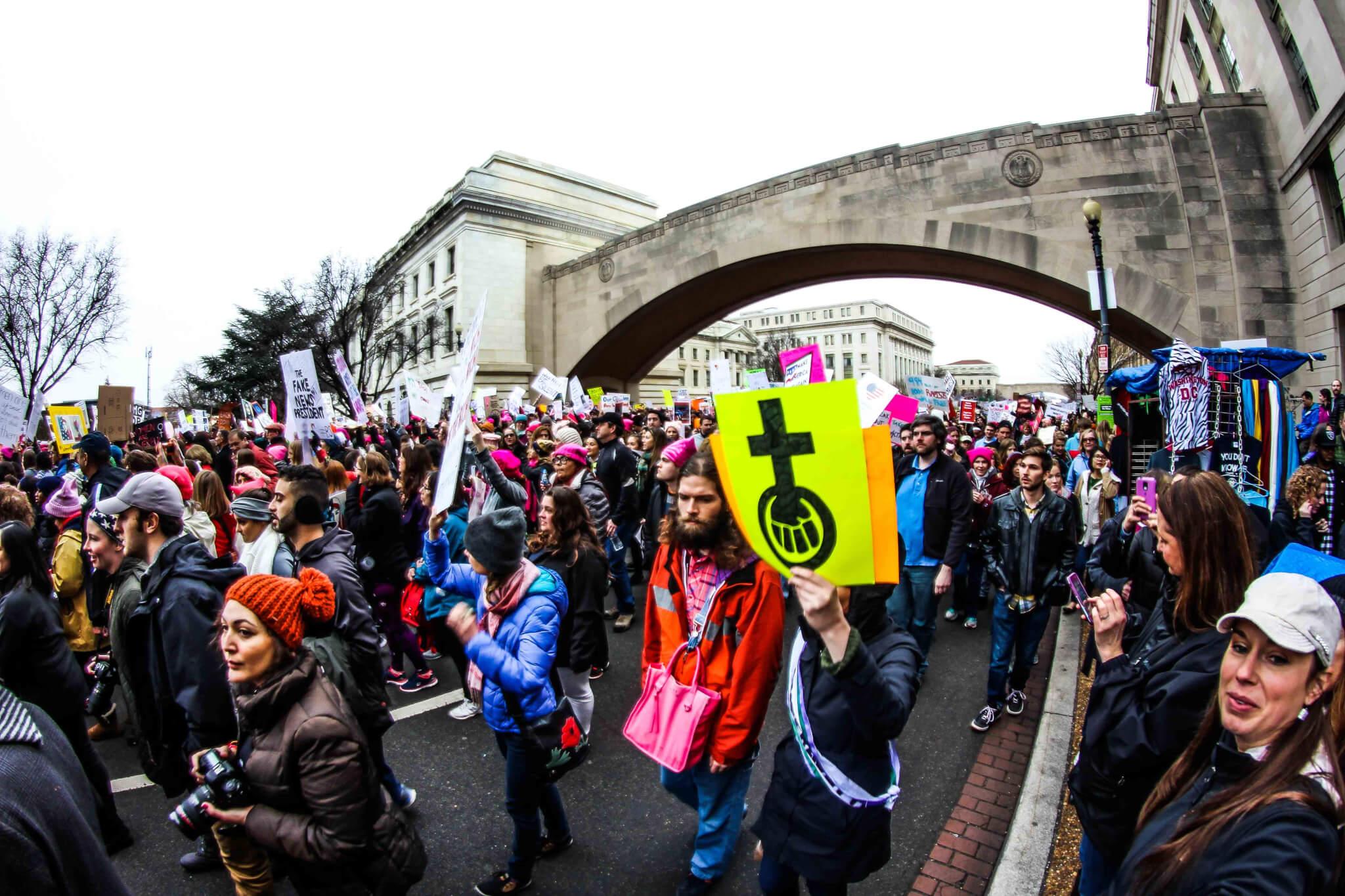 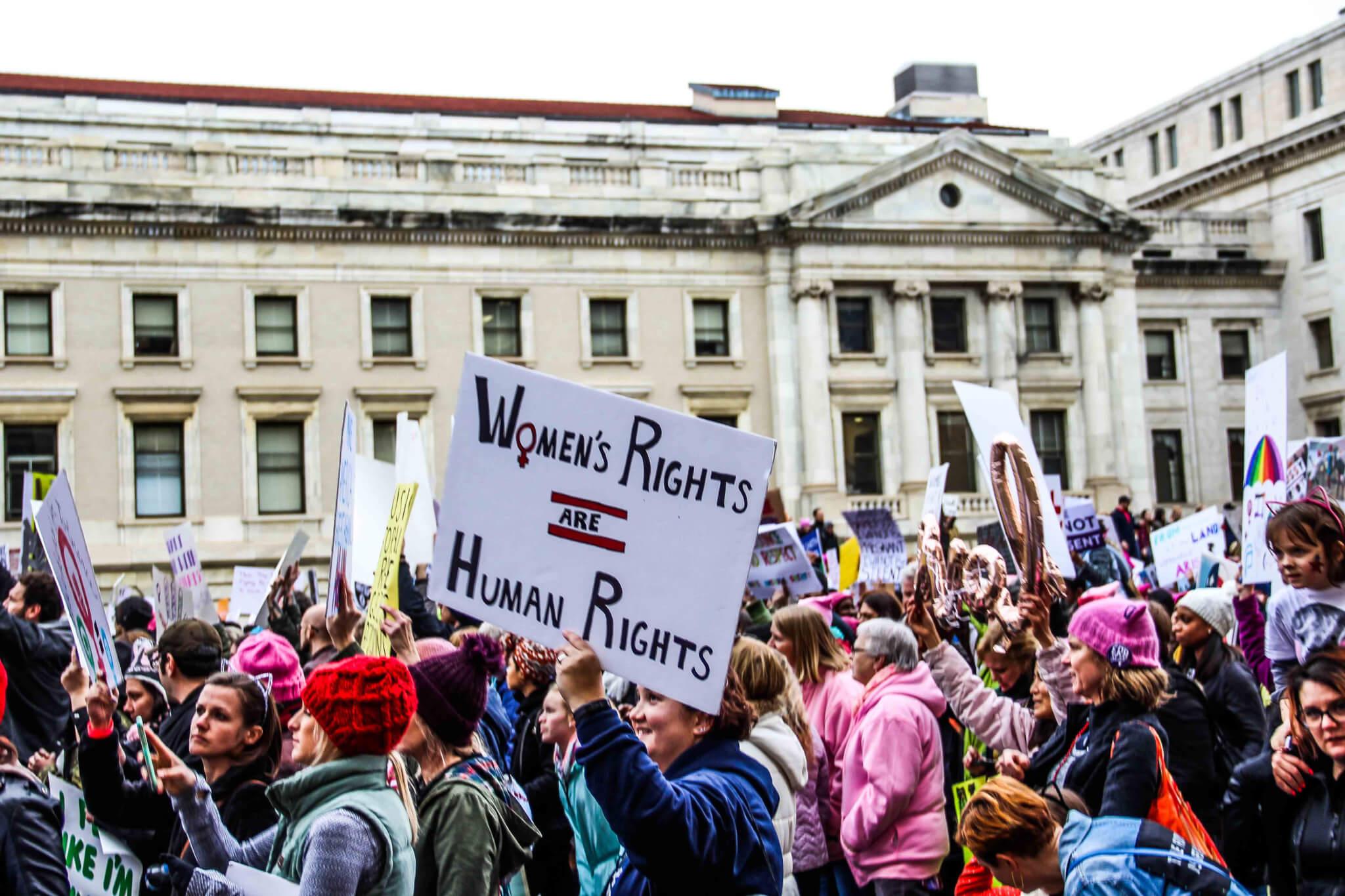 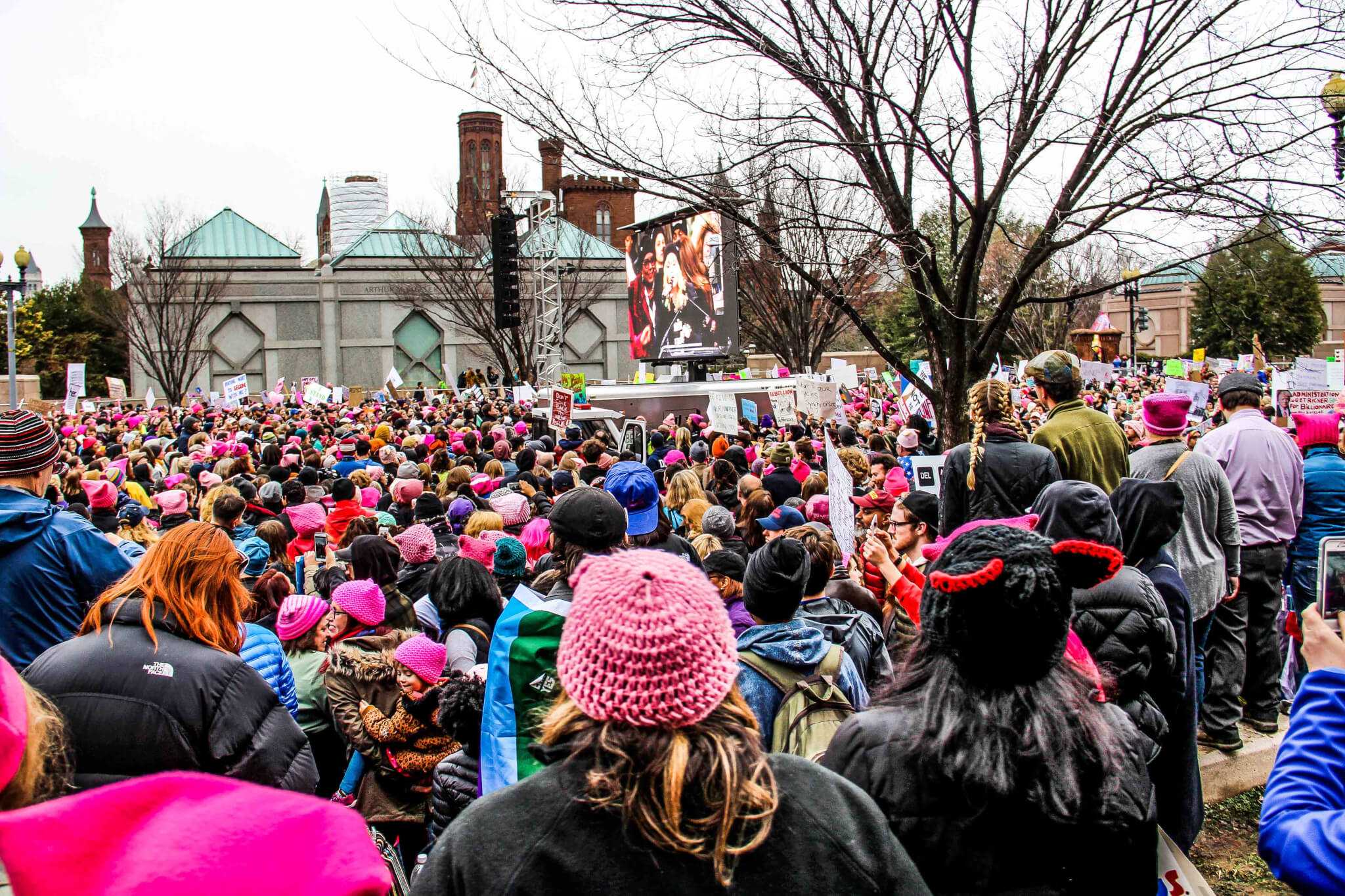 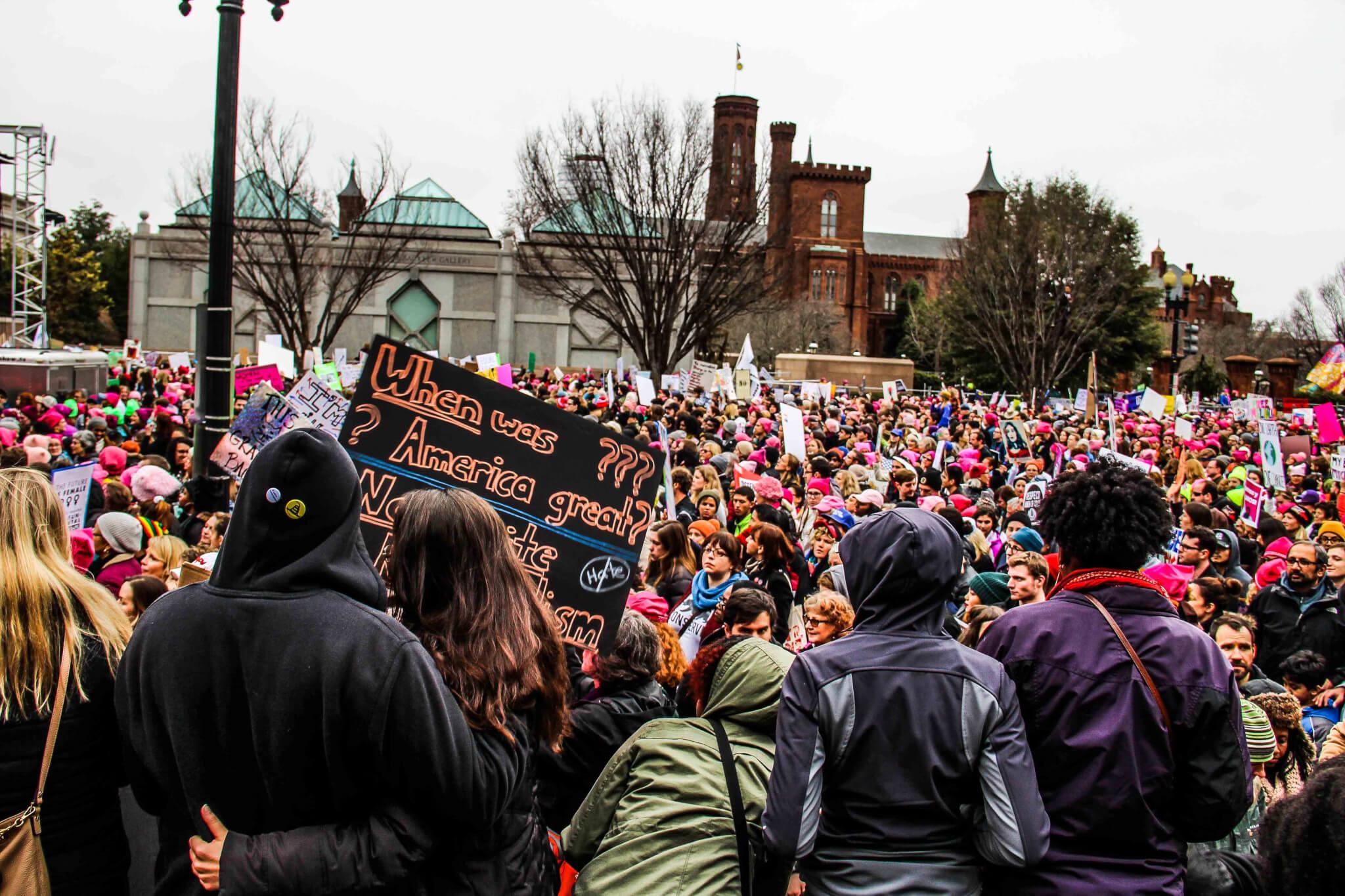 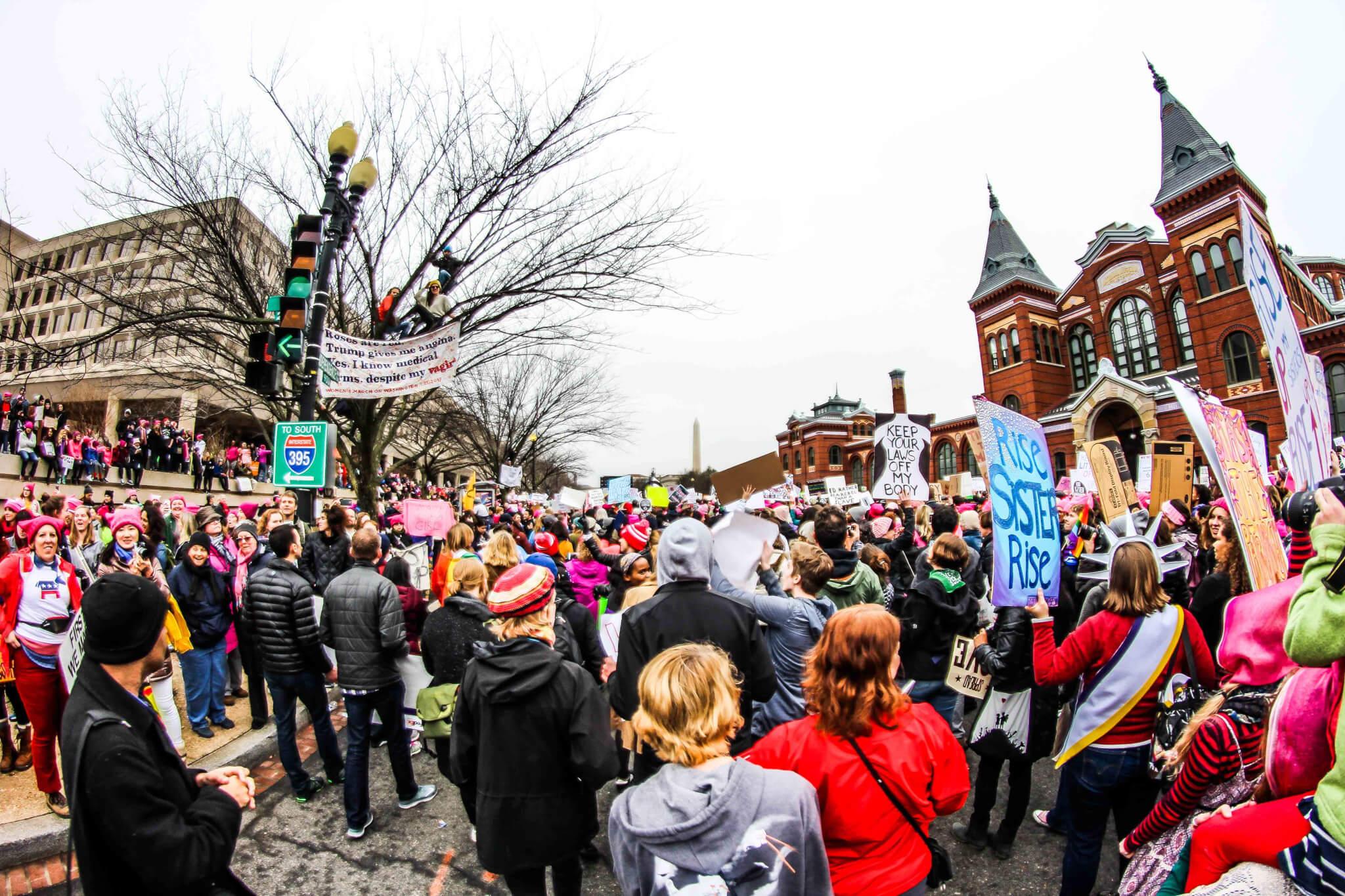 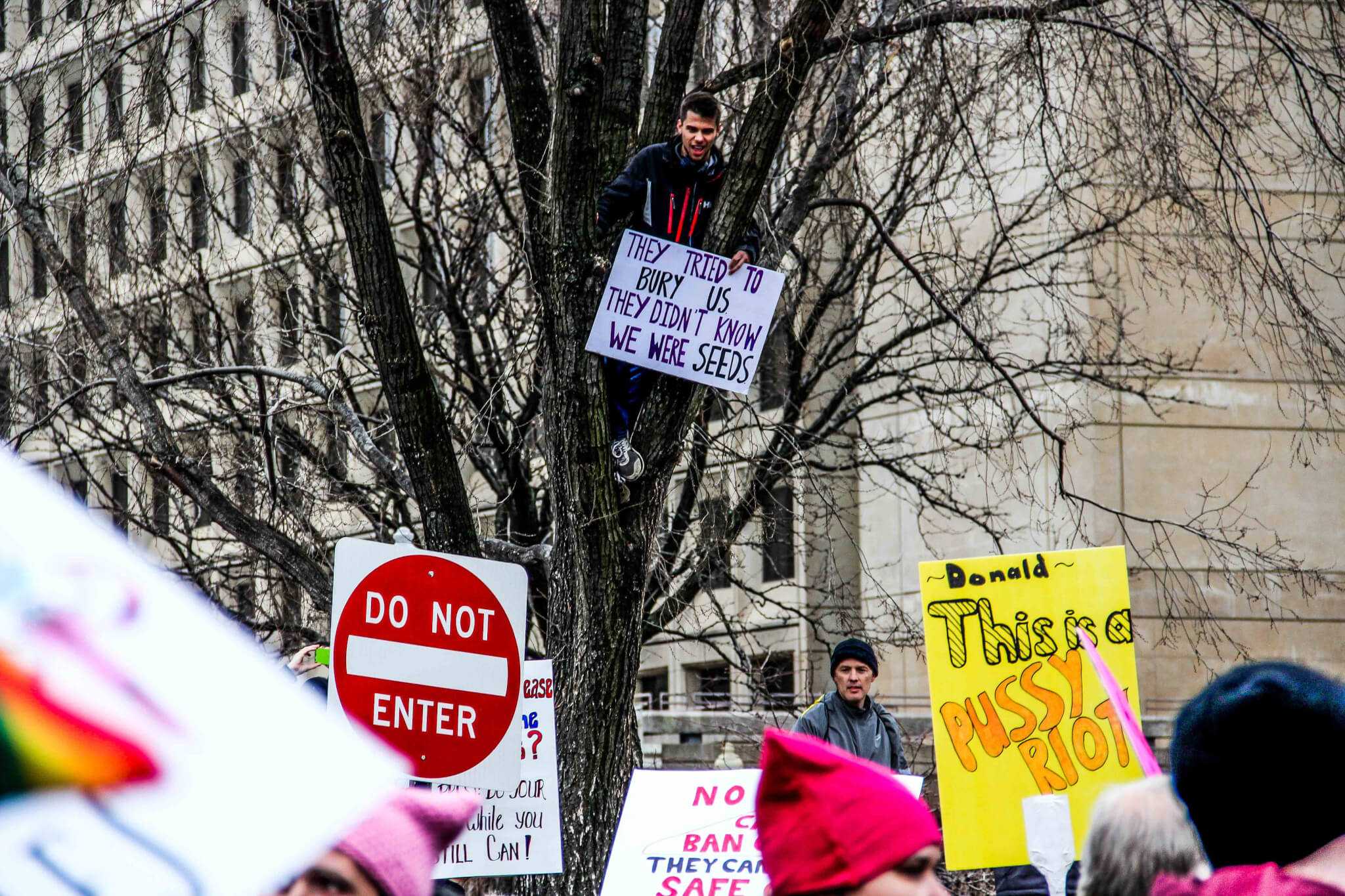 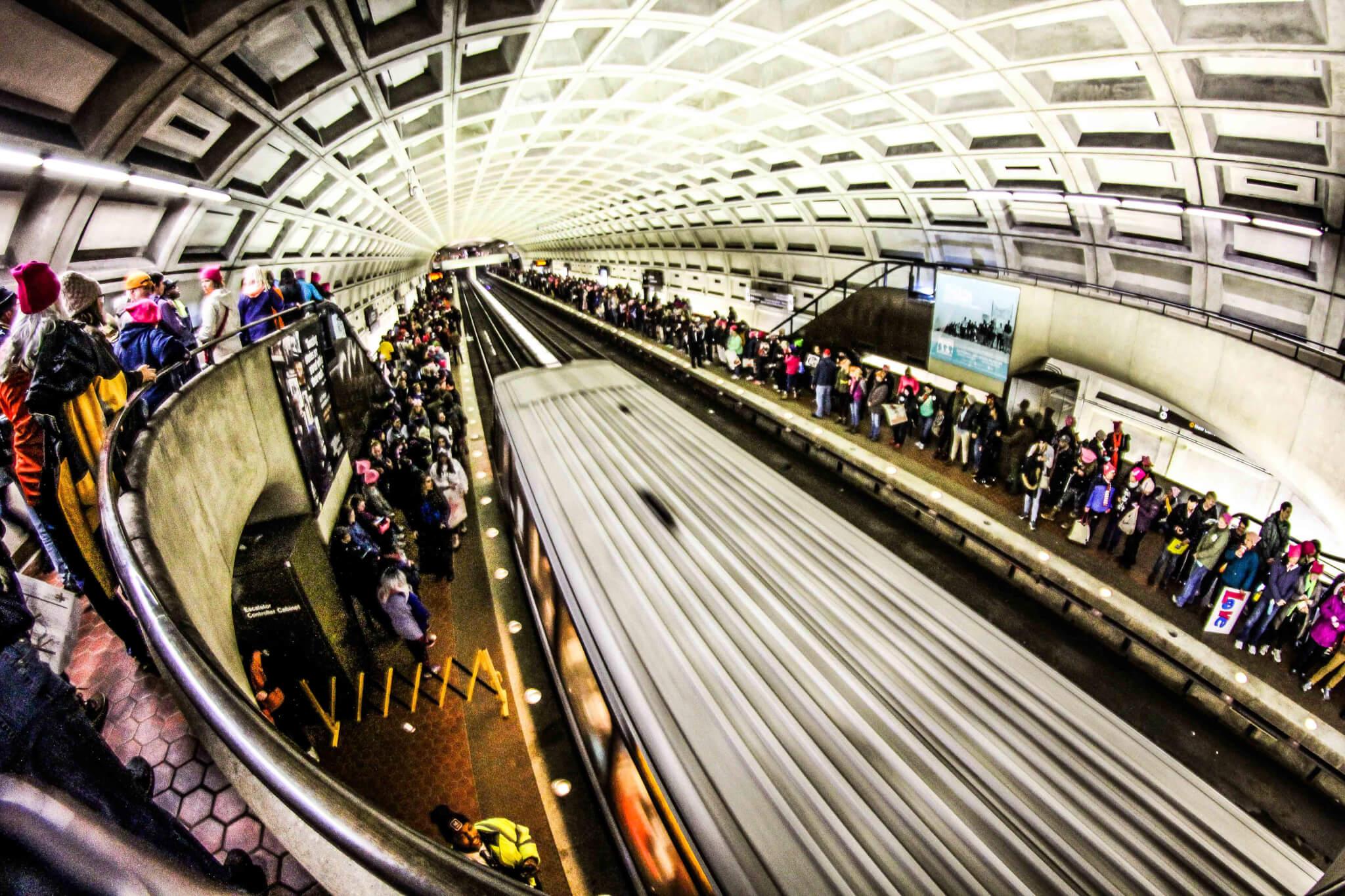 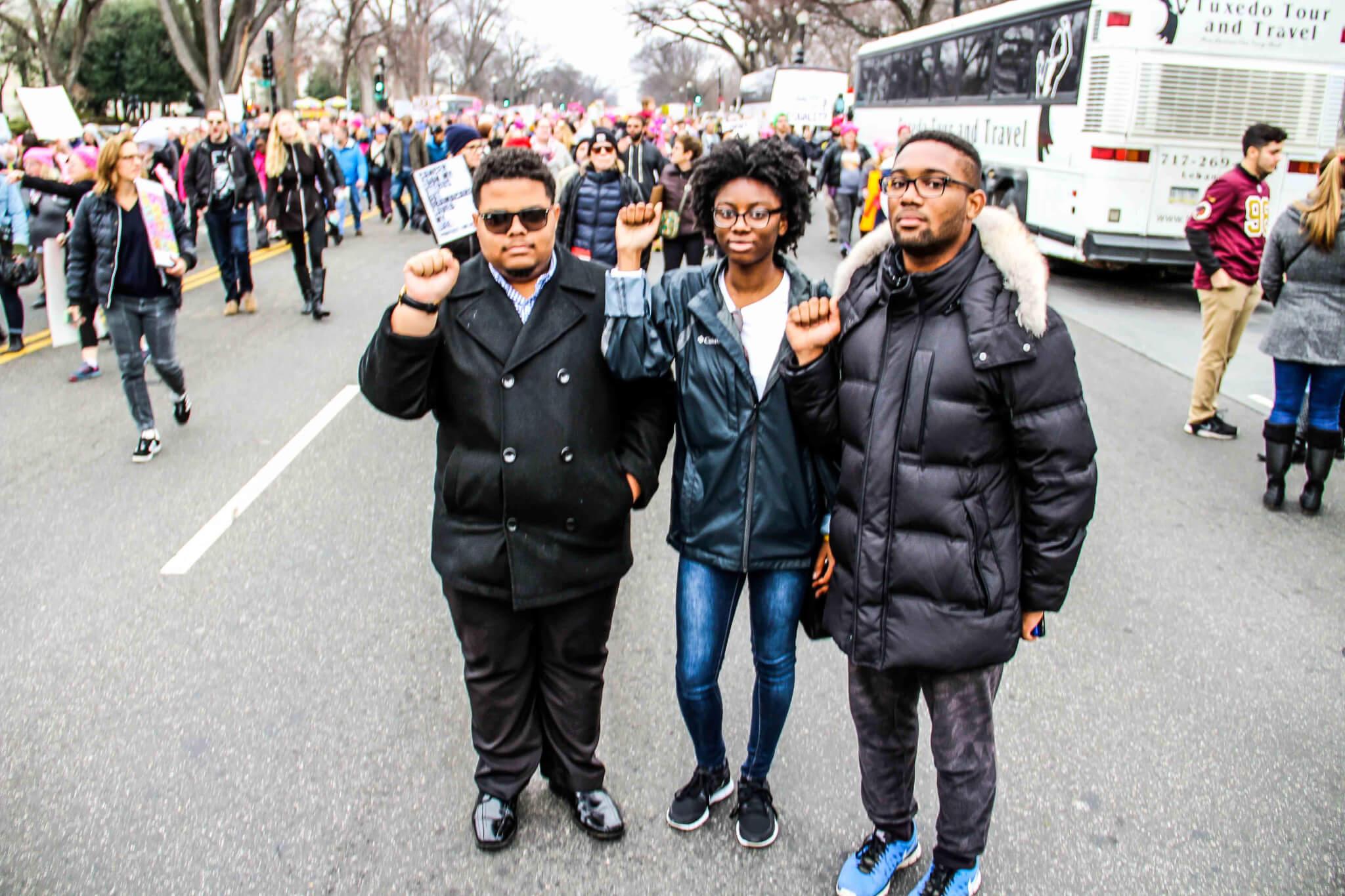