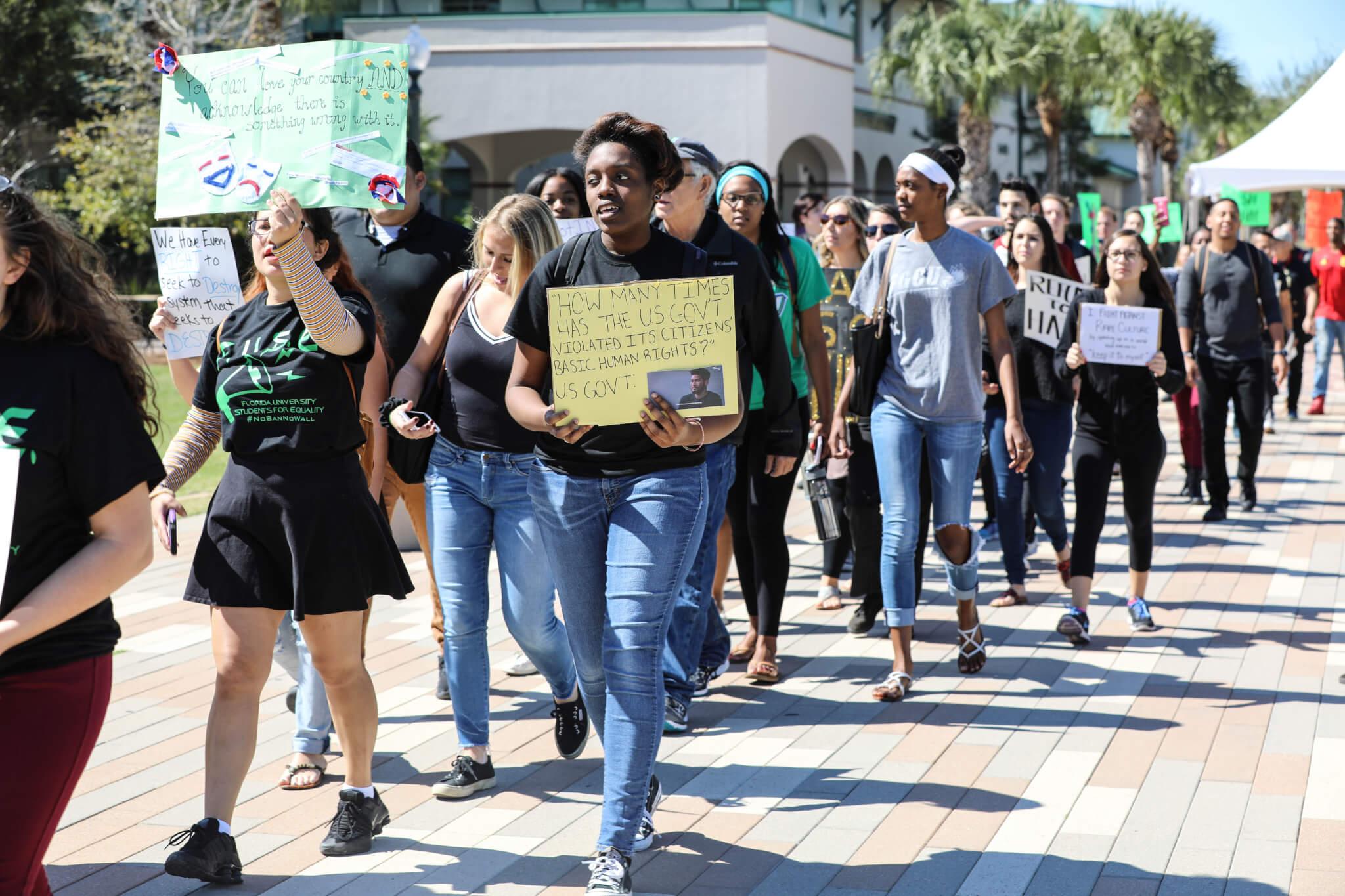 “No ban, no wall, immigrants we welcome all” echoed, as students, faculty and community members marched in solidarity from Lutgert Hall to the Cohen Center where they held a one-hour sit-in in the cafeteria.

Cheering mixed with sneers greeted the protestors. While some students clapped, others shouted “Go Trump!” and a few gave a Nazi-like salute.

Farshad Aminian-Tankei, the associate professor of media studies for philosophy and communications, joined the protest to express his concerns on Trump’s travel ban.

“I’m a dual citizen of Iran and the U.S., so these bans of immigration and, specifically, the seven countries in the executive order may affect my traveling in and out of the country,” Aminian-Tankei said. “The psychological and emotional burden of it is really enormous.”

Aminian-Tankei worries for international and undocumented students on campus.

“As a faculty member, I have the foundation to defend myself,” Aminian-Tankei said. “I know history. I know politics. I know all those things, but I’m worried about the students who are young and inexperienced and then end up here, abused by this law.”

The protest was part of a statewide effort led by Florida University Students for Equality in opposition of Trump’s travel ban and immigration policies.

Kauth said the goal was to create a “media sensation” in efforts to push state university administrations to act against Trump’s immigration policies. Kauth hopes to gather at least 10,000 signatures on Change.org to push the process forward.

Although the protest was peaceful, it was not without its hurdles.

Florida Statute 877.13 states it is unlawful for any person to disrupt or interfere with the lawful administration or functions of any educational institution, school board or activity on school board property.

While some students protested Trump’s immigration policies, two students expressed their support by displaying a Trump banner in front of protestors.

Sophomores Dante Frettoloso and Mike Hegewald believe Trump just wants what is best for the country.

“Trump won, and it’s time to embrace it,” Frettoloso said. “I don’t think he’s a racist. He wants what’s best for the country. I understand immigrants are coming for a better life, but they have to come in legally. It ends up hurting our society when they don’t.”

“I think everyone just needs to move on,” Hegewald said. “Honestly, every other president has been given a fair chance to run the country. Trump’s been in office for less than a month. Just give him a fair chance. If he does a bad job, then that’s it.”

By bringing the Trump banner, Hegewald said he wanted to be a voice for those who didn’t understand what was going on.

“We were just trying to make a statement,” Hegewald said. “They have their voice, and we have ours.” 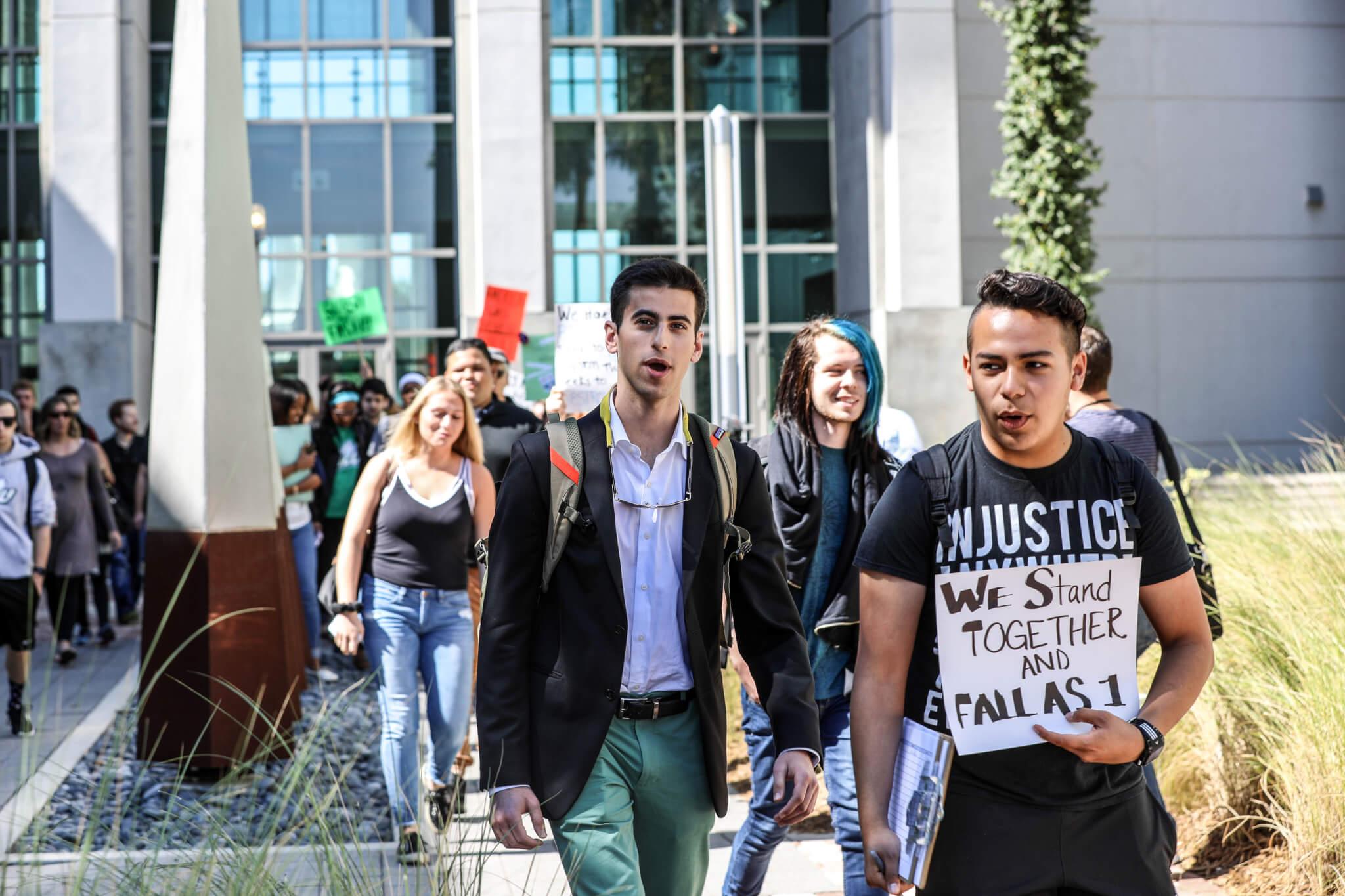 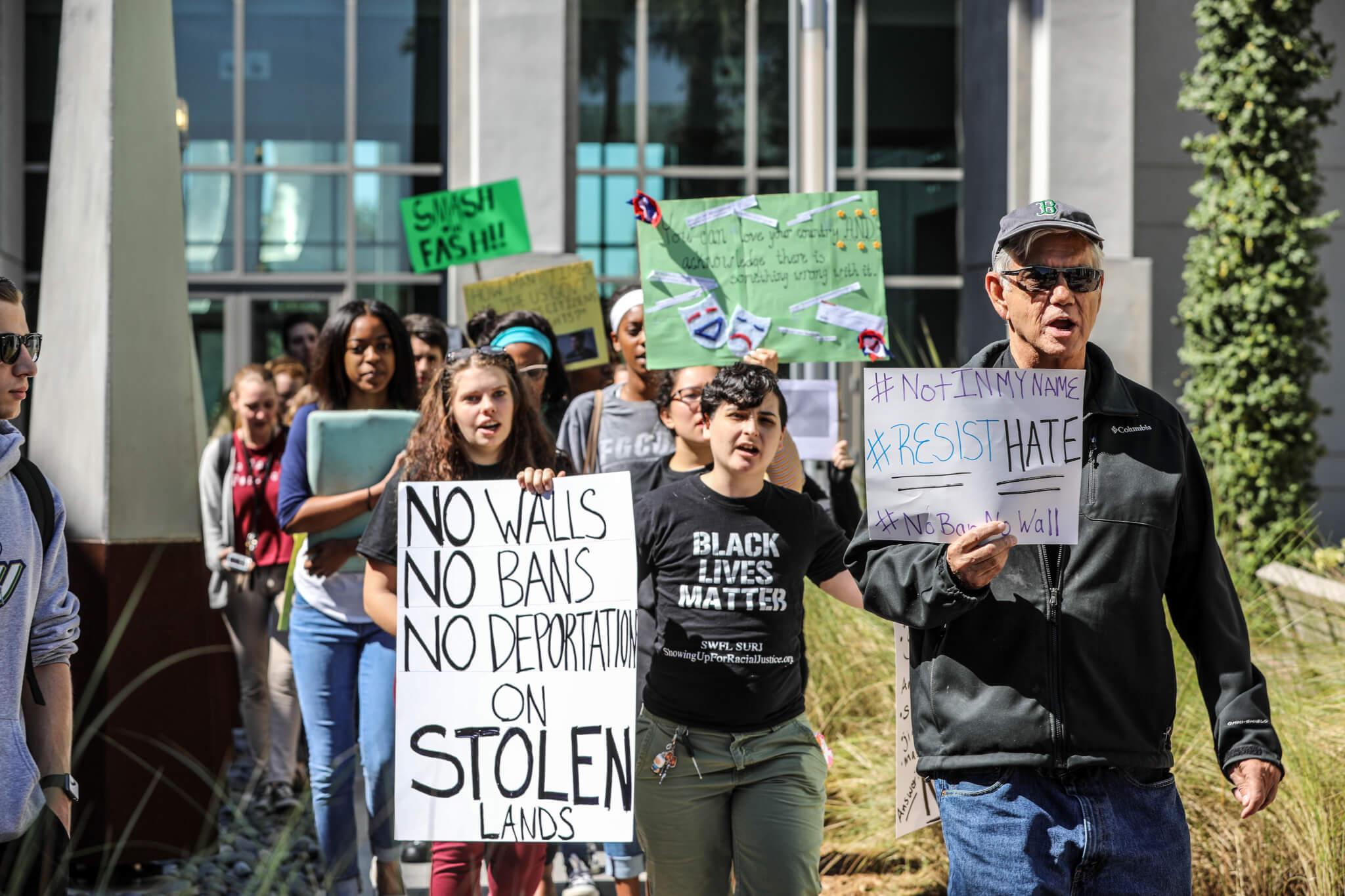 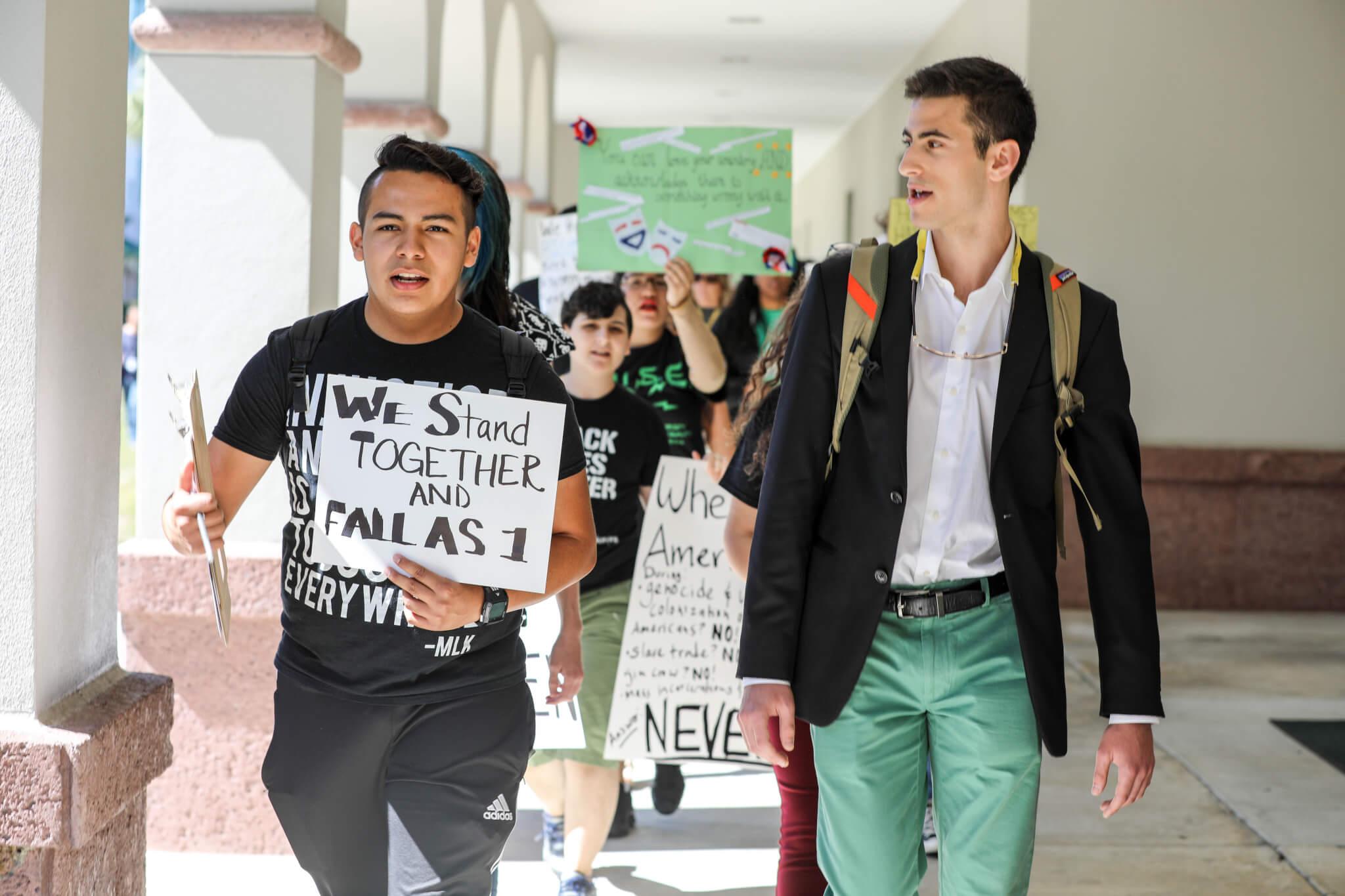 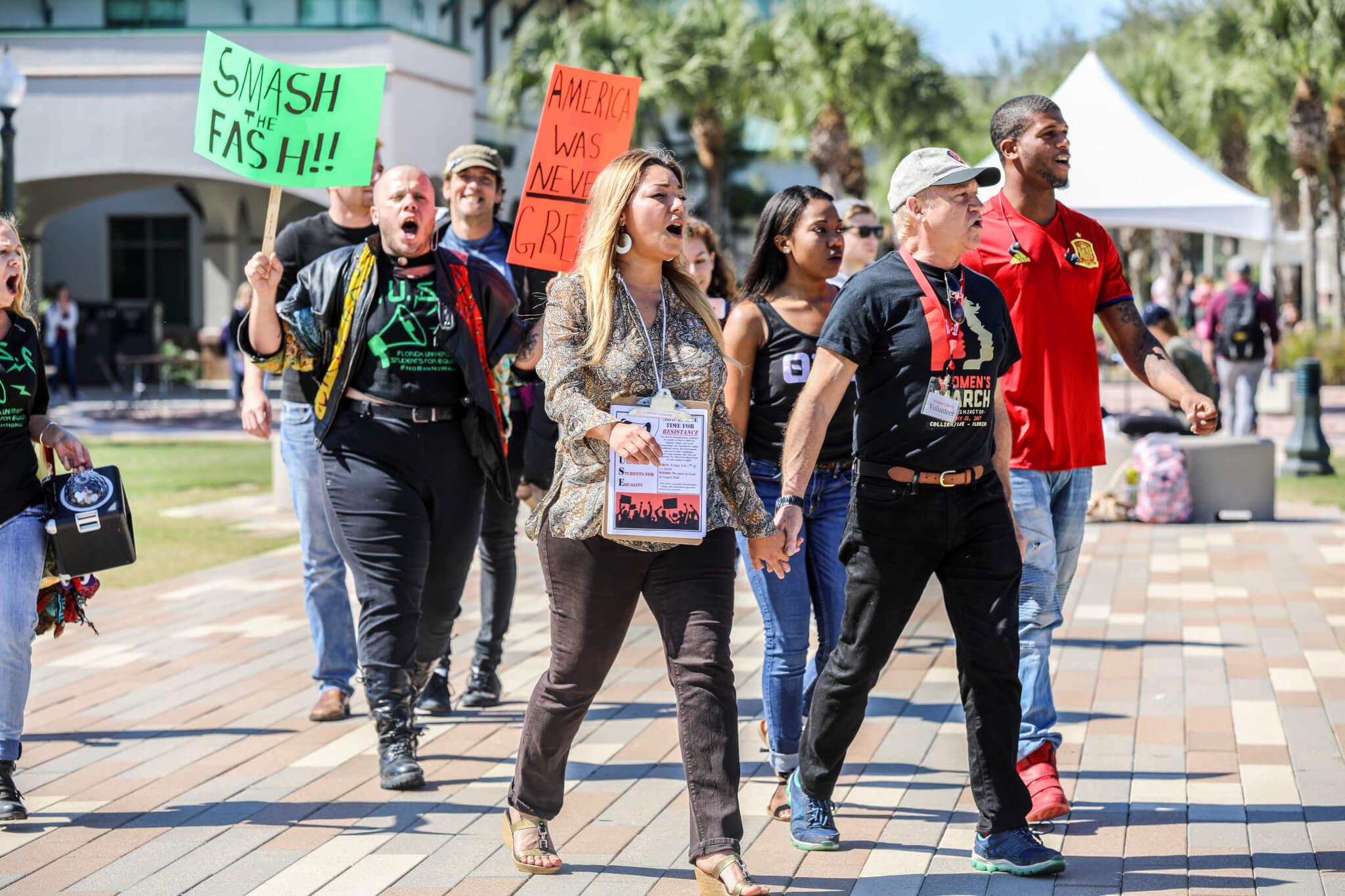 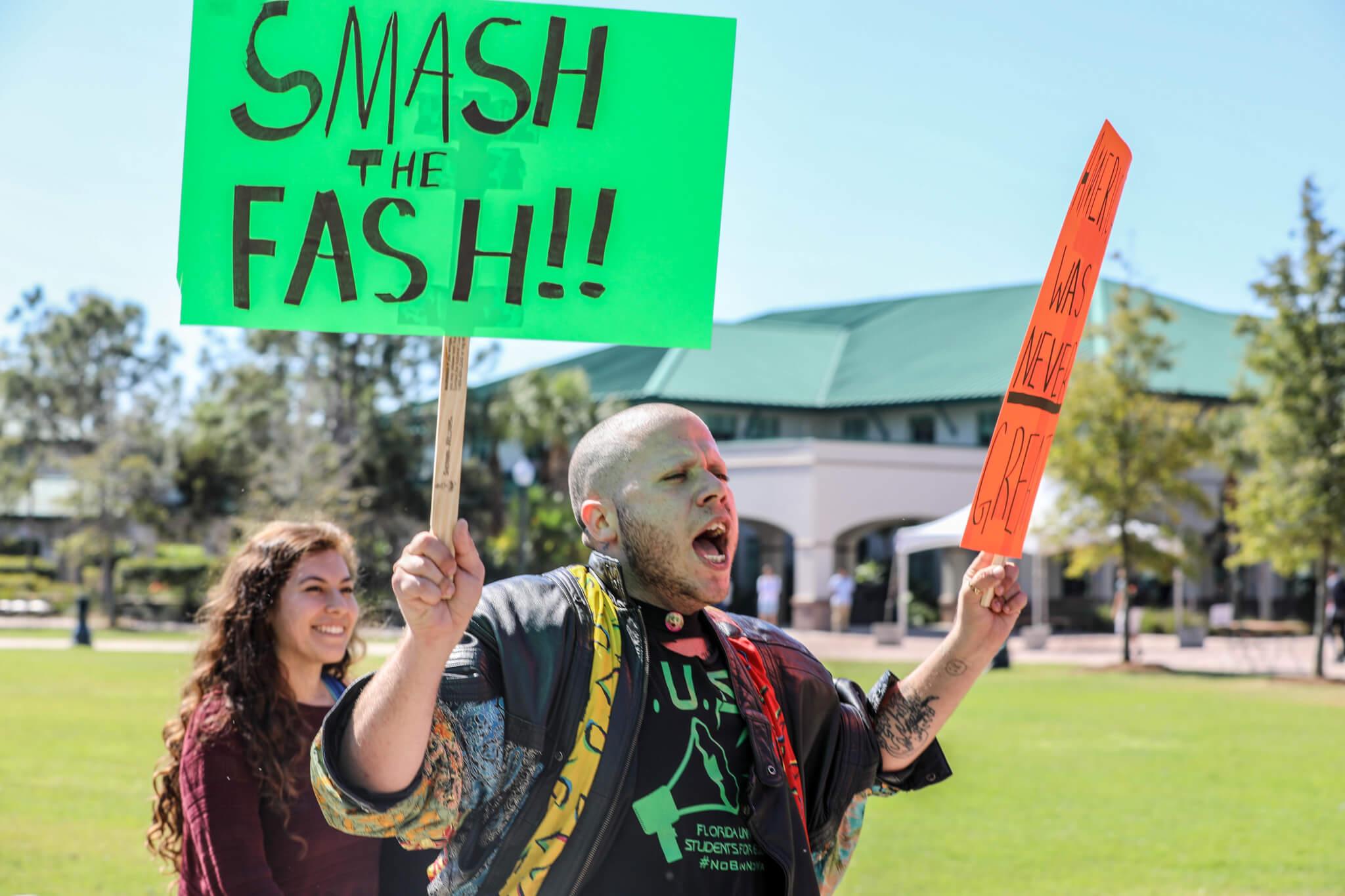 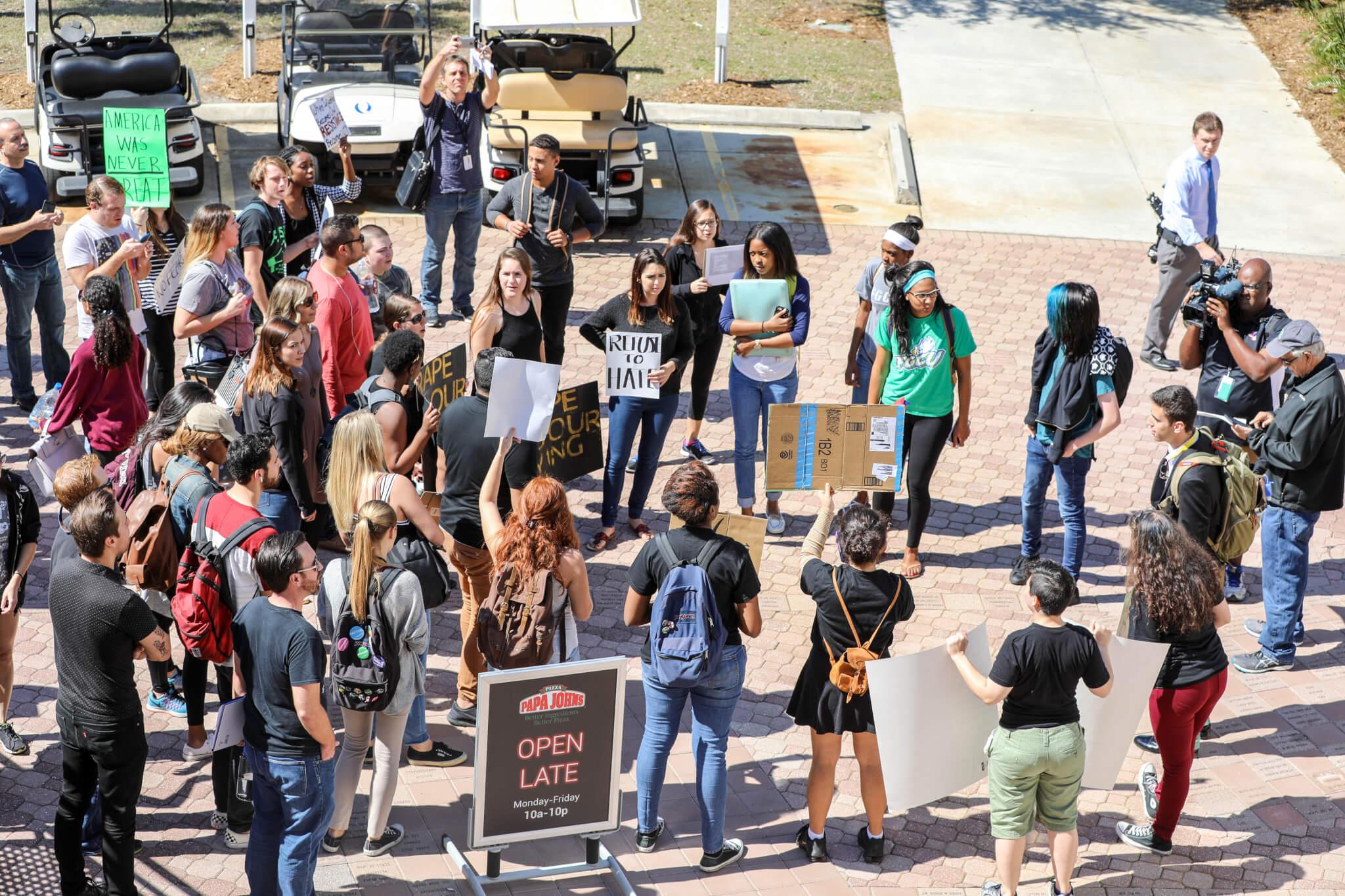 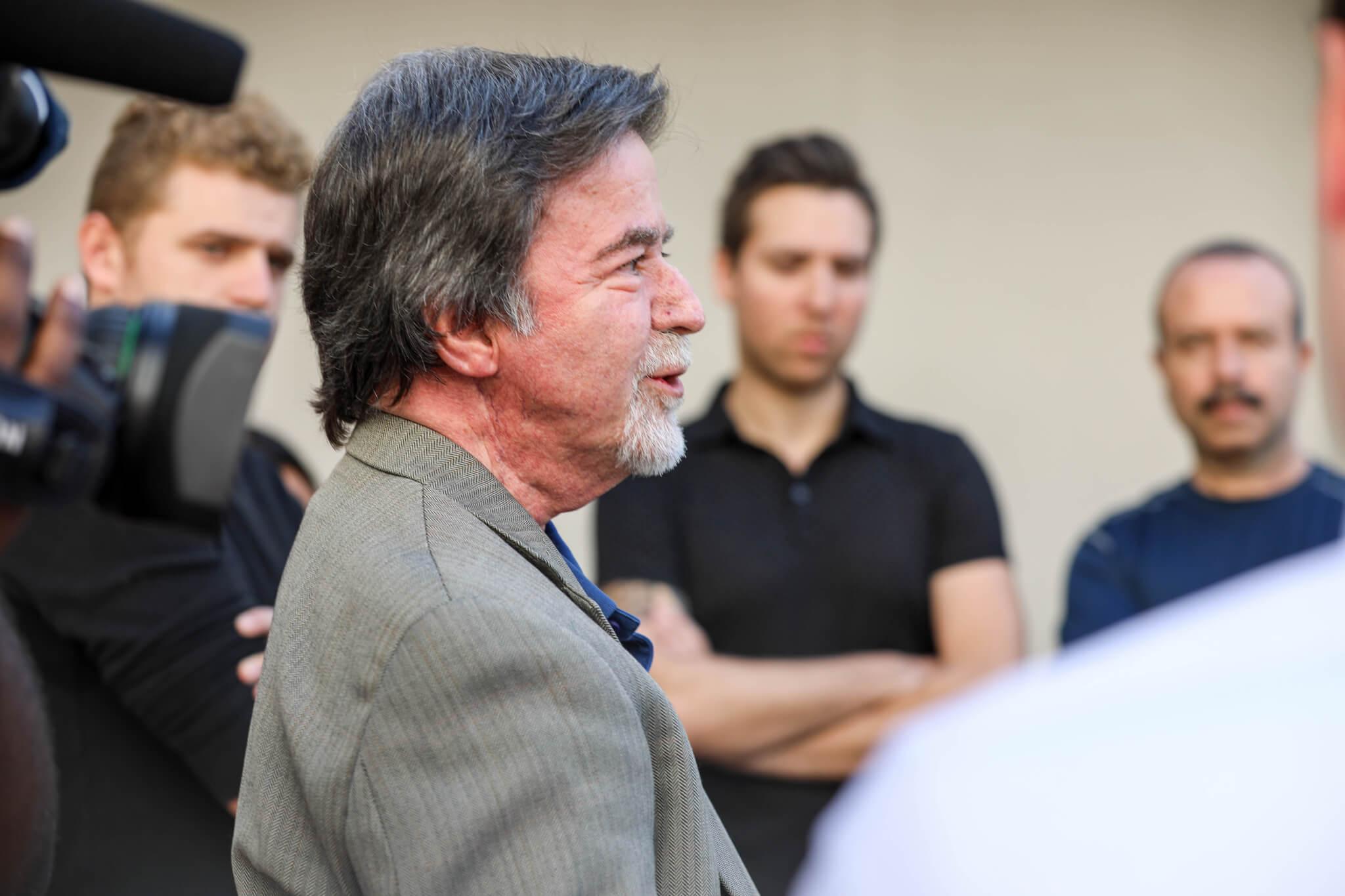 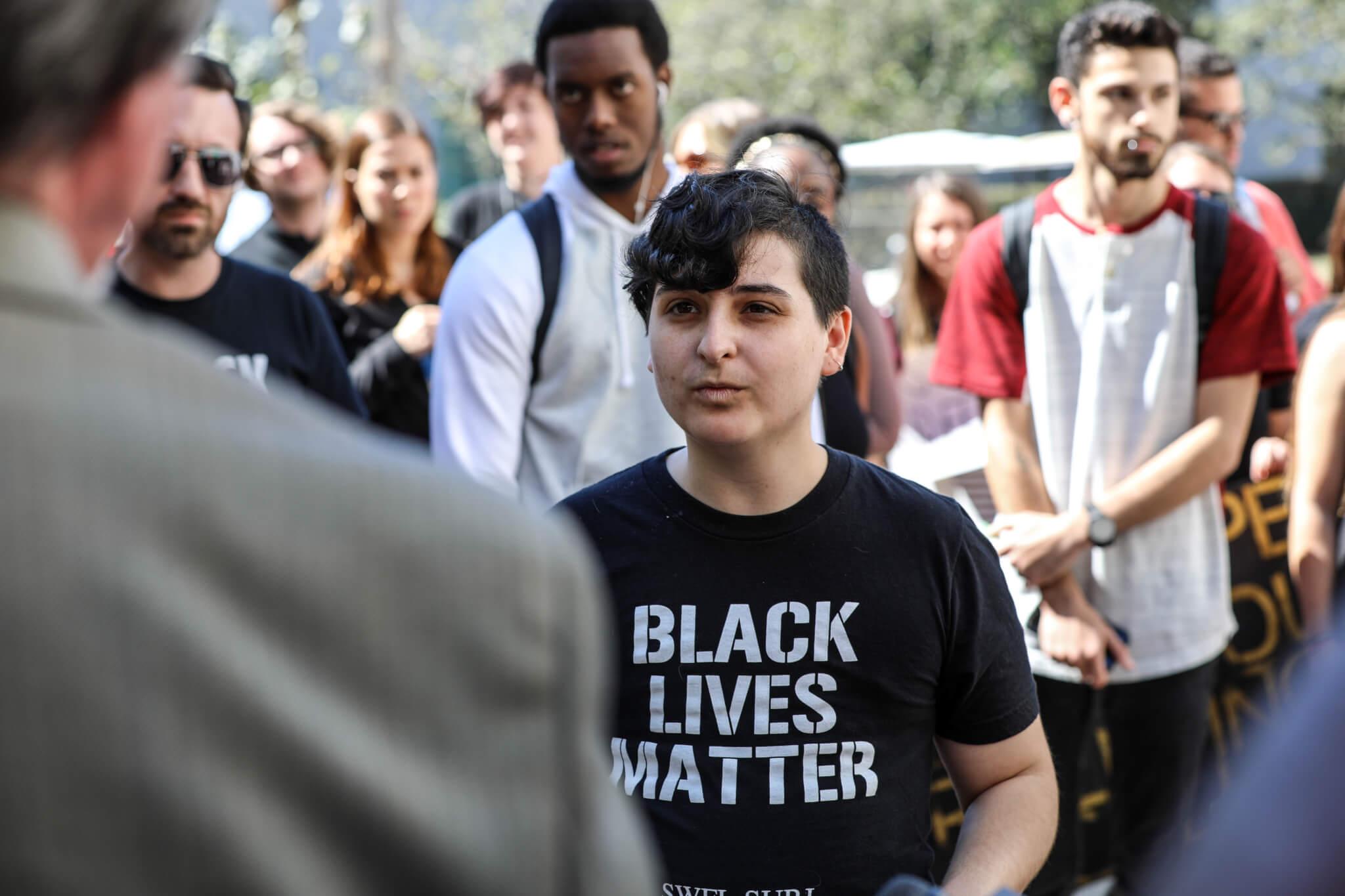 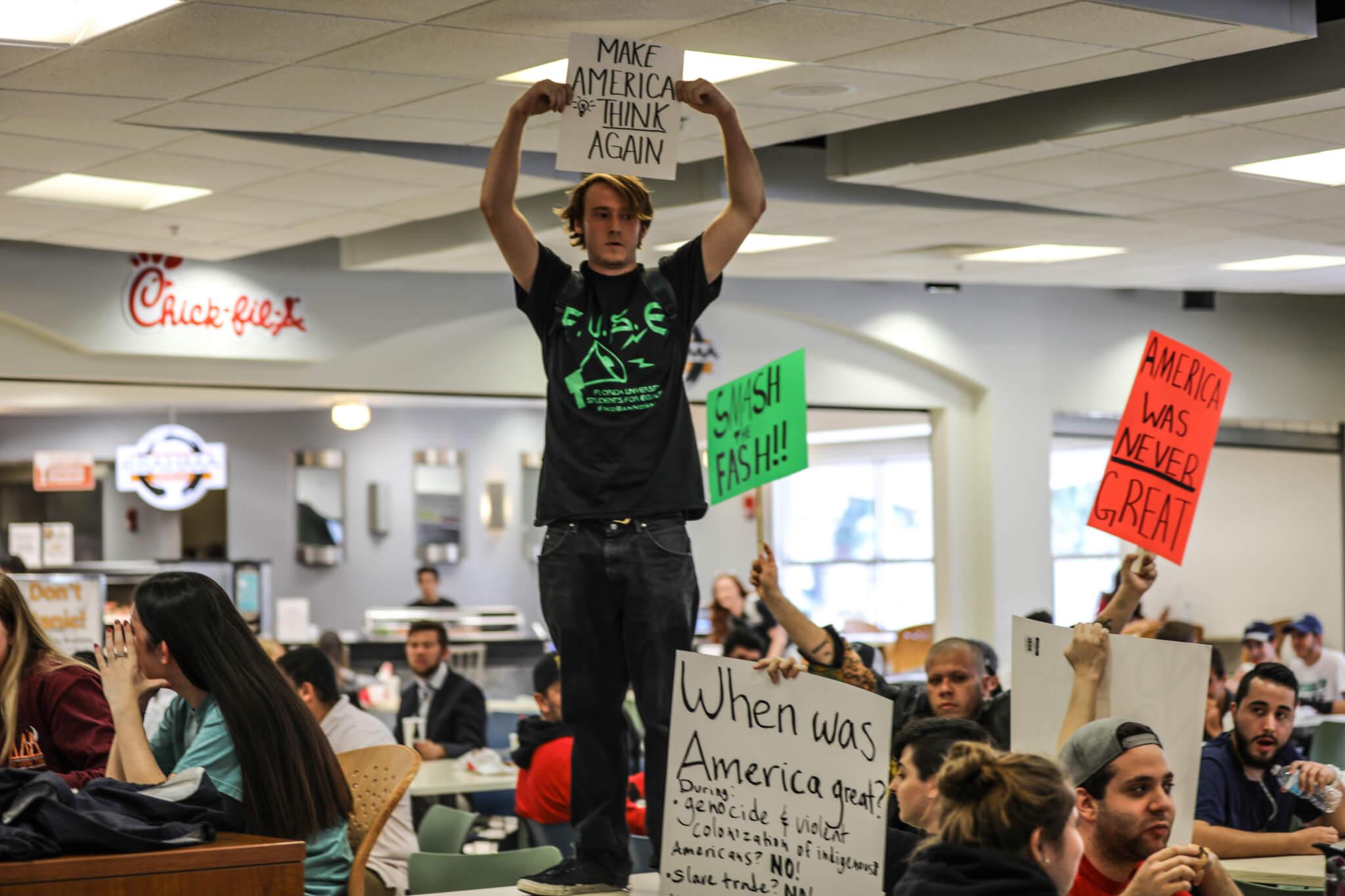 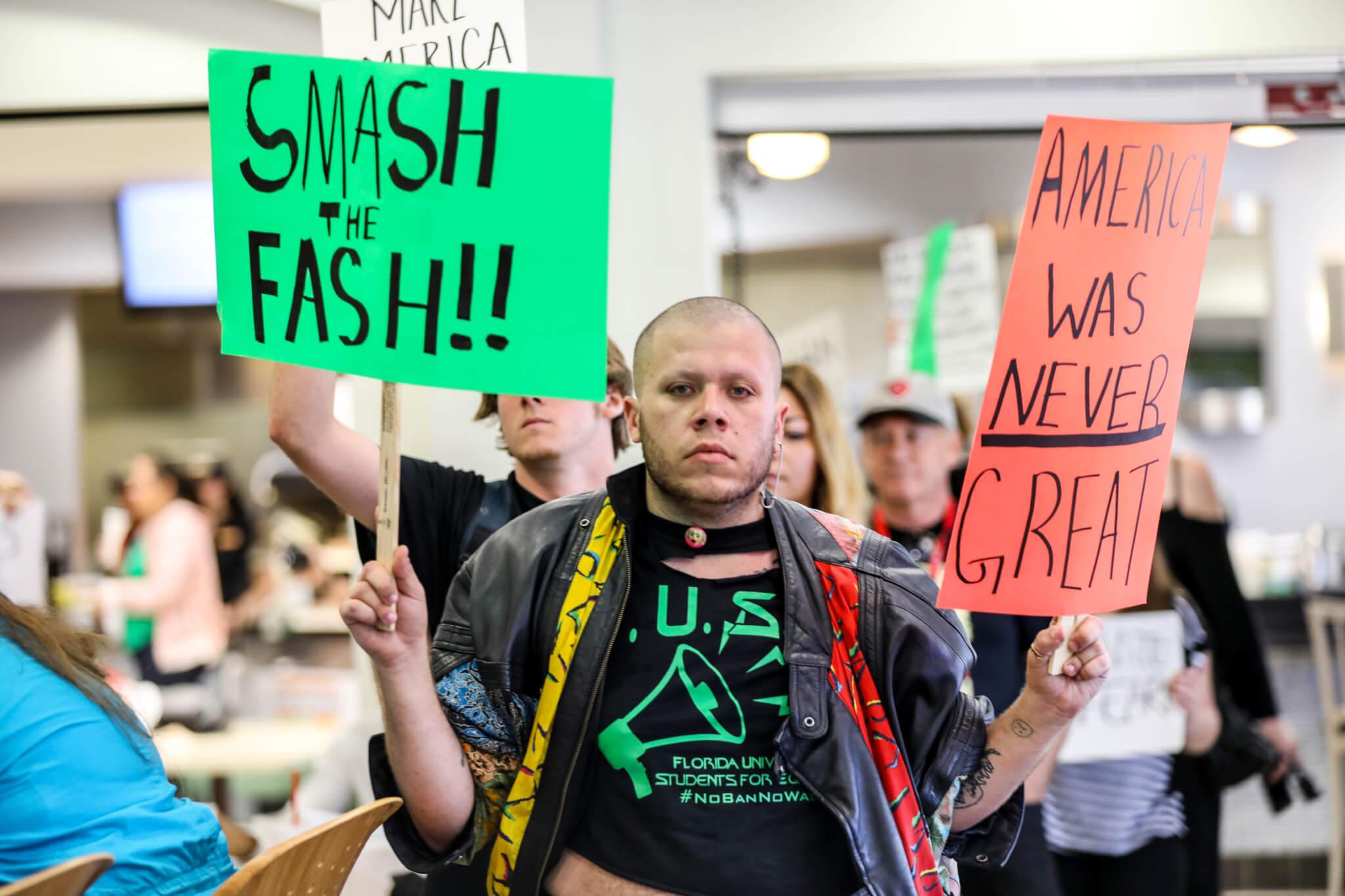 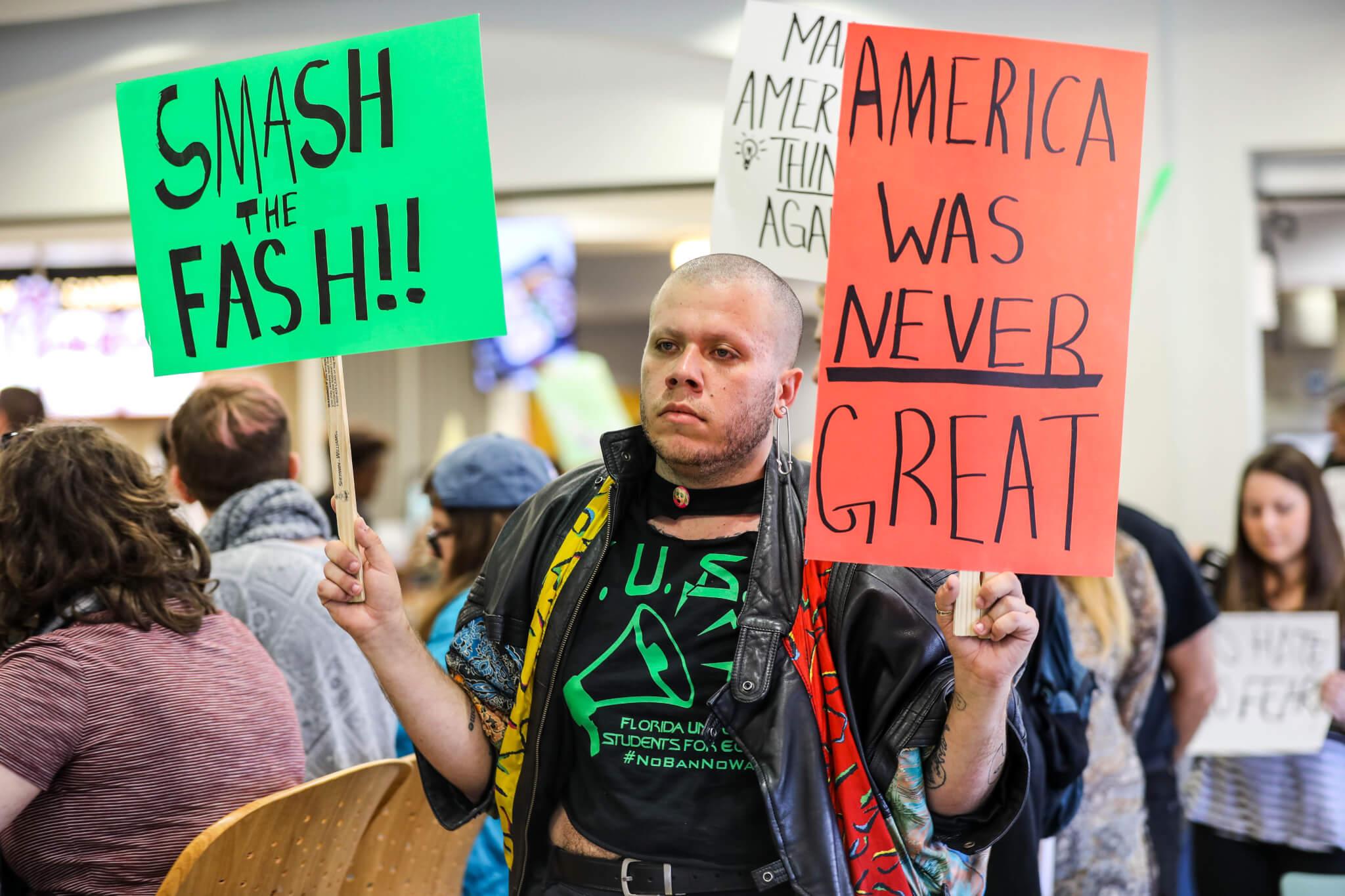 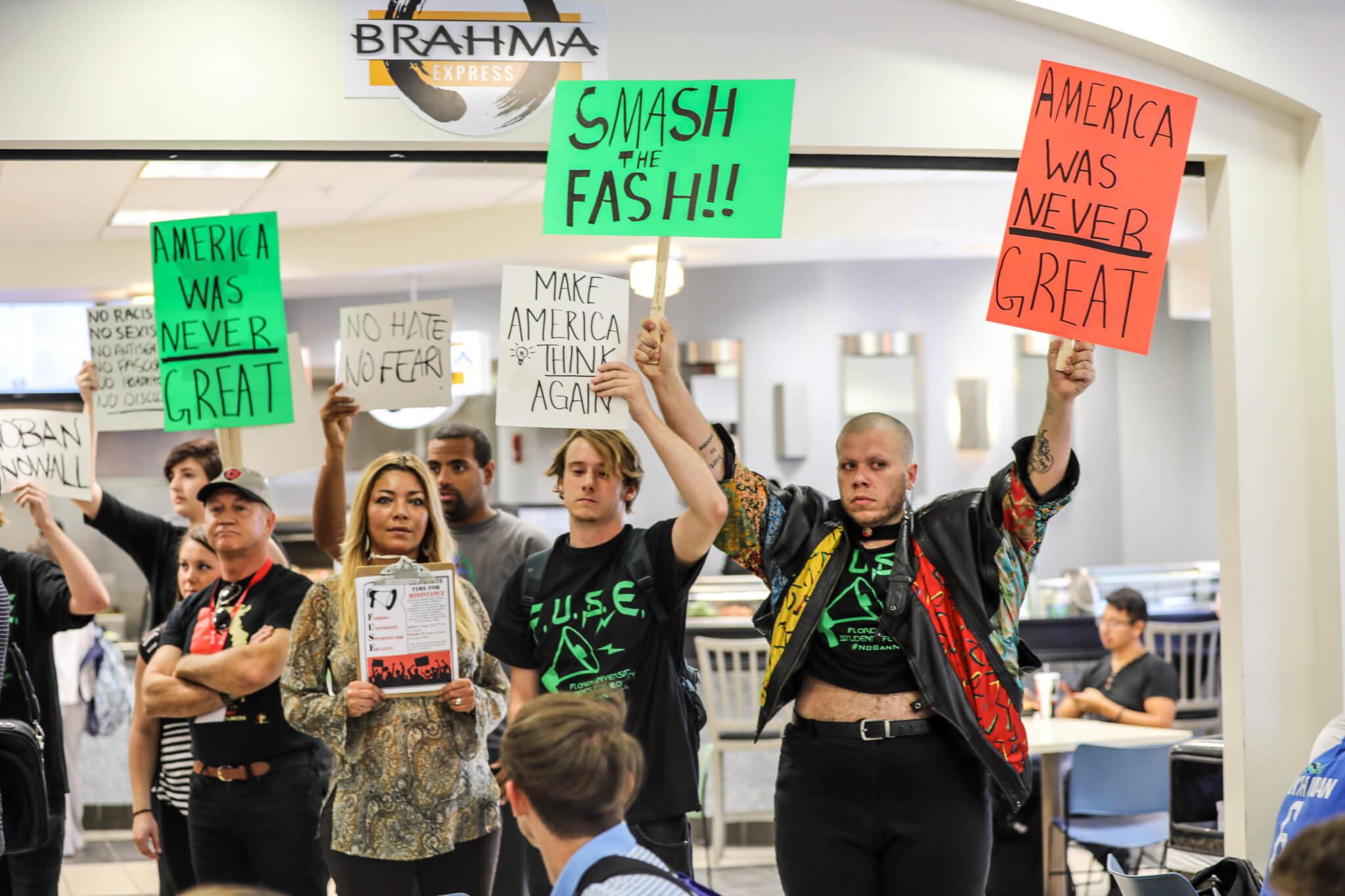 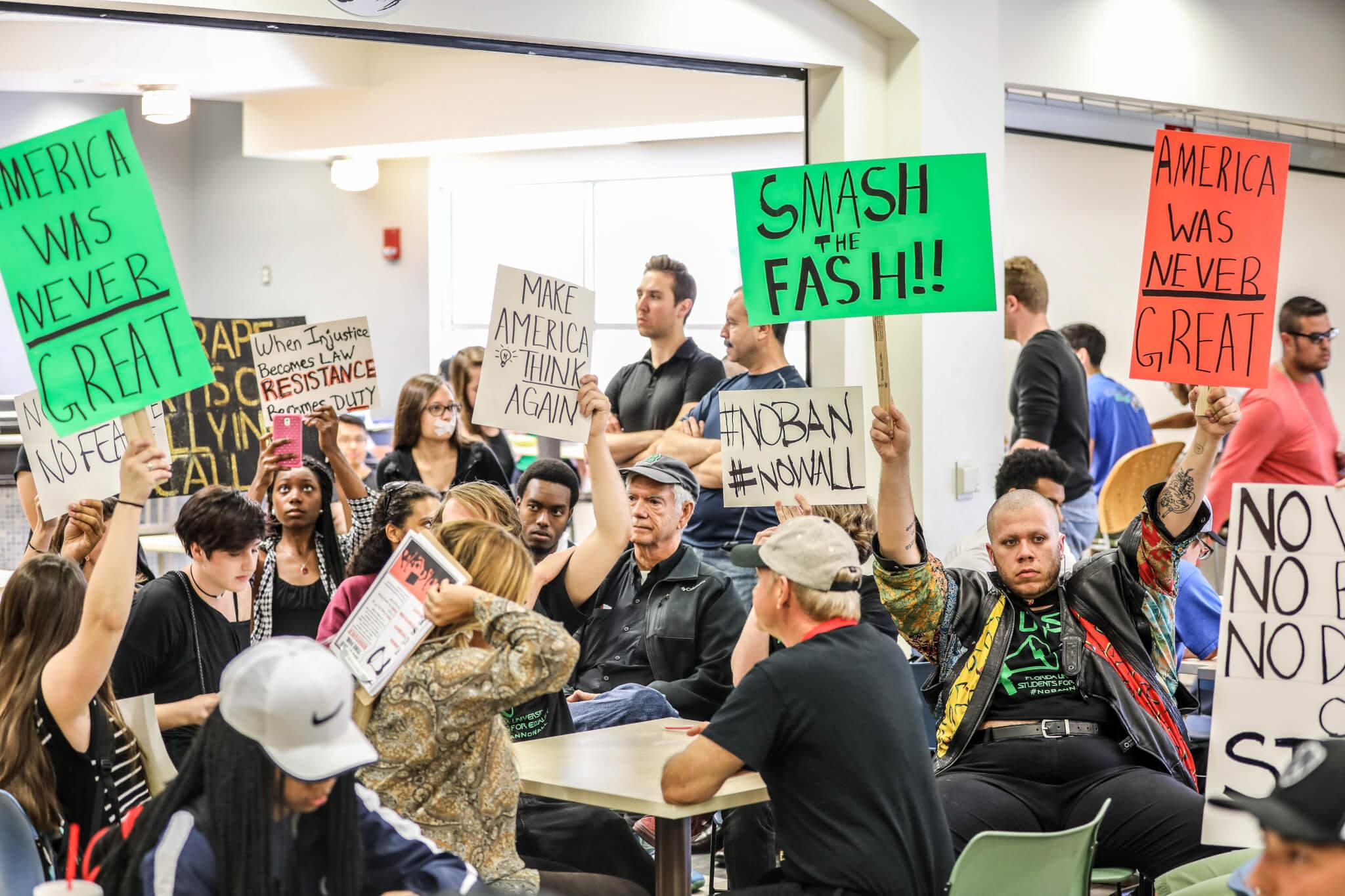 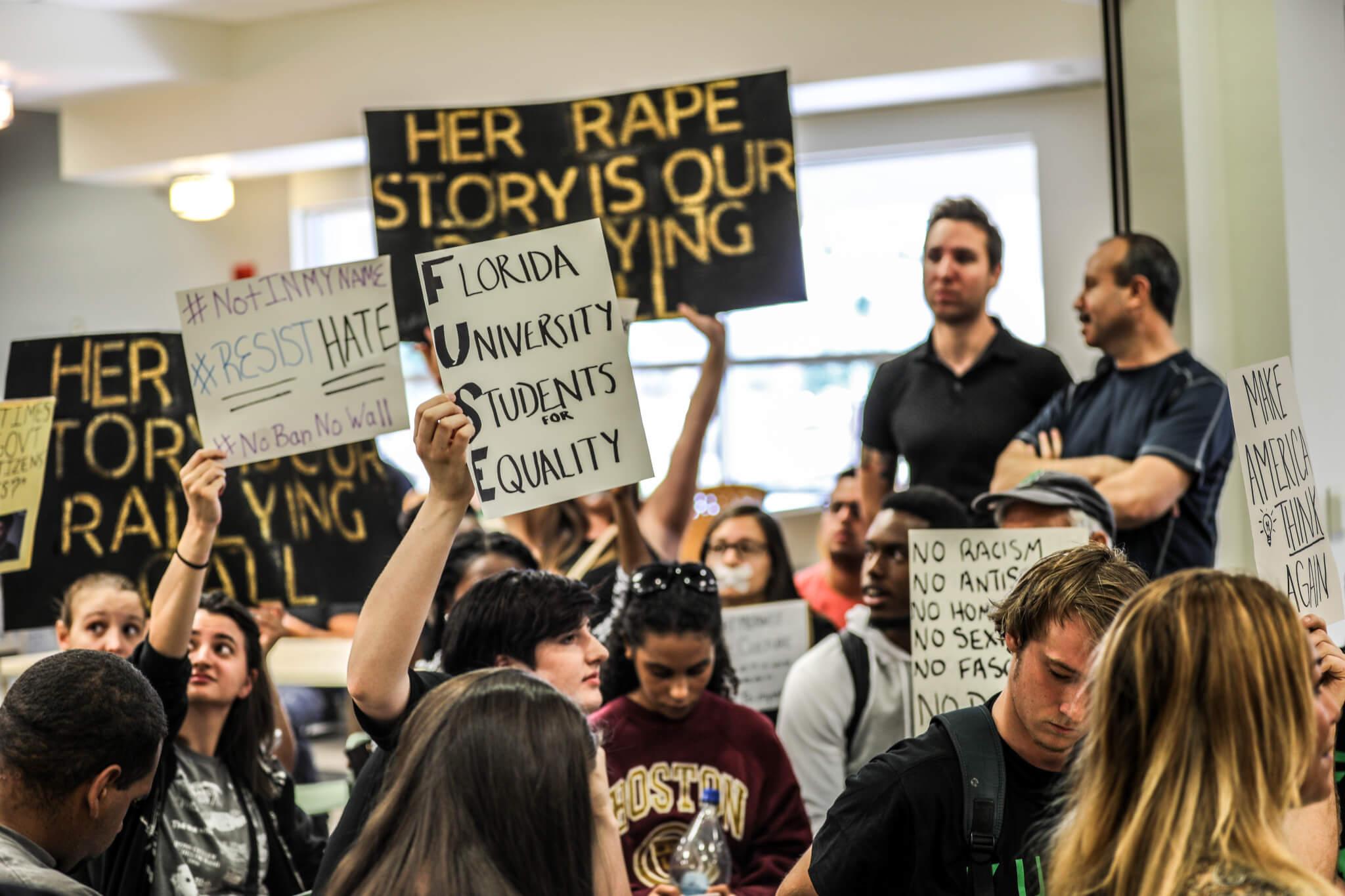 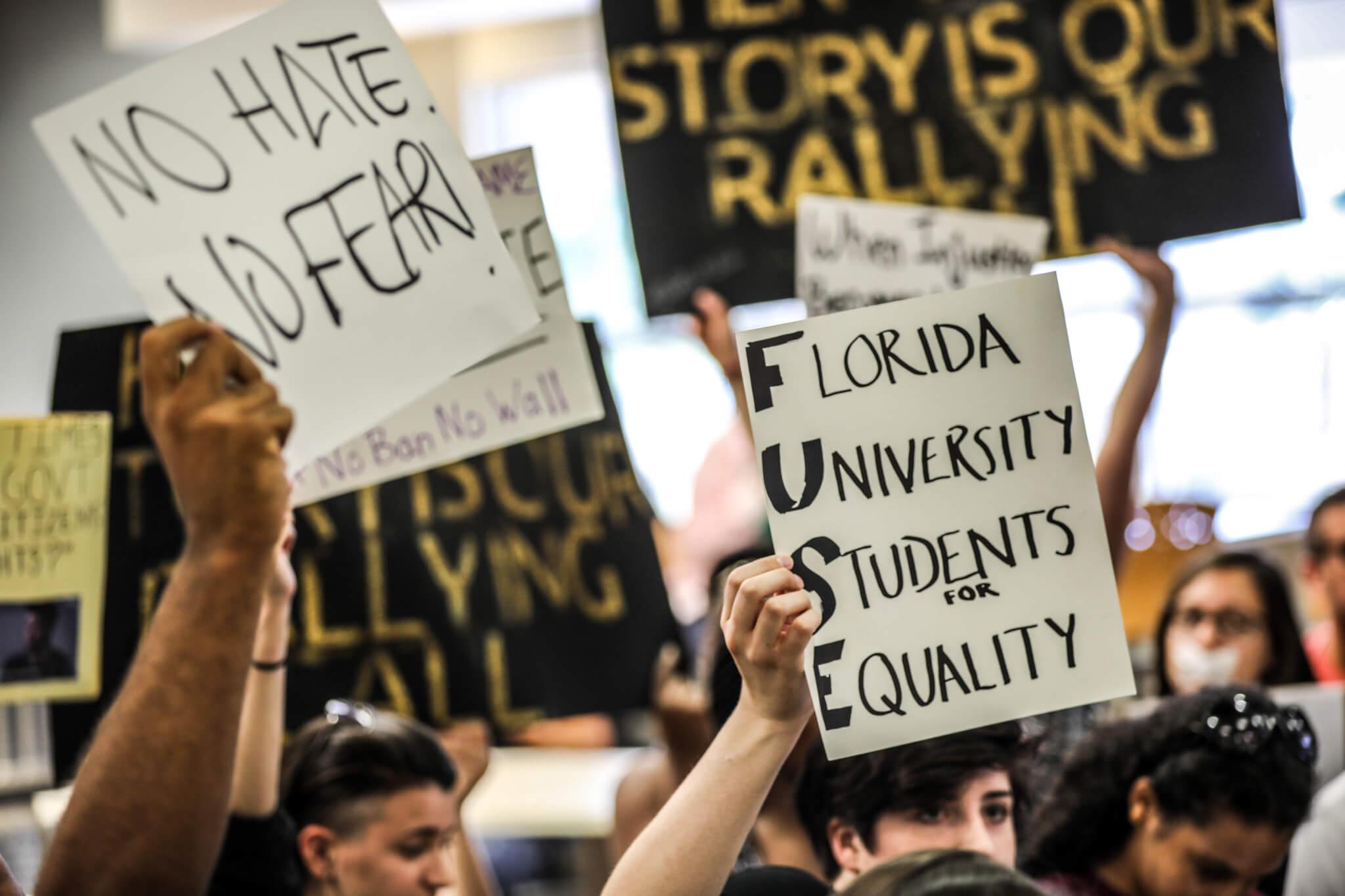 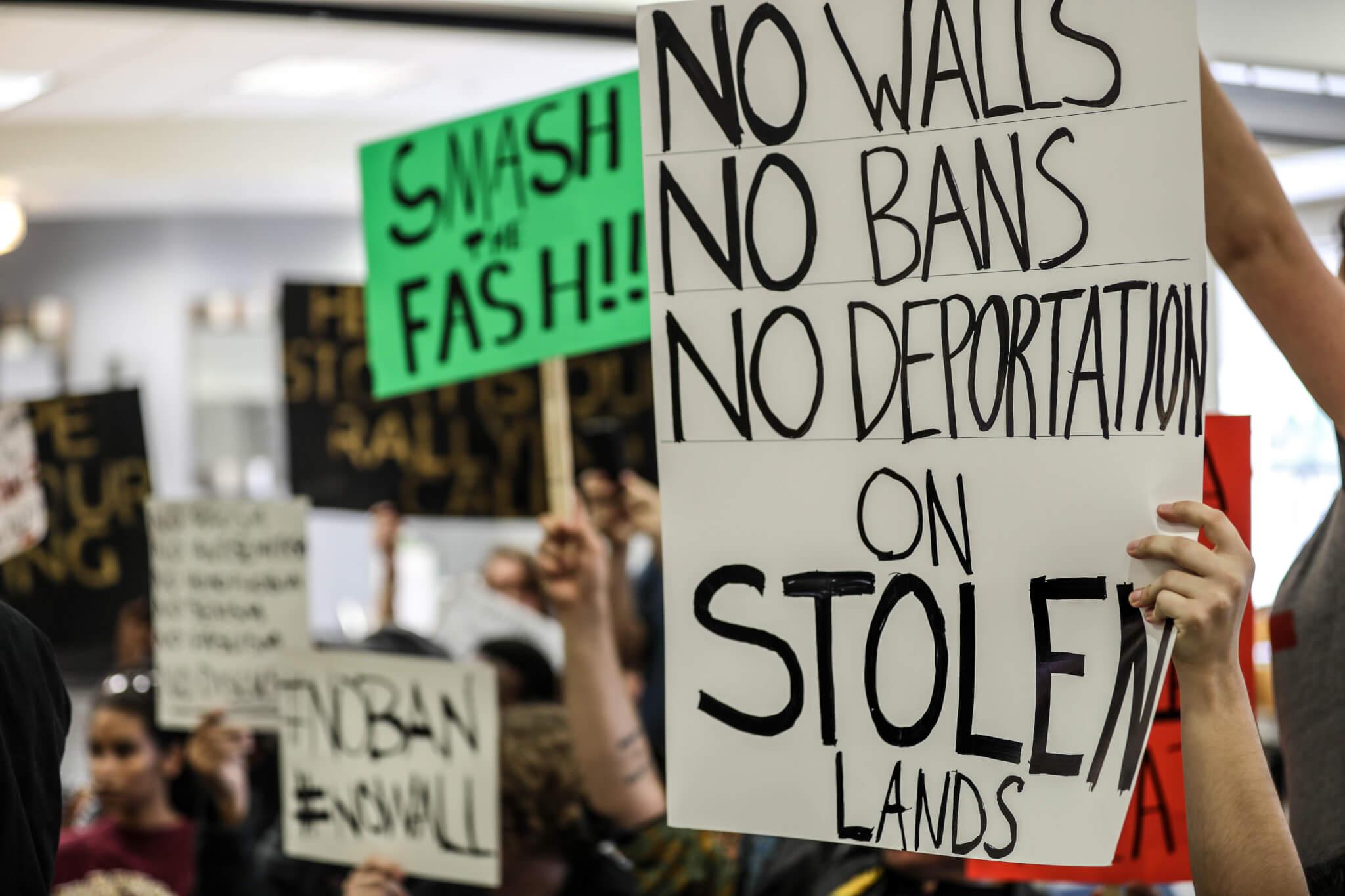 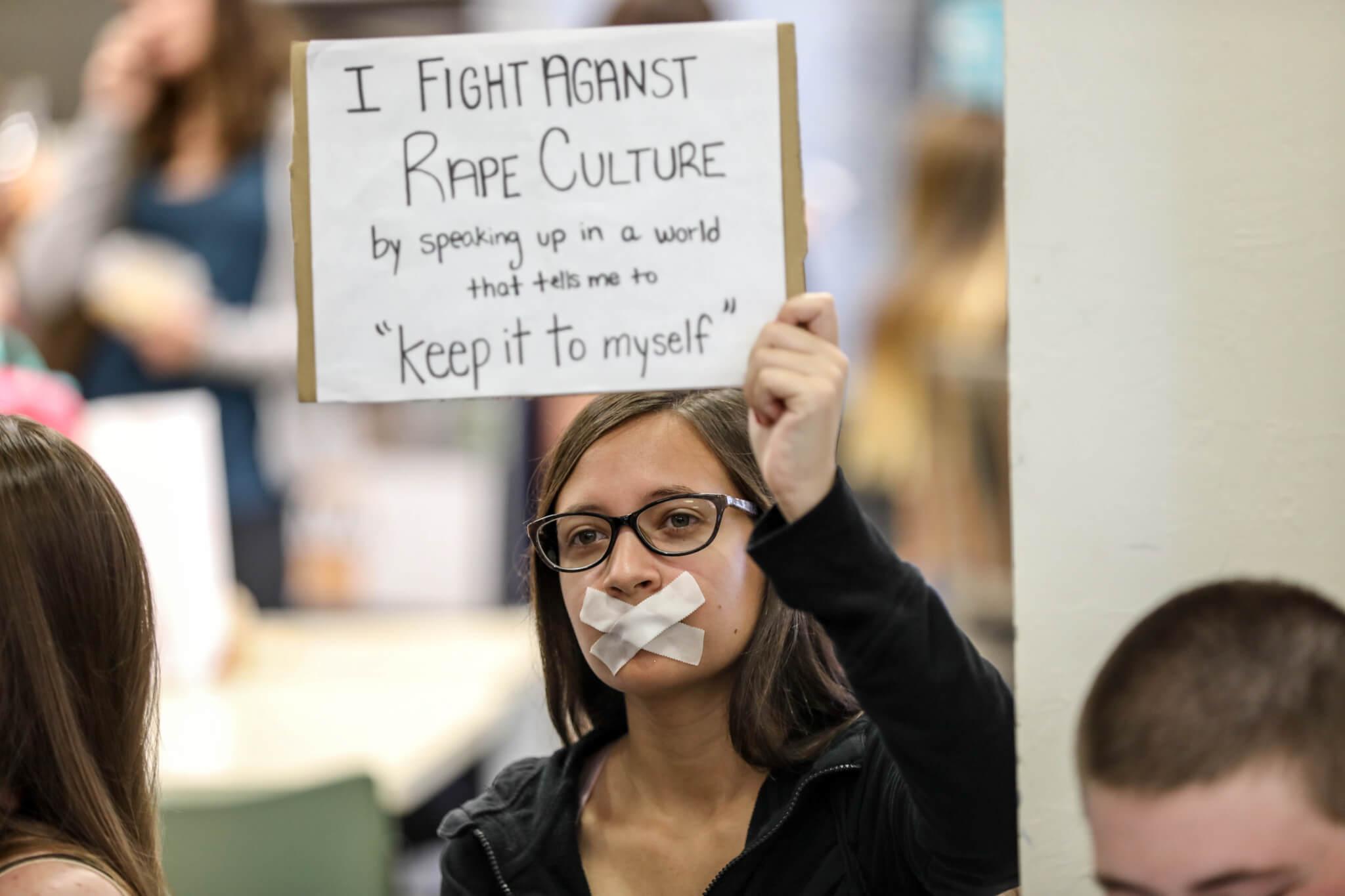 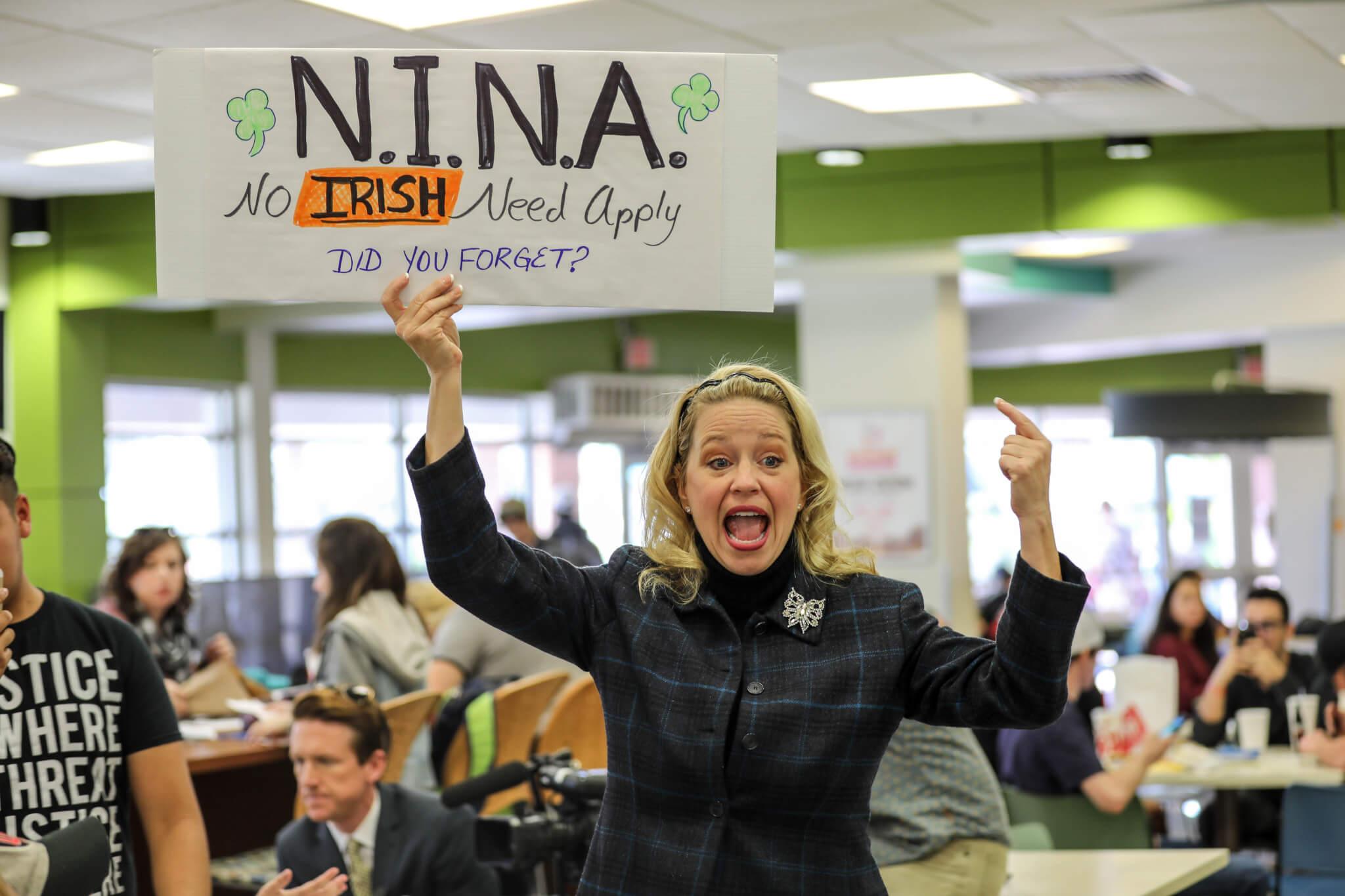 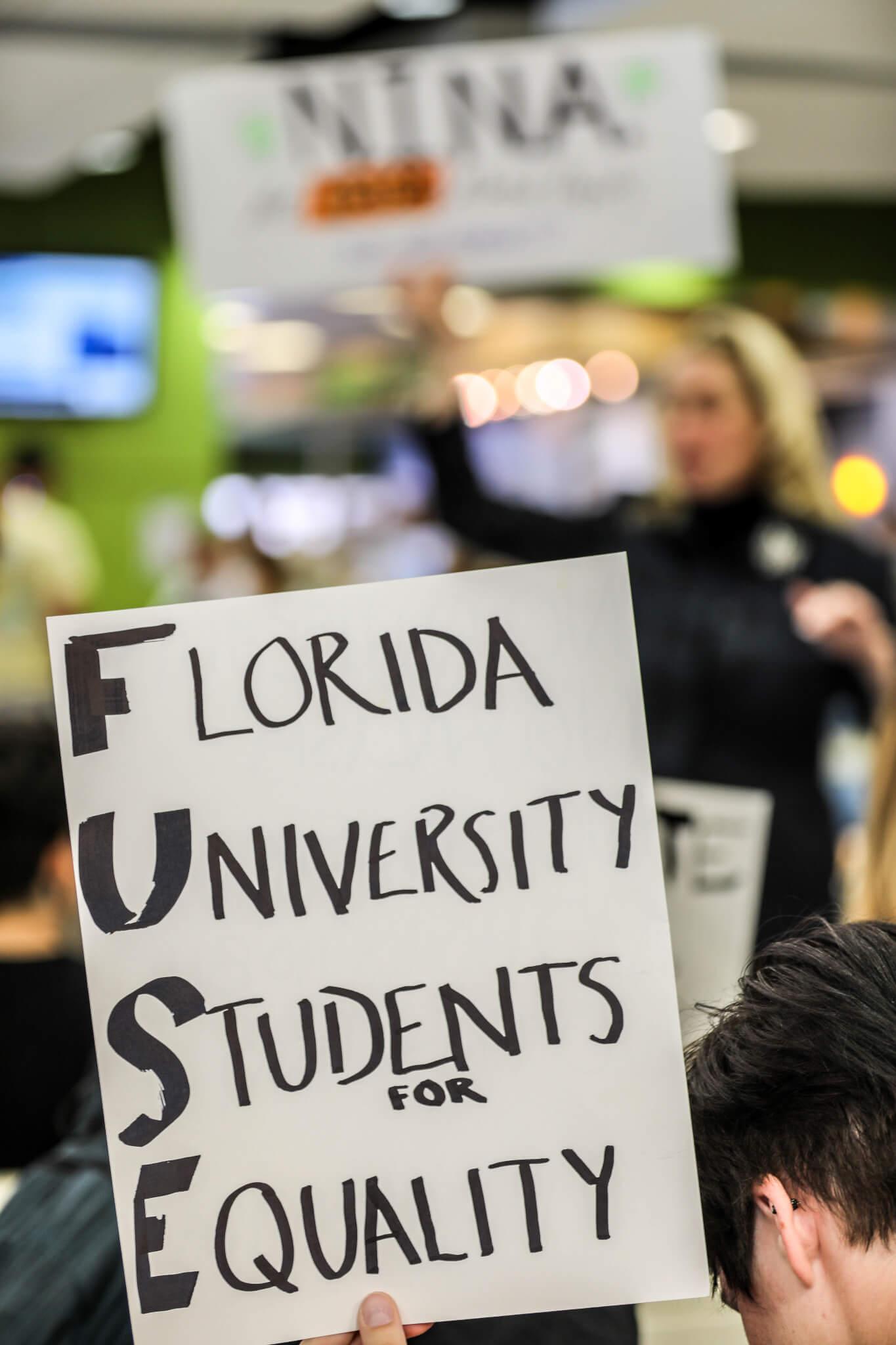 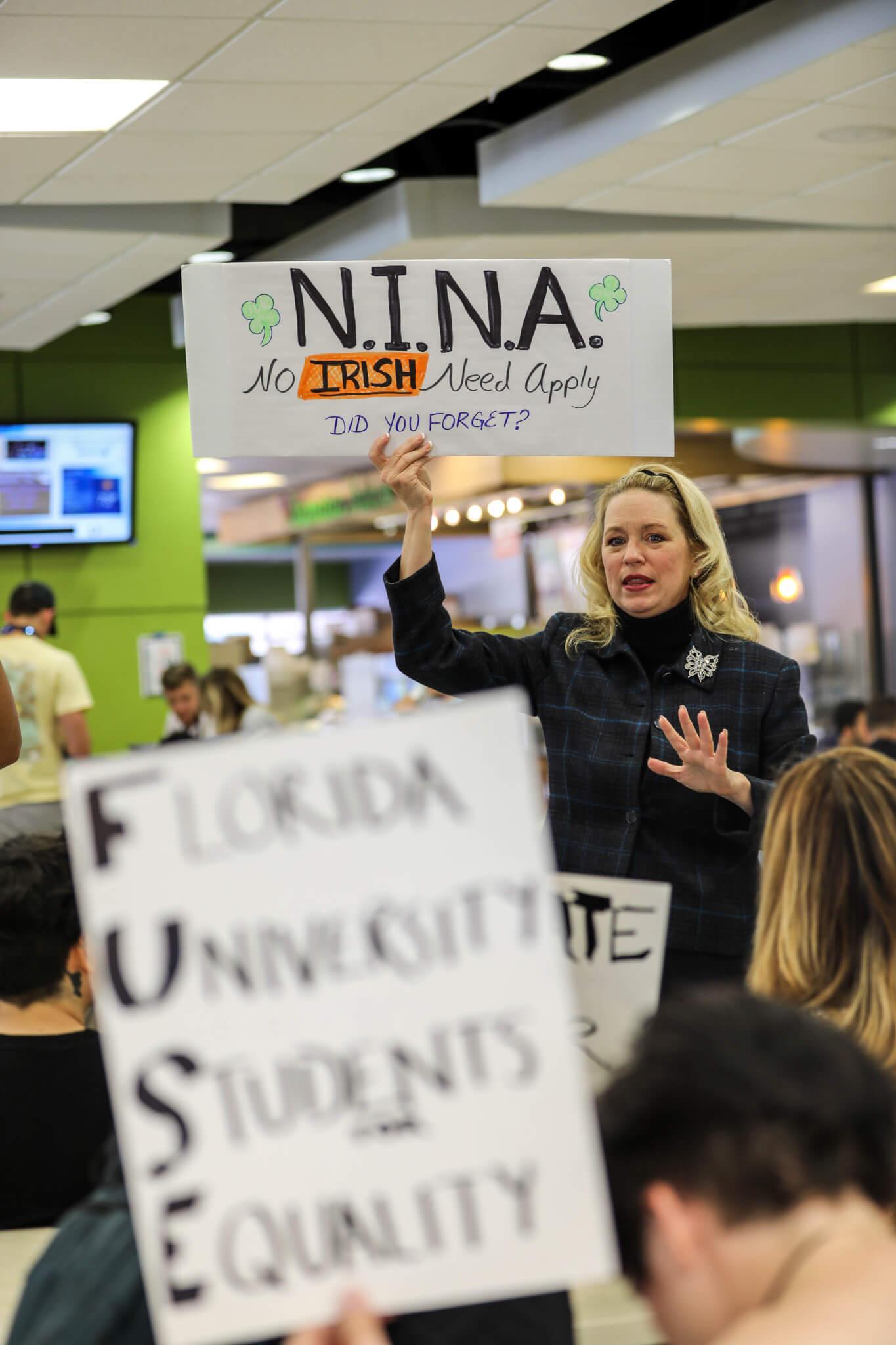 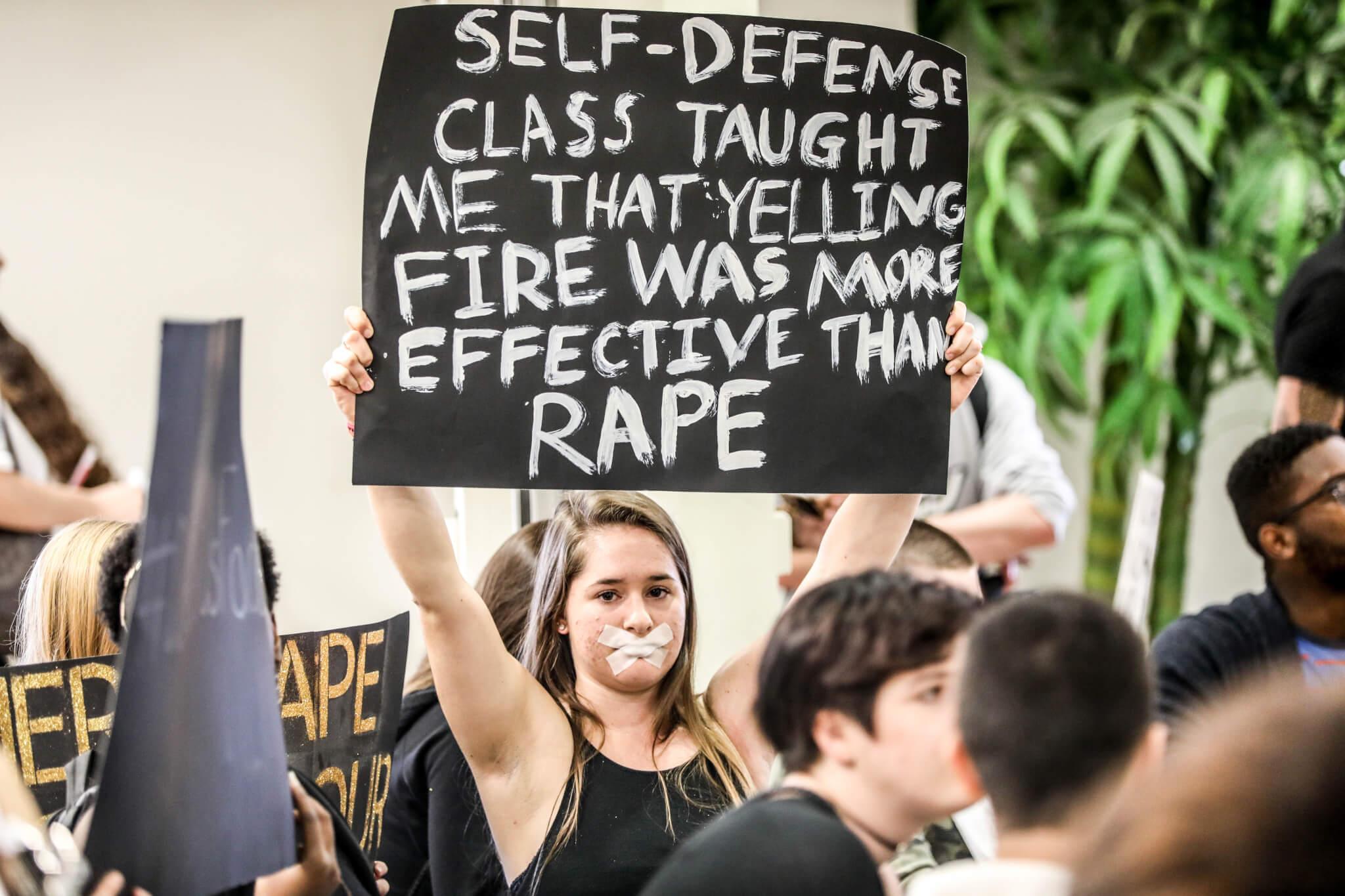 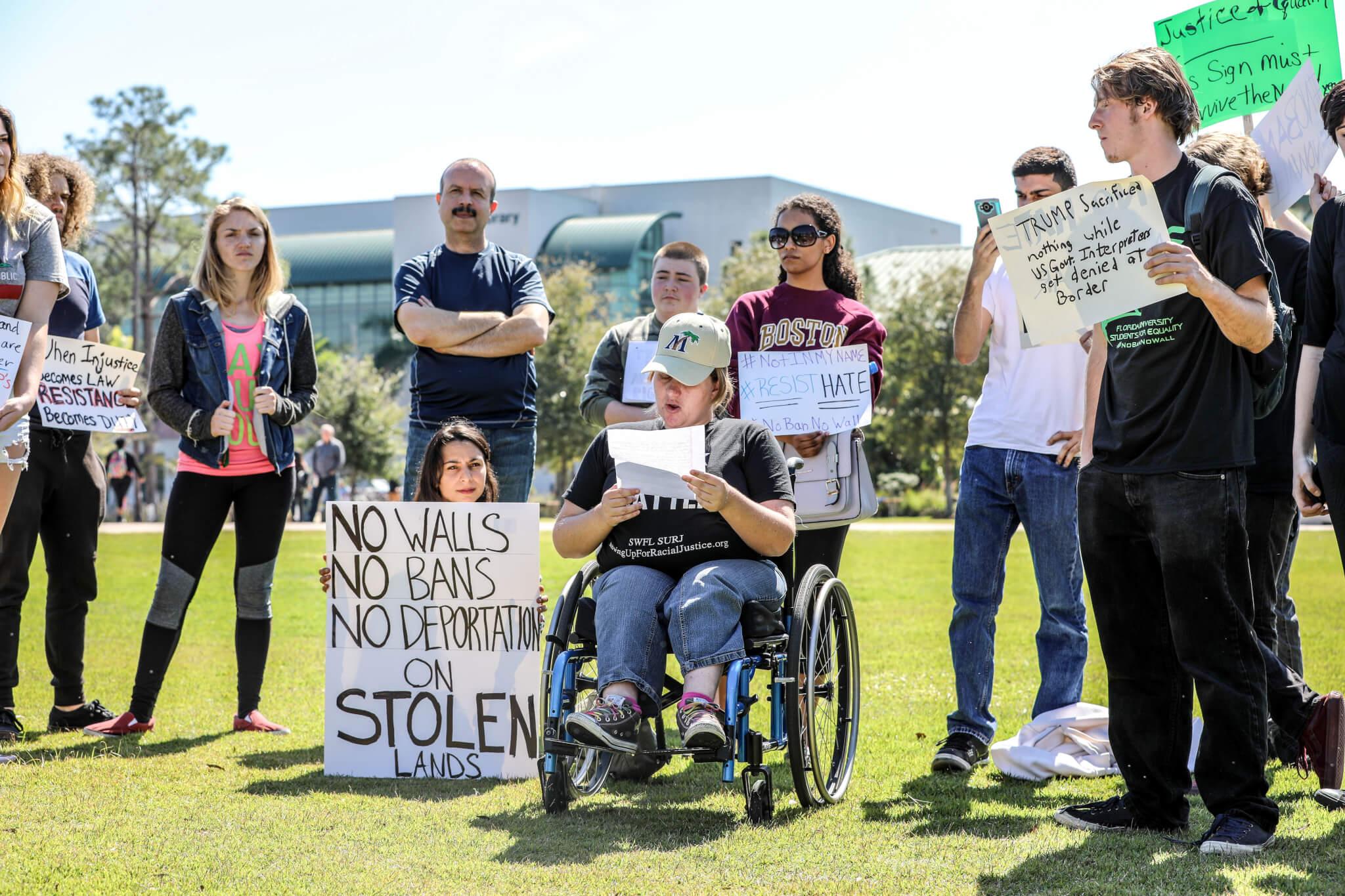 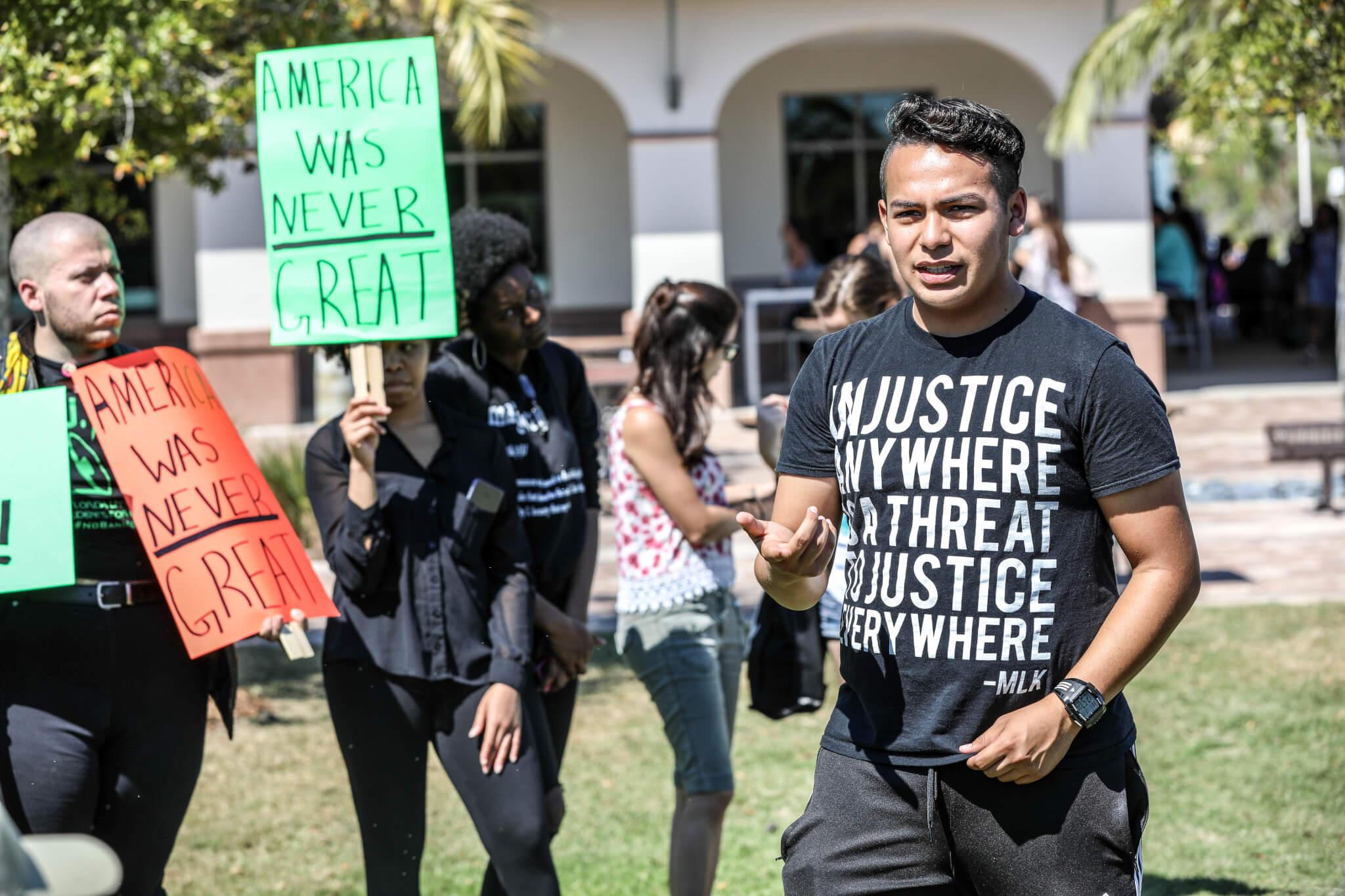 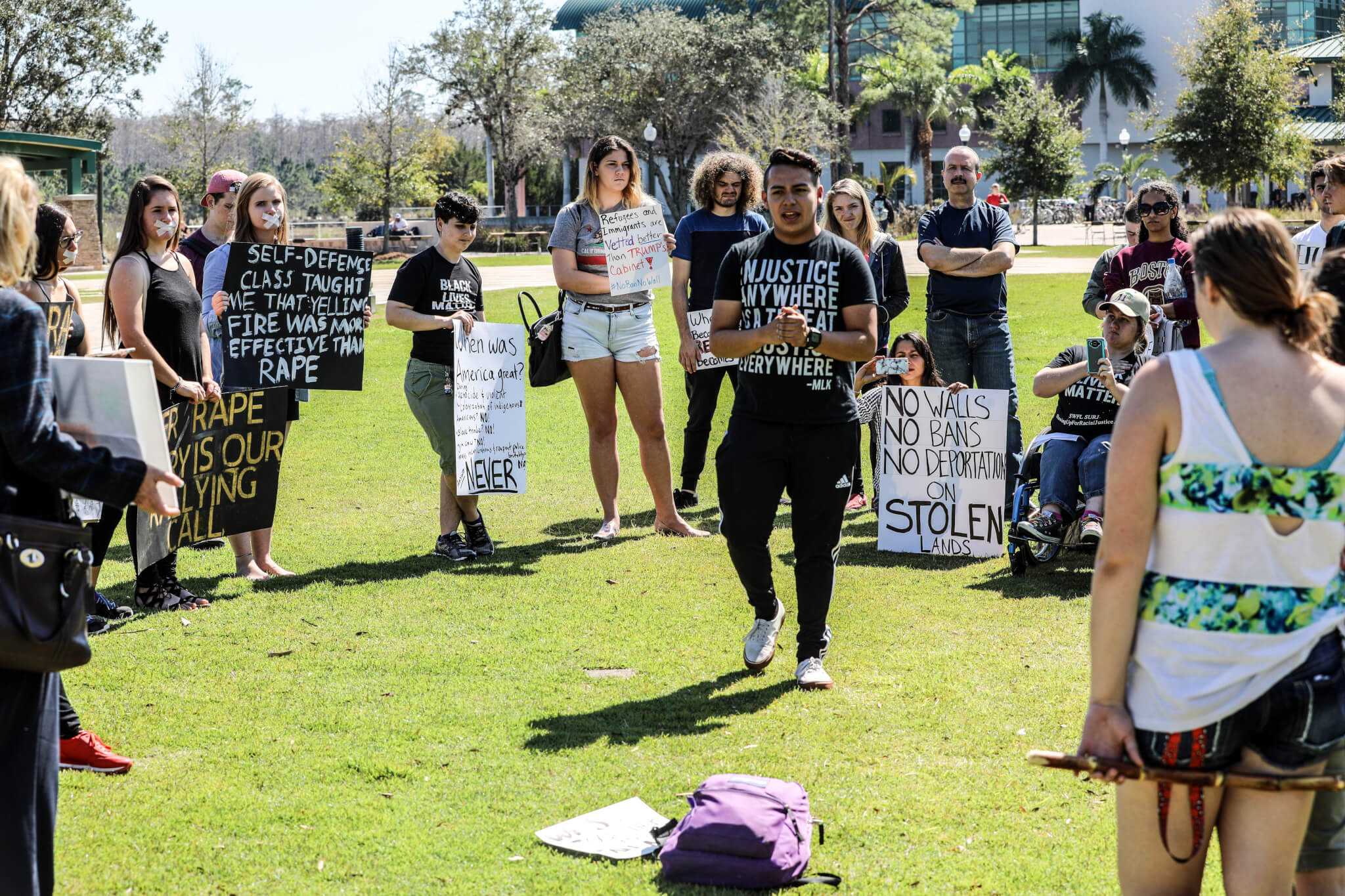