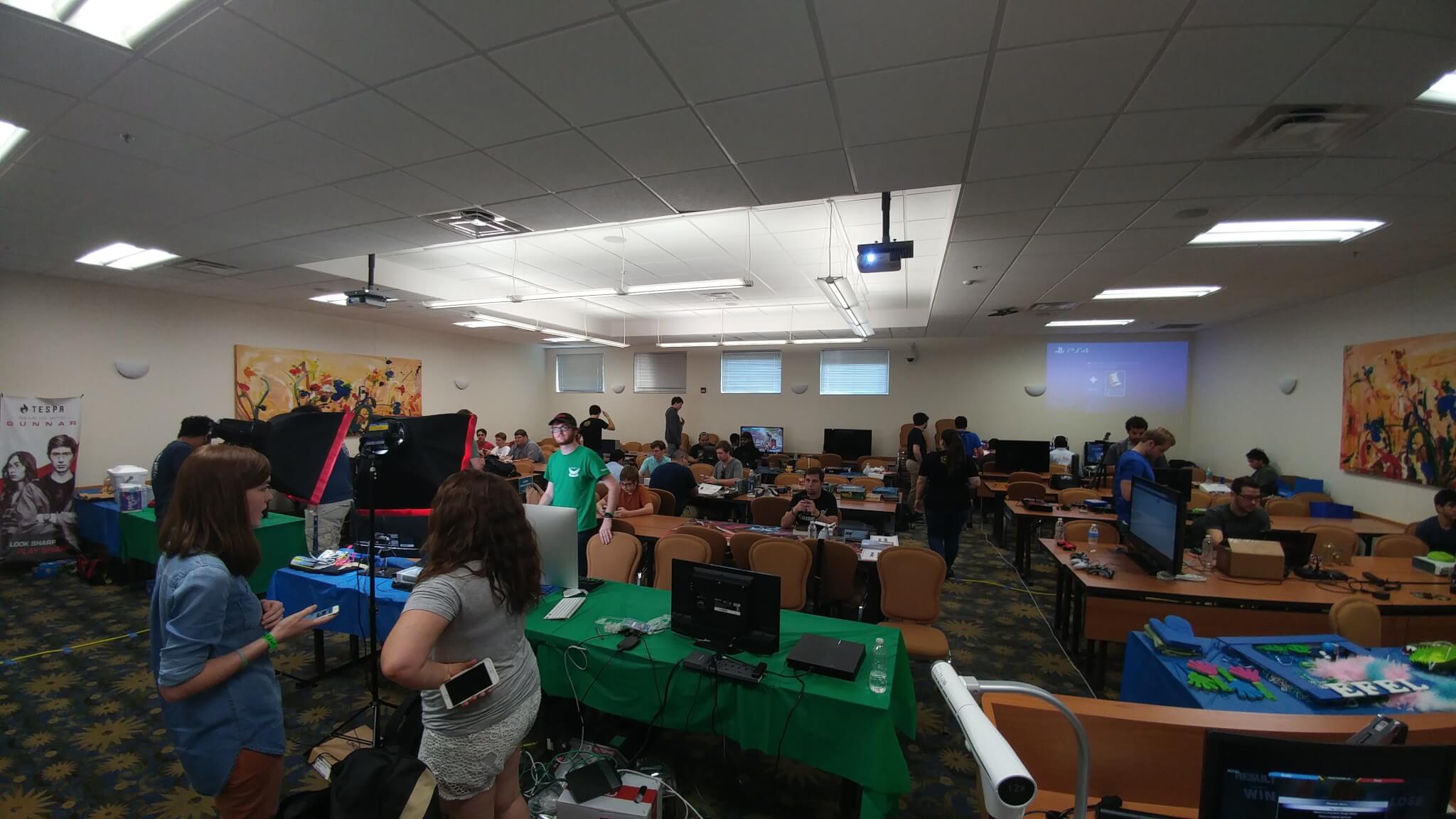 Filmed and edited by Javier Moncado.

While most gamers binge-play through the night, gamers at FGCU got up early on Nov. 5, grabbed their consoles and made their way to Sugden Hall to participate in the Extra Life event, Game Day.

EFEL was an all-day gaming event where students got together and played games to raise money for the Johns Hopkins All Children’s Hospital. Students who wanted to participate made a donation of at least $5 to receive all-day admission to the event along with raffle tickets and a chance to win prizes.

Each participant was free to bring whatever gaming device he or she desired, including, but not limited to, full PC setups, old-school games like “Super Smash Bro. Melee” and newer titles like “Overwatch” and “Street Fighter V.”

The event was live-streamed on Twitch, and also featured a Street Fighter tournament that gamers could compete in to help raise money for donations.

EFEL was part of a much larger event that took place the same day called Game Day, an event that unites thousands of gamers around the world to raise money for hospitals in the Children’s Miracle Network.

This group of students organized this event for their Civic Engagement class after Strawhun pitched the idea to the organizers at Extra Life and got their approval to go ahead with the event.

With help from the Eagle eSports community, Strawhun, Funke, Bedell and Benfante started laying down the groundwork for this event.

According to Strawhun, the Fort Myers and Estero area suffers from a philanthropic gap where fundraisers don’t have much of an appeal to the college students, and she wanted to change that.

“We wanted to provide something to help close that gap,” Strawhun said. “[We wanted something] that’s targeted and unique to the young people and culture that we have on this campus.”

By focusing her attention on something she thought FGCU students would be interested in, she helped make EFEL a success.

The original goal of EFEL was to raise $500, but that goal was easily surpassed with the help of 58 participants and more than 60 donors who together raised more than $1,000 for the Extra Life organization by the end of the night.

“We ended making our goal (of $500) in maybe three hours of the event going on,” Funke said.

Surpassing their goal so quickly wasn’t something that members of the organization thought would happen, but they were extremely pleased with the results and the turn-out of FGCU students and faculty.