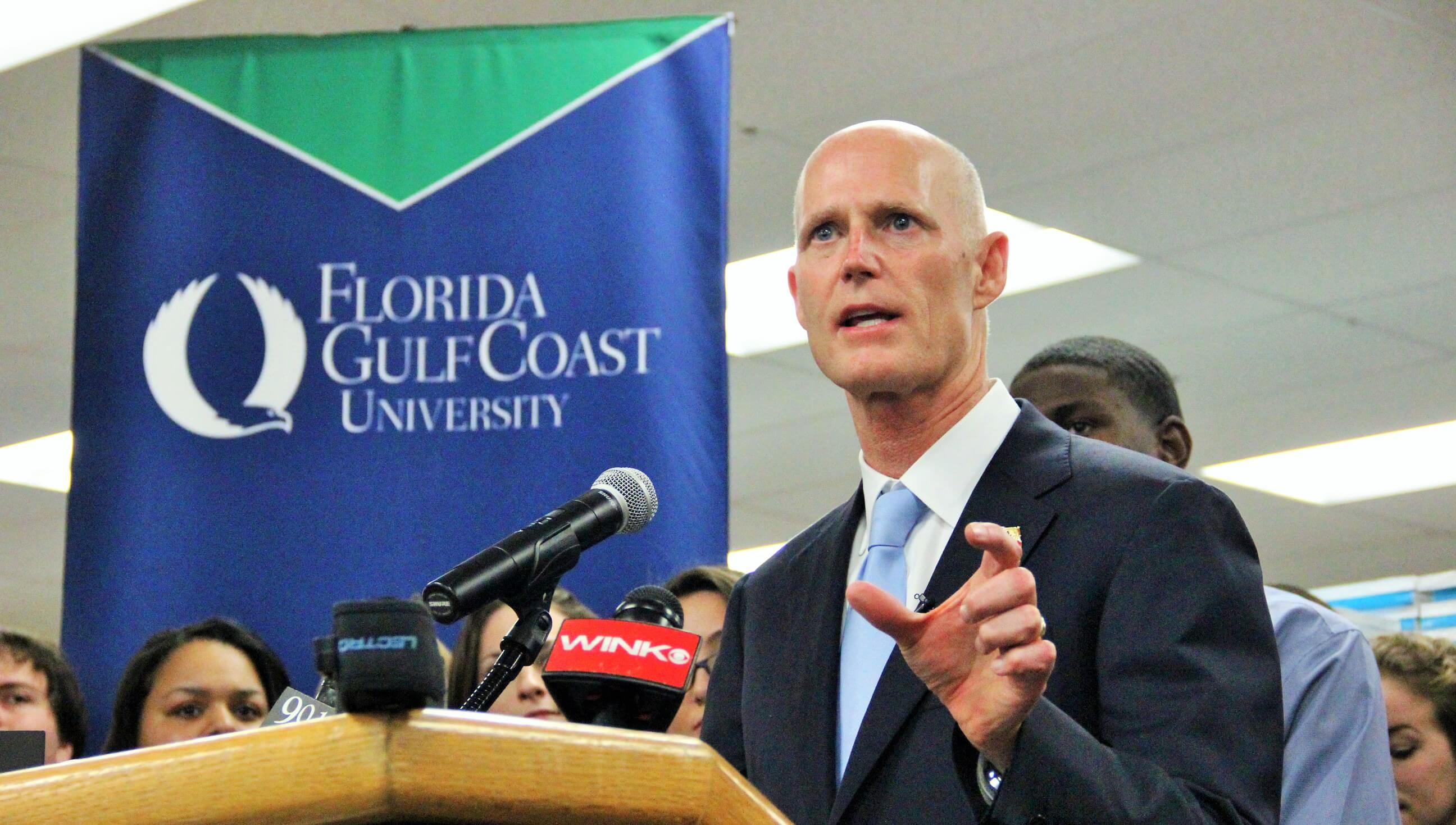 Florida Governor Rick Scott speaks to the press after his press conference in the Florida Gulf Coast University bookstore where Scott discussed his plan for tax breaks on textbooks on Friday Jan. 30, 2015. (EN Photo / Kelli Krebs)

The new tax cuts are a part of the governor’s 2015-2016 budget entitled “Keep Florida Working,” which he released Wednesday. His budget calls for three major changes: the elimination of the sales tax on college textbook, the availability of the Florida Bright Futures Scholarship Program during the summer semester and reducing the sales tax on cell phones, cable and satellite TV.

The press conference took place in the FGCU bookstore, where students, faculty and local residences gathered among the clothes racks in order to catch glimpse of Florida’s 45th governor. He was joined by Florida State Representatives Heather Fitzenhagen and Ray Rodrigues, Student Government Senator Anton Ervin, honors biology major Claudia Hernandez, President Wilson Bradshaw, and Board of Trustees Chair Robbie Roepstorff – all of whom voiced their support for the budget.

“Education is the backbone and the cornerstone of good economic development and of good business,” Roepstorff said. “I am extremely happy to announce, and this is from administration and trustees, this year we will have absolutely no increase in tuition or an student fees at all.”

Scott claimed that these changes in the budget are made possible through the increase of jobs and residents during his term.

The budget is expected to go into effect July of this year.