The 16-month search for a new university president begins 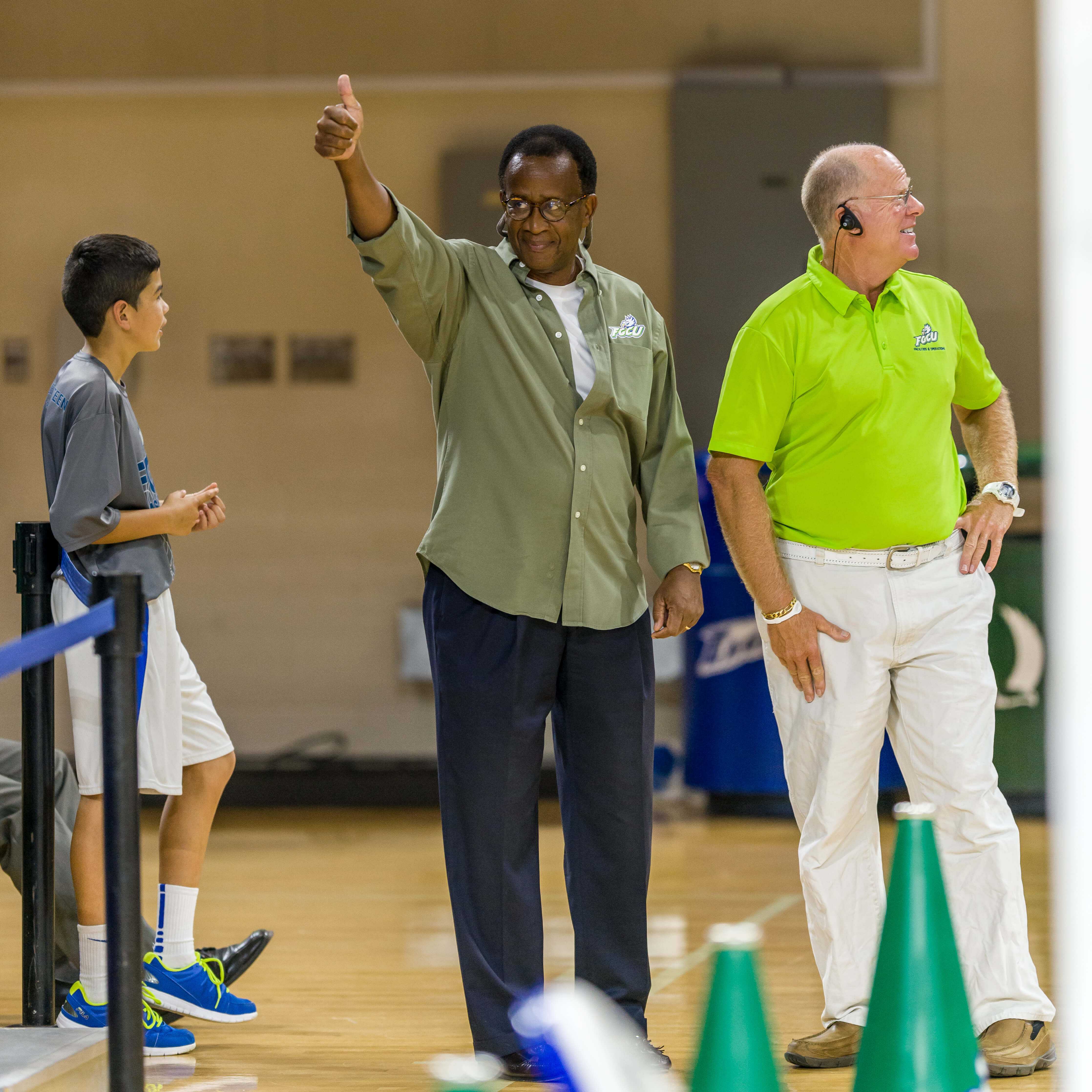 There are sixteen months left until President Wilson Bradshaw will step down as the head of FGCU, and the Board of Trustees has already taken the first steps toward finding his replacement.

“I’m kind of like the captain of the ship, and others ultimately will drive the ship,” Smith said. “I will handle running the process.”

The process, according to FGCU chief of staff Susan Evans, will involve a 14-person committee charged with finding at least three candidates to present to the full BOT. The ultimate decision will be made by a majority vote of the BOT — at least seven of the 13 trustees must approve a candidate.

Goodlette appointed former BOT chairwoman Robbie Roepstorff to be the vice chair of the committee. Edward Morton, a founding member of FGCU’s BOT and now a member of the Board of Governors, will also be on the committee.

The committee will be joined by two faculty members, one student, one staff member, one academic dean, three community members and one member each from the FGCU Foundation Board of Directors, the Finance Corp BOD and the Alumni Board. Each committee member will be chosen by Goodlette based on recommendations by the member’s specific campus group. For example, two students will be nominated for the position by Student Government, and then, Goodlette will select one for the role.

Evans said each of the positions is important toward giving the committee a good idea of what the FGCU community needs from a president.

“For example, if you are a community member on the committee, you are representing our five counties of Southwest Florida, and possibly beyond, as to what the community is looking for in a new president,” Evans said. “(It’s the) same kind of approach with the student, with the faculty members, with the staff; they are representatives of those larger groups.”

While Smith said he does not yet have a deadline in mind for bringing presidential candidates to the BOT for a vote, he does want to have a president chosen by May or June 2017.

“We don’t want to have an interim president,” Smith said.

Smith said he will have a more specific timeline once the committee is selected and can begin meeting.

One of the first things the advisory committee will do is hire a firm to decide what a reasonable starting salary for a new president would be. Then, the committee will decide what the job description for the position will entail and hire an executive search firm to look for candidates. Smith did not know how much hiring the two firms would cost, but he said the funding will come from FGCU’s Foundation Board and the university itself.

Smith said he would like for the process to be transparent. Committee meetings will be open to the public, and he said he asked Evans to set up a webpage and both a Twitter and Instagram account to keep people updated on the search.

“We want everybody to be involved and have a voice,” Smith said.

Smith said it is important for the committee to represent different parts of the FGCU community so that the group has a variety of input.

“We need a president to come in and take all the good things President Bradshaw has done and move us forward,” Smith said. “This individual will take us to the next level.”

Although Evans is not a member of the committee, she will be “staff to the committee,” meaning she will help coordinate communication between committee members, among other things. Evans said the exposure from the presidential search will help bring FGCU to a national stage.

Evans, one of FGCU’s first five employees, has served every president and interim president the university has ever had.

“They’ve all been very different people; they’re different individuals,” Evans said. “They all share some things though: high energy level, which is very much required; a love of higher education and how the university experience can transform students in terms of their quality of life, as well as their jobs and careers; and I would say that even now, the next president still has an opportunity to be a pioneer here.”

Bradshaw’s retirement will become effective July 1, 2017. He will have been FGCU’s longest-serving president, at almost 10 years. After that, he will take a one-year sabbatical and then return to FGCU as a full professor for at least two years, according to his contract. He will teach in the College of Arts and Sciences.