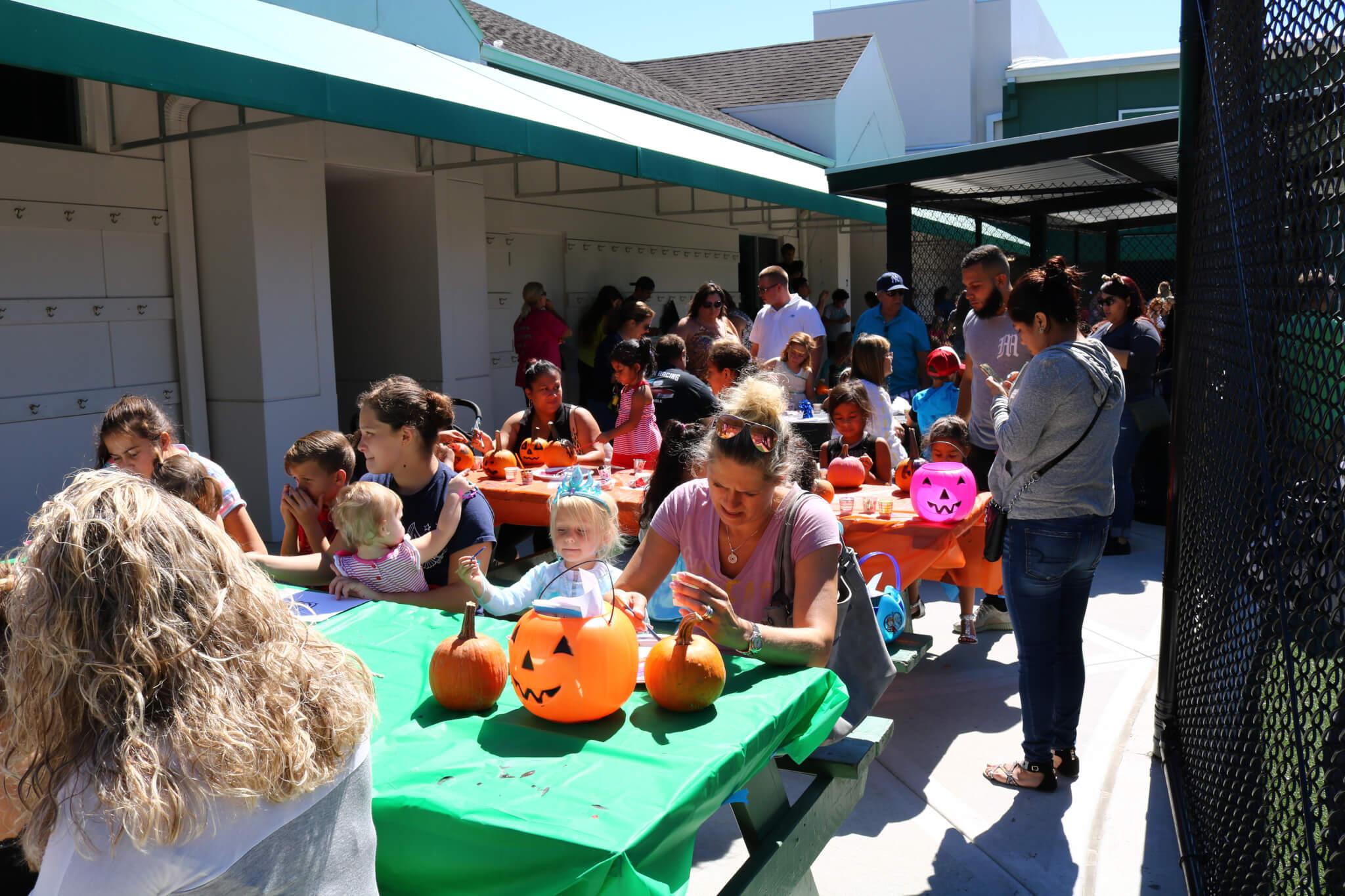 The Help a Diabetic Child Foundation held their Plumper the Pumpkin event on Saturday afternoon during the second annual YMCA Fall Festival celebration in Naples.

The sight of parents and children dressed in their Halloween costumes, filled the halls of the YMCA that afternoon.

Brenda Hernandez and a few FGCU students held their event at the YMCA Fall Festival. Hernandez had her hands full with pumpkins, paint and insulin pumps.

Parents and children who participated in the event received a pumpkin that they could paint. Those who donated to the Help a Diabetic Child Foundation also received a raffle ticket to gain entrance to the Naples Diabetes Conference on Nov. 6, according to Hernandez.

“The number one reason I organized the event was to spread awareness about diabetes and have more of a younger generation know about the effects that diabetes can cause,” Hernandez said.

She also explained that she wants students at FGCU who suffer with diabetes to know that there is help out there for them.

Hernandez predicts that over 300 people, including parents and children, attended the event. They gave out 158 pumpkins for the children to paint.

“We had such a great turn out. I didn’t expect this amount of kids to attend. It was great,” said Hernandez.

Balavage’s son was diagnosed with Type 1 diabetes when he was 16 years old. Soon after, Balavage learned about the struggle that some families and students go through because of the high cost of diabetes.

“We founded this organization to try to lift some of that burden off of them,” said Balavage.

The Help a Diabetic Child foundation helps children and students get the supplies they need at times when they can’t afford it. The organization uses donations to purchase diabetic supplies and distributes it free of charge to those who need it the most.

“Diabetes is on the rise. More and more people are getting diagnosed with diabetes as time goes on,” Balavage said.

The awareness is not over either. On Nov. 6, The YMCA, alongside the Help a Diabetic Child Foundation, will host the second annual Naples Diabetes Conference.

It is a great opportunity for students with or without diabetes to educate themselves more about the disease, and learn how they can help children and students with their fight against diabetes.

Both Balavage and Hernandez will be there, and there will be an opportunity for students to gain service learning hours at this event.

Contact Hernandez at bhernandez9937@eagle.fgcu.edu or go directly to the Help a Diabetic Child Foundation’s website for more information.