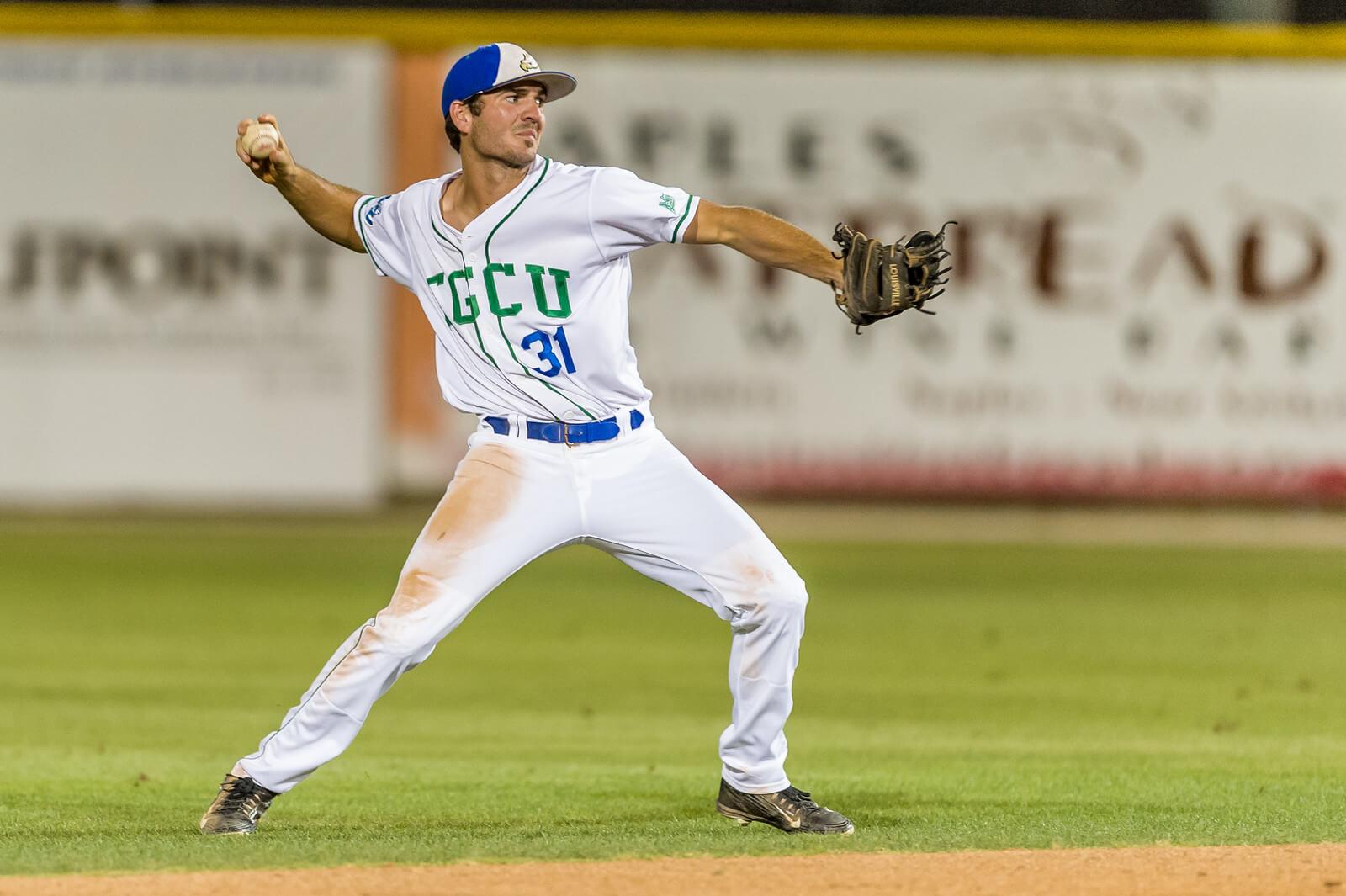 A former FGCU standout and All-American, second baseman Jake Noll is headed to our nation’s capital after being selected by the Washington Nationals as the 214th pick of the seventh round in this year’s MLB Draft.

Following another All-American selection from Baseball America to go along with his Louisville Slugger recognition, the Punta Gorda, Florida native becomes the 26th player to be drafted out of FGCU.

“Jake has been a pleasure to coach over the last four seasons, and I couldn’t be more proud of him,” head coach Dave Tollett told FGCU Athletics. “On top of being able to flat out hit, he comes to the ballpark ready to work each and every day. That’s what is going to separate him. We’re excited to see where his career goes from here.”

The 2016 A-Sun Player of the Year finishes among the top offensive players on the diamond for the Eagles in the program’s short 14-year existence, ranking in the top-10 in multiple categories with 267 career hits, 44 doubles, 151 runs scored, 131 RBI and 49 stolen bases.

With the seventh round selection, Noll ranks as the second highest position player drafted in FGCU history behind Michael Suchy, who was selected 161st overall in 2014.